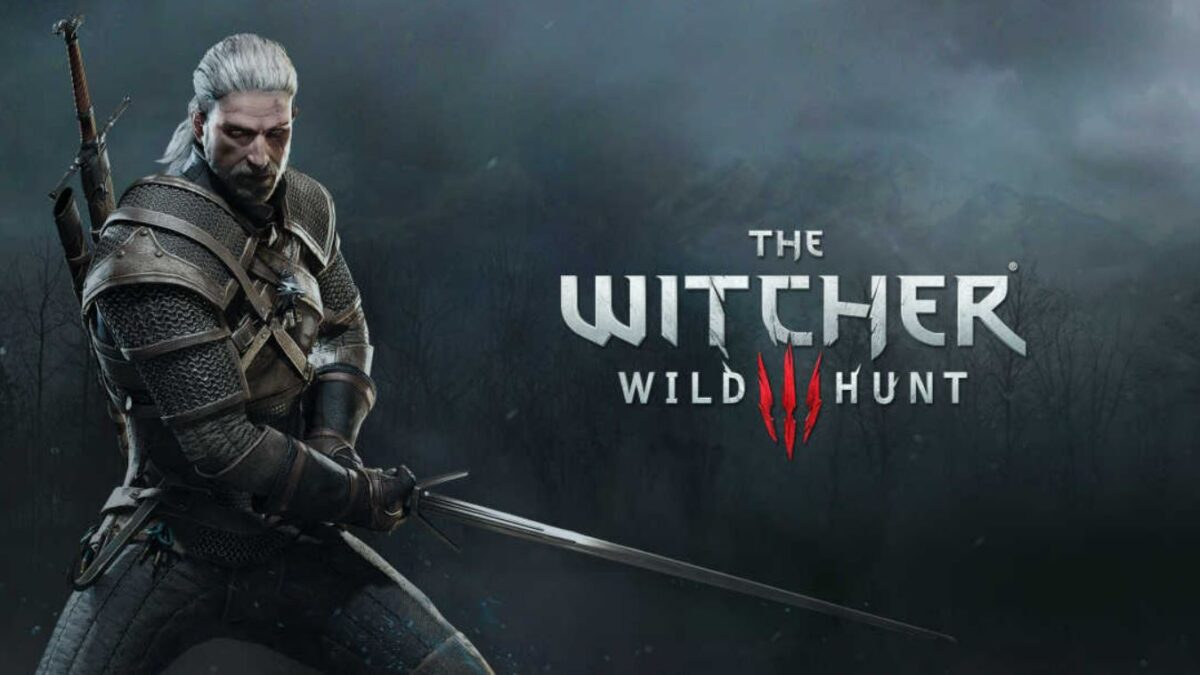 The Witcher 3: Wild Hunt on Mac

The Witcher 3: Wild Hunt is a worthy third installment in The Witcher game series which, in itself, is an adaptation of the popular book series of the same name. As before, you take control of Geralt of Rivia, a wandering monster slayer for hire, called a witcher, who travels the land, defeating various types of magical creatures and fulfilling quests given to him by people he meets, all the while trying to accomplish his own personal goals. The Witcher 3: Wild Hunt, offers a similar gameplay loop and mechanics as its predecessors, but also streamlines and improves some aspects of the previous game, resulting in a well-polished title with a lot to offer to fans of the action-adventure and RPG gaming genres. If you’ve been wanting to play The Witcher 3: The Wild Hunt on your Mac, it may be discouraging to learn the game is not supported for macOS. Despite this, there are several methods to play it on a Mac, and we are about to show them to you in the guide section of this post. Before we get there, we have a few more words to say about this game to hopefully help you decide if it’s something you may be interested in playing in case you are still on the fence about playing this game.

The plot and story of the Witcher 3 take the player back to the Continent – a fantasy world inspired by Slavic mythology. Throughout the game, the player also gets to visit alternative dimensions, but the Continent is where the bulk of the gameplay takes place. Like its predecessor, the Witcher 3: Wild Hunt is an open-world game that lets you freely explore the vast Continent, complete side-quests, and find secret locations that can allow you to power up your character. What impresses here is that the game’s world is, indeed, huge – it features mountains, plains, forests, seas, small villages, fortresses, large cities, and more. You are free to traverse the world on foot, on horseback, or swim across the seas using boats or ships.

Despite its impressive size, the world of the Witcher 3: Wild Hunt, rarely feels like there’s a lot of unused or empty space. Most of the places you visit have something to be done in them, which is largely thanks to the points of interest system implemented in the gameplay.

The end result is the perfect fantasy setting, made unique by the use of Slavic mythology as the basis for lore and world-building. Of course, most of this is thanks to the source material – The Witcher books – but it certainly works perfectly in the context of a video game.

The gameplay of The Witcher 3: Wild Hunt flawlessly combines the gameplay styles of the RPG and the action-adventure gaming genres to provide the player with a fun, yet challenging experience with a lot of mechanical depth in it.

The character-progression system has been revamped – you still have access to a ton of different skills and abilities that Geralt can learn, but now everything has been made more streamlined and easier to use. At the same time, the number of spells you have access to has been expanded and the spells themselves now have new alternative casting modes.

Another improvement is that it feels like you don’t need to be min-maxing your character to be able to defeat your enemies without too much trouble. Instead, you are encouraged to try different builds and find your own style of gameplay. At the same time, however, if you are going for a specific “min-max” build, the game would reward that, making many of your opponents significantly easier to take out.

As for the combat side of things, the battles in The Witcher 3 are highly enjoyable, with responsive controls, cool combinations, and a good variety of enemies that require different tactics to be defeated. The combat itself can be sometimes challenging, but it’s not on the same level as the Soulsborne games, so if those are a bit too much for you, but you still enjoy action RPGs, then The Witcher 3: Wild Hunt may be a perfect game for you.

A few words about the story

While the story in the previous game started out with a bang and stayed that way through the majority of the game, The Witcher 3’s story may feel a bit more restrained and toned down. Though there are still plenty of impactful and emotional moments, the main storyline revolves around Geralt completing quests for various characters in order to gain information about the whereabouts of his lover and their adopted daughter. Putting it like this, it may not seem like a particularly interesting story, but it’s the way that it’s presented, and the journey itself, that actually make the story of The Witcher 3: Wild Hunt quite enjoyable. It also helps that most of the side characters are interesting and well fleshed out, making you feel like you are truly traveling through a fantasy land that is populated by actual people with their own backstories, motivations, fears, goals, and desires.

This feeling is further enhanced by the fact that you often get to witness the consequences of your actions and choices and the effects that they have on the world around you. You may often find yourself revisiting a place where you’ve been earlier in the game to see how what you’ve previously done there has affected that place and the people living there. Admittedly, the choices you make in the game won’t have a very drastic effect on how the main story wraps up, but this doesn’t take away from the fact that your decisions and actions can often be felt and seen in the world around you.

The Witcher 3: Wild Hunt is definitely a game we would recommend to anyone out there who enjoys role-playing action games and enjoys the fantasy genre. It’s a polished game, with tons of content, well-executed gameplay, and an imaginative world and lore that have the advantage of being based on vast source material. If now you’d like to play The Witcher 3: Wild Hunt on your Mac, we’ve prepared a guide down below, that will provide you with several viable methods of doing that.

Can you play The Witcher 3: Wild Hunt on Mac?

Even though the Witcher 3: Wild Hunt has been out for over seven years, the game has still not received a macOS port and, in all likelihood, never will. This, however, shouldn’t discourage you from trying to play this game on your Mac. There are several viable methods that can allow you to enjoy The Witcher 3 on your Mac, in spite of the fact that the game has no macOS version. We will show you four such methods in the guide down below, so you can choose the one you think would work best in your case and follow the respective instructions in order to play The Witcher 3: Wild Hunt on your Mac.

How to play The Witcher 3: Wild Hunt on Mac

Using a game streaming platform such as Boosteroid or GeForce Now is the easiest way to play the Witcher 3 on Mac. All you need to do is get a subscription to the respective service and start the game from it. The game will be run on a remote gaming rig and streamed to your Mac, from where you can play it. This means that you won’t need to download the actual game and that your Mac’s specs won’t matter when it comes to the gameplay performance. The only determining factor regarding the game’s performance would be your Internet connection – it needs to be stable and fast so that there’s no streaming lag, and so that the game plays smoothly, without performance hiccups. Below, we’ve provided instructions on how to use these two cloud gaming services to play The Witcher 3: Wild Hunt on Mac. After them, you can also learn how to install or emulate Windows on your Mac in order to download the game, if that is how you’d rather play it.

How to Get The Witcher 3 on Mac:

Now you will need to register for Boosteroid. This allows you to add BioShock Infinite to their Cloud Gaming Library. Once uploaded you can seamlessly play the game from your Mac, TV, or Mobile Device.

Play The Witcher 3: Wild Hunt on Mac with Boosteroid

Play The Witcher 3: Wild Hunt on Mac with GeForce Now

For an in-depth guide on using GeForce Now, you can go here.

How to download The Witcher 3: Wild Hunt on Mac

If you prefer to have the game on your Mac rather than play it through game streaming services, it is possible to download The Witcher 3 on Mac, but since the game only has a Windows version and isn’t available for macOS, you’d first need to get Windows installed on your Mac, emulate it via a Windows virtual machine, or use a compatibility layer. The three methods have some quite significant differences both in their setting up process and in the performance, they provide in different situations. Generally, we recommend that Intel Mac users opt for the Boot Camp (Windows installation). On the other hand, if you are an M1 Mac user, the Boot Camp option won’t be available to you, so you’d need to use the Parallels one. CrossOver is available and works well for both Intel and M1 machines.

Playing The Witcher 3: Wild Hunt on Mac with Parallels

Play The Witcher 3: Wild Hunt on Mac with CrossOver

Like the Parallels method, CrossOver lets you download the game on your Mac to play it locally. The difference is that CrossOver is a compatibility layer, which means that the game will still be running on your macOS, but CrossOver will translate the Windows commands to macOS commands. The advantage of this method is that the game won’t be running on a virtual machine, so your Mac’s virtual memory and CPU cores won’t need to simultaneously support two operating systems. The downside is that it may take a while to set everything up and play The Witcher 3: Wild Hunt through CrossOver.

If you are interested in trying this method, here are instructions on what you need to do:

Playing The Witcher 3: Wild Hunt on Mac with Boot Camp

The cloud gaming options we mentioned earlier on this page are equally effective for both Intel and M1 Macs, so you can use Boosteroid or GeForce Now to play The Witcher 3: Wild Hunt on your M1 Mac without any problem. Creating and using a Parallels virtual machine for Windows 11 is another viable way of playing the Witcher 3 on your M1 Mac. Of the four methods mentioned here, only the Boot Camp method isn’t available to Mac M1 users because the Windows 10 OS isn’t compatible with the architecture of M1 chips and, therefore, Windows 10 cannot be installed on an M1 Mac using Boot Camp Assistant.