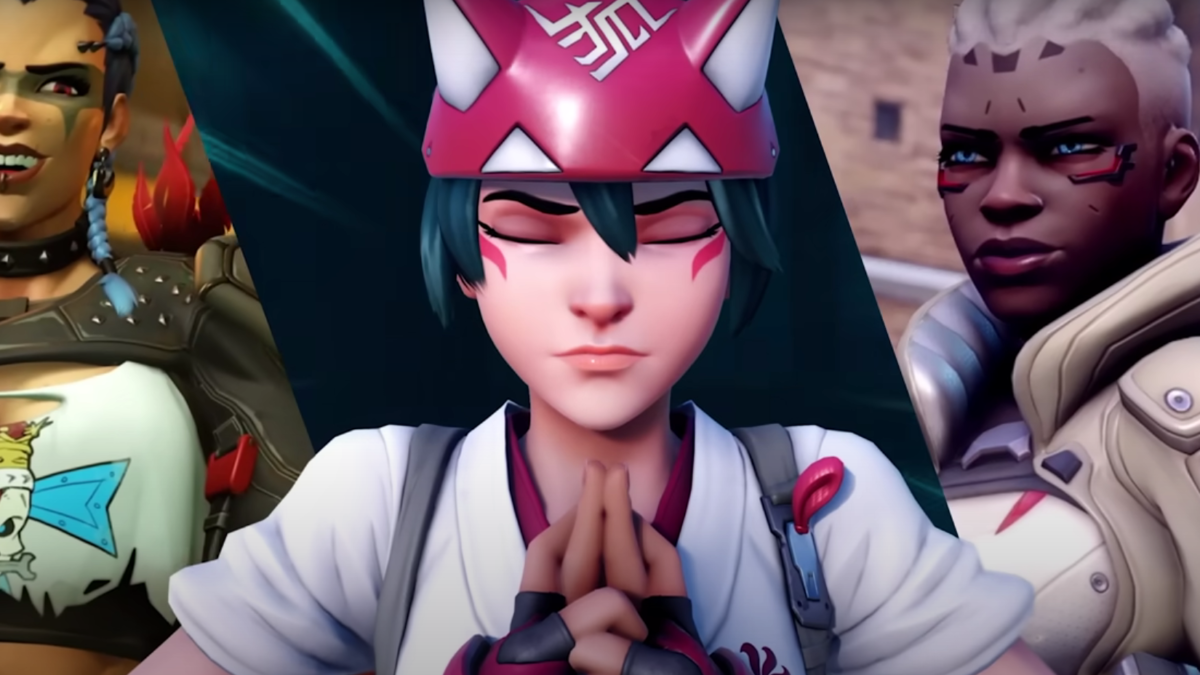 Overwatch 2 is a first-person game that comes as a standalone sequel to 2016’s Overwatch. The game features several notable updates. One of the first such updates that fans will notice is in the free-to-play multiplayer PvP mode. The number of players on a team in Overwatch 2 has been cut from six to five, which has resulted in revisions to a number of key characters and the way they can be played.

Another big highlight is the “shared multiplayer environment”, which lets you retain all of your unlockables and progression and compete with players from Overwatch and Overwatch 2 in the game’s current PvP modes. A shop has been added where players can buy new PvE content. Battle passes have been introduced to provide players access to cosmetic items and other rewards. Other updates that are worth mentioning include improvements to the game’s technology and graphic design, as well as the introduction to a story mode.

Overwatch 2 does not have a traditional single-player story mode. Instead, it includes player versus environment scenarios where a group of four players must work together to defeat AI-controlled enemies.

There are story Missions where you have to play with the new heroes of Overwatch 2, learn about their backstories and driving forces, and lead them into combat against Omnic troops across the game’s big and dynamic battlefields.

There are also more expansive Hero Missions where you can go into arenas and fight waves of enemies that get progressively more challenging.

Keen players will also enjoy the new multiplayer game modes. The main mode, Push, represents a battle between two hero teams. Each team tries to establish control over a robot controlled by the other team. The two robots go in the direction of the enemy boundary, pushing it in the process. Ultimately, the winning team is the one who pushes the boundary as far as possible and covers the most territory.

There are a few more multiplayer game modes in addition to Push, which emphasize teamwork, dynamic hero composition, and strategic play throughout the map.

Sojourn, a new playable character in Overwatch 2 has a leading role in the game’s developing story. Armed with a high-mobility gunner and a rifle that can shoot with powerful bursts of energy, this hero can defeat anything that comes his way.

Junker Queen is the second new hero. She is a tank-class character, armed with a shotgun and a big two-handed axe. She can recall her axe with a magic glove and use a dash attack in which several axes swirl around her.

Overwatch 2’s hero customization system is one of the game’s most anticipated features. Blizzard have included fully modifiable PvE environments where there are a number of ways to gain more power and level up your character’s skills.

Blizzard has put a lot of work into improving the Overwatch 2 game engine. This has led to maps that are bigger and more responsive. These maps can support story missions, new hero skills, and wave-based battle cycles, all of which have become more important in the PvE game modes. There are many maps in Overwatch 2, and all of them impress with detailed and high-quality graphics. The initial plot missions take place in Rio de Janeiro, but you’ll also have the chance to see Toronto, Gothenburg, and Monte Carlo.

A new and updated Ping system in Overwatch 2 is intended to boost team communication. In it, players may alert each other to the exact location of enemies or advantageous positions.

A brand-new Item system is available inside the Story Missions. It works with one-time collectibles (such as corrosive grenades, a healing station, and a barrier fence ) that may be used for the duration of the current mission.

There is also a Talent system that comes with a new way of leveling up that has been developed especially for the Hero missions. This feature is intended only for use in the non-competitive PvE mode and enables heroes to advance in level and acquire skills that improve their effectiveness in battle.

Competitive players of Overwatch 2 may also be interested in the new methods of keeping track of statistics. An MIT system, which keeps score of damage mitigated, has been added to the scoreboard. It is similar to the damage-blocked stat in the original Overwatch. However, aside from just calculating the damage that is blocked, MIT also counts the damage that is avoided during attacks.

It’s safe to conclude that Overwatch 2 has a similar aesthetic to the first game, but your favorite characters look and act a little differently. Almost every hero in Overwatch 2 has a new design, with improved visual quality across the board. The sound also does its job and adds to the style and vibe of the game. There are several changes to the game modes, and with the development of technology since the release of the original in 2016, Blizzard has clearly taken the chance to upgrade one of its most popular games.

Can you play Overwatch 2 on Mac?

Is Overwatch 2 on Mac?

Overwatch 2 isn’t officially supported on Mac computers, but you can still play Overwatch 2 on Mac. You’ll need to find a way to play it without native support. As mentioned the possible solutions are cloud gaming (Boosteroid) and installing a virtual Windows OS by using Boot Camp Assistant (not available for M1 Macs).

How to play Overwatch 2 on Mac

By far the easiest way to play Overwatch 2 on Mac is by using a cloud gaming service like Boosteroid. This is the method we recommend for playing Overwatch 2 on mac since this allows a smooth performance with the highest visual quality in a matter of minutes (depending on your internet connection).

Due to a lack of native macOS support, Overwatch 2 can also be played by installing Windows on your Mac. There are two ways to do this. The first one involves using a program called Parallels to set up a Windows environment inside of your Mac’s OS. The Parallels virtual machine is an application that runs on your Mac and simulates the Windows operating system so that you can run Windows-compatible programs. However, at the time of writing Parallels cannot be used to launch Overwatch 2.

Alternatively, you can use Boot Camp Assistant to install Windows 10 on your Mac. Using that program, you may create a partition on your Mac’s hard drive and install Windows there. After that, you may use your Mac as if it were a Windows PC by booting into Windows from that partition. It’s important to remember, however, that this technique is only compatible with Intel-based Macs. Due to incompatibility between Windows 10 and ARM-based CPUs, M1 Macs cannot use Boot Camp Assistant.

How to get Overwatch 2 on Mac

We’ll go through those options below, but keep in mind that you’ll need to sign up for a Battle.net account first so you can access the game. The game itself is on a free-to-play model.

How to play Overwatch on Mac with Boosteroid

After installing Windows with Boot Camp, you can download Overwatch 2 from the shop where you bought it. There is a prerequisite of installing the store’s client app before you may access the game.

Below, you’ll find a brief description of the Boot Camp Assistant setup process and links to a more in-depth guide on how to use the program to install Windows on your Mac.

To play Overwatch 2 on Mac with Boot Camp, obtain the Windows 10 installer file from the official website and open Boot Camp Assistant on your Mac. The next step in getting Overwatch 2 running on a Mac using Boot Camp is to use the software to install Windows.

Installing Windows 10 using the Boot Camp Assistant works for Macs with Intel processors. This method of installing Windows on a Mac is free, but once the OS is up and running, it will ask you to buy a license. Our comprehensive guide will teach you everything you need to know to successfully install Windows 10 with Boot Camp. The following steps are a brief version of the detailed ones: