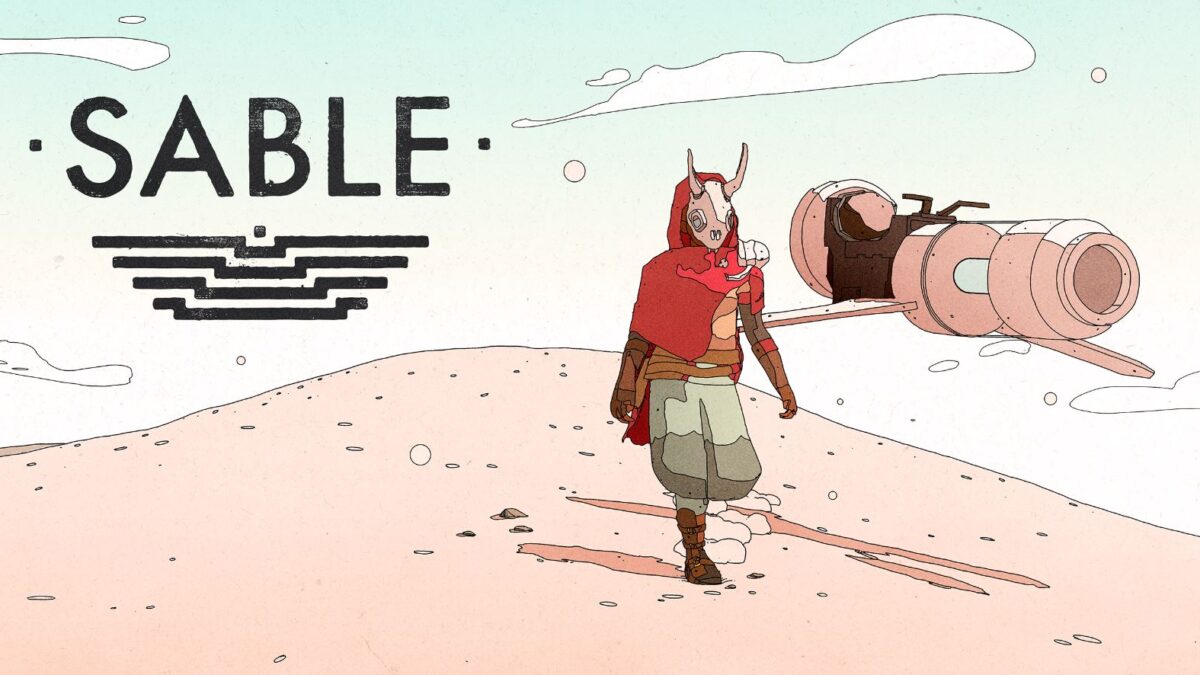 Sable is a third-person exploration game you can play on your Mac using workaround methods since the game lacks a native version. To play Sable on Mac, we recommend streaming it through cloud gaming, or using virtualization software, such as Parallels.

If you like open-world exploration games where you have the freedom to choose what to do and where to go, rather than being forced down a linear path, then Sable might be a title worth checking out. It is a charming open-world adventure game where you take on the role of a young masked protagonist on a solitary quest of self-discovery done through the exploration of the vastness of the surrounding world.

Notably, Sable is a laid-back, zen-type of game where you aren’t rushed to do anything in particular, and you are allowed to go through the game at your own pace. Whether you wish to take your time talking to strangers and taking in the beautiful, albeit mostly empty, environments, or you prefer to dash straight to the next task to further the story as quickly as possible, it is all up to you.

In this game, there’s no combat and the stakes are always decidedly low, as there’s no fail state. You can’t even die in Sable – falling from a great height will not kill you, but will simply halt your progress by forcing you to climb back up. For the majority of the game, you will be busy travelling from one place to another on your hover bike, doing some basic platforming, and solving an occasional environmental puzzle that won’t present a particularly difficult challenge.

And what about the end goal? It is as simple as finding a mask you like and choosing to make it your permanent mask. However, that isn’t really what Sable is about. This game is about crafting your own story by exploring and learning about the world around you, meeting different characters, helping them complete their goals, and thus growing up yourself.

Admittedly, it’s not a game for everyone, especially for those wanting a high-stakes action adventure game, with lots of combat, dangerous environments, and mind-bending puzzles. However, if you want a chill and relaxing experience, where you get to do everything at your own pace, while enjoying gorgeous environments and art style, then Sable seems like a good choice for you.

The only objective downsides of the game are the abundance of bugs and the wonky camera that tends to get in the way, especially during platforming sections or when entering closed spaces. Other than that, this title can be really enjoyable if you are into this type of games. And now, this brief review has caught your interest, below, you can learn how to play Sable on Mac.

Can you play Sable on Mac?

You can play Sable on Mac, but only through the use of workaround methods. The two main options to play Sable on a Mac are to use cloud gaming or to install Windows on the Mac and then download Sable within Windows environment.

For both of those approaches, below, we’ll give you two methods you can use, so that you can choose from a total of four ways you can use to play Sable on Mac.

Bear in mind that the Boot Camp option only works on Intel-based Mac computes, whereas Parallels can be used on both Intel and M1 Macs.

How to play Sable on Mac

To play Sable on Mac, we recommend using the Boosteroid cloud gaming service if you have a fast and stable Internet connection. You can also play Sable on Mac by installing or emulating Windows and then downloading the game’s Window version.

Cloud gaming is typically the better option when it comes to playing Windows games on Mac because it’s easier to set up and provides equally good performance regardless of the machine’s hardware characteristics. However, if you have a newer and powerful Mac and want to play the game locally, the Parallels and Boot Camp methods are also viable options.

Regardless of which method you decide to try, you’ll first need to purchase the game:

Next, check the following table to more easily decide which of the methods you want to try first:

How to play Sable on Mac M1

Play Sable on Mac with Boosteroid

How to Play Sable with Boosteroid Full Guide

Play Sable on Mac with Parallels

How to Play Sable with Parallels Full Guide

To play Sable on Mac with Boot Camp Assistant, first download a Windows ISO for free from Microsoft’s site. Then load the file in the Boot Camp app, assign enough space to Windows, perform the installation, and download Sable in the Windows partition.

How to Play Sable with Boot Camp Full Guide
Mac How To, reviews

How To Add Or Change Startup Apps On macOS