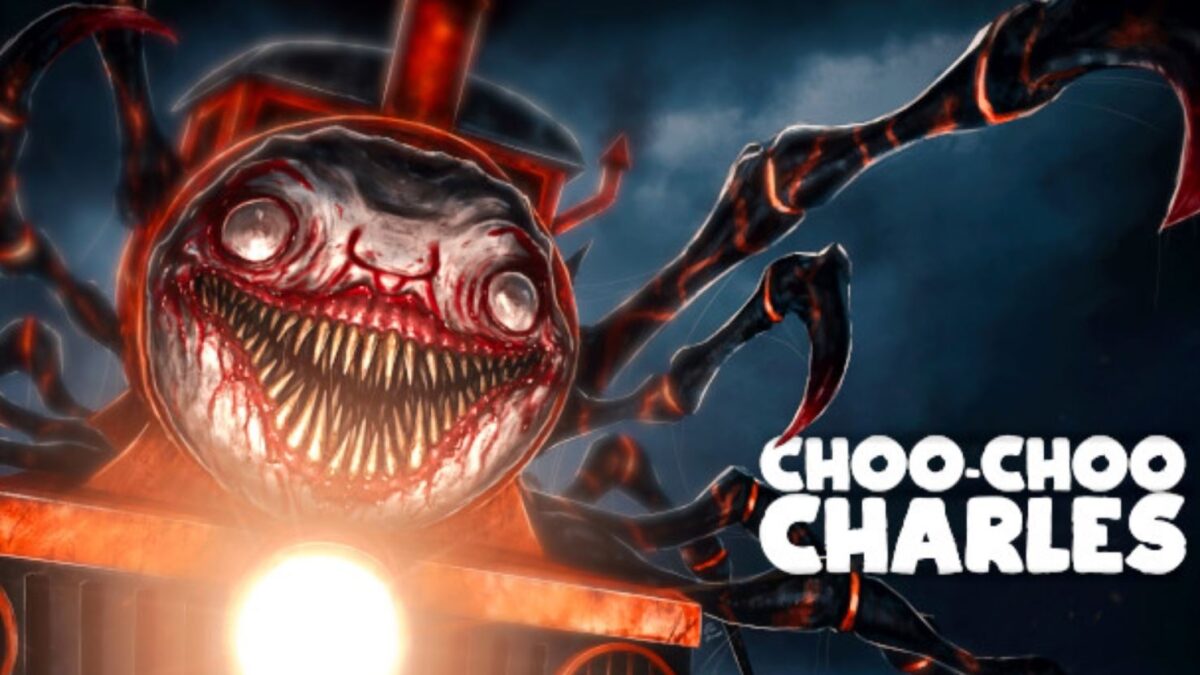 Choo Choo Charles is an indie open-world horror game you can play on Mac with cloud gaming or Windows emulation. You won’t be able to play Choo Choo Charles on Mac natively as there’s no macOS support for the game.

Choo-Choo Charles is a rather unique horror game with a very unusual and silly premise. It’s about a demonic, sentient tank engine from hell that stalks you and hunts you down as you explore a strange island, meeting its inhabitants, and completing different quests. Your main goal is to gather scrap and use it to improve your own non-sentient, quite regular tank engine and arm it with guns, armor, and speed upgrades, so you can finally take on the eldritch horror that is Choo-Choo Charles in a final showdown.

Needless to say, this isn’t a game to be taken too seriously – it’s a comedy game as much as it’s a horror game. A lot of the characters you meet and the dialogue you have with them is decidedly goofy and the tasks you are asked to complete are just as absurd. However, don’t let the comedic style of the game fool you. The blaring of Charles’ ominous horns in the distance as he quickly descends upon your location can be a spine-chilling experience, especially in the earlier stages of the game. And even if the game lacks any variety in its manifestations of horror, this doesn’t really take away from its creepiness and potential to induce anxiety and fear within the player.

If you want to try it out, however, be warned that this a game made by a single developer over the course of a single year, and as such, it doesn’t have a lot of content and it also requires some polishing. If you aren’t a completionist, you can probably finish the game in about three hours, and you will probably encounter an occasional bug or two (nothing game-breaking though). That said, the gameplay itself is pretty fun and the action sequences of firing a rocket launcher from the back of your tank engine at the incoming abomination from hell are sure to leave a wide grin on your face, at least until Charles catches up and eats you whole.

Considering the time, budget, and man-power restraints during the game’s development, Choo-Choo Charles is definitely a title worth checking out, if not for anything else, then at the very least for the unique concept and creative charge that come from its sole creator. In conclusion, this is a gem of a game, and we can recommend it to any fan of the horror gaming genre with a couple of hours to spare.

Can you play Choo-Choo Charles on Mac?

How to play Choo-Choo Charles on Mac

If you want to try these methods, you’ll first need to own the game:

After you’ve purchased it, take a look at this table to more easily choose a preferred method:

How to play Choo-Choo Charles on Mac M1

To play Choo-Choo Charles on Mac M1, the easiest option is to stream the game through Boosteroid. The other option is to use a program called Parallels to create a Virtual Machine for Windows and download the game in it.

Note that using Boot Camp Assistant to play Choo-Choo Charles on Mac M1 is not an option because this app isn’t compatible with Apple Silicon chips.

How to Play Choo-Choo Charles with Boosteroid Full Guide

How to Play Choo-Choo Charles with Parallels Full Guide

To play Choo-Choo Charles on Mac with Boot Camp, get a 64-bit Windows ISO file from Microsoft and load it into Boot Camp Assistant. Then give enough storage to Windows, install the new OS, and download the game in it to play with Boot Camp.

How to Play Choo-Choo Charles with Boot Camp Full Guide
Mac How To, reviews

Syberia: The World Before (Mac)