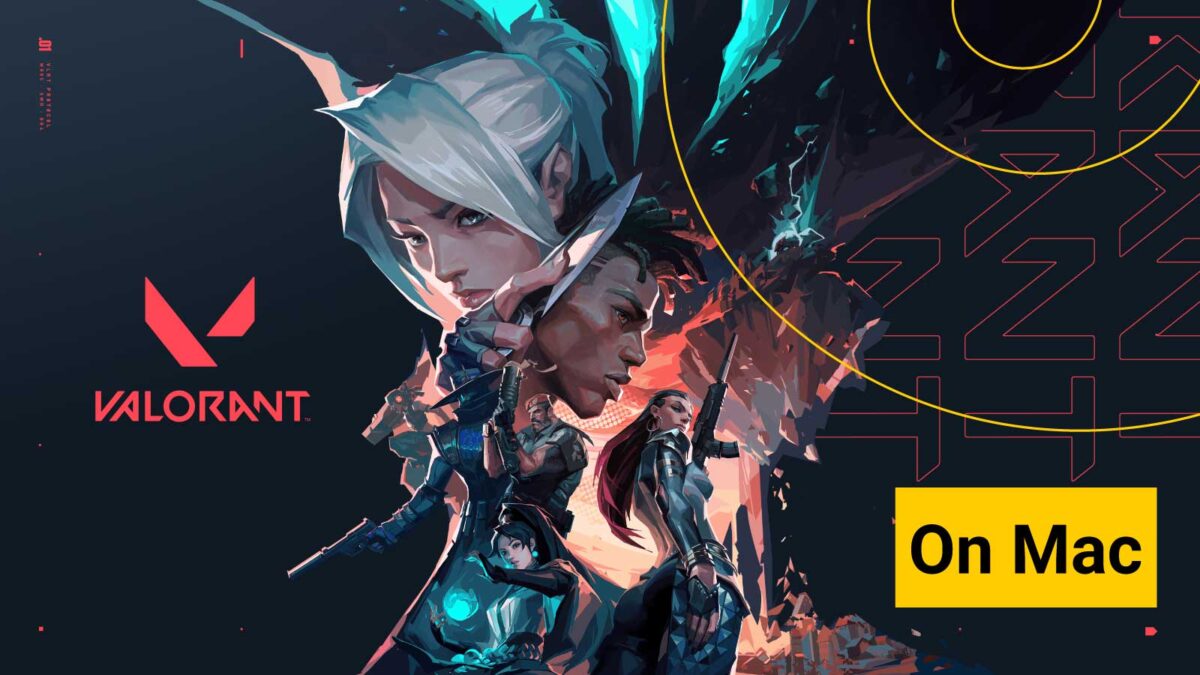 Valorant cannot officially be played on Mac computers, since the game is exclusive to the Windows OS and doesn’t have versions for any other platforms or operating systems. That said, you can play Valorant on your Mac via a workaround method.

Valorant is a popular free-to-play multiplayer FPS (First-Person Shooter) game released in 2020 and developed by Riot Games – the company behind League of Legends, another immensely popular and well-known free multiplayer game.

Seeing free-to-play on a computer game these days could evoke some unpleasant associations, seeing as how so many free games (or other free software for that matter) nowadays are actually blatant scams that are designed to draw in users with promises of engaging gameplay that can be enjoyed for free only to soon reveal themselves as cheap and low-quality rip-offs of actual legitimate games that offer zero gameplay and shamelessly employ Pay-to-Win mechanics in order to be remotely playable.

Well, if you are worried that this may be the case with Valorant, you’d be pleasantly surprised that this is a game that is actually free-to-play and does have a lot to offer in terms of gameplay, performance, and player base, etc. Similar to League of Legends, there are in-game purchases that use real money, but those purchases are cosmetic in their nature (mainly weapon and player skins). Those in-game purchases, however, do not affect the gameplay and are entirely optional. Even without buying anything, you would still get the full experience of playing Valorant.

The game itself is reminiscent of Counter-Strike: Global Offensive, which is also free-to-play, and many gamers have bashed it for being too similar to it – this is in fact one of the most common complaints/criticisms that gamers have regarding Valorant. However, unlike CS: GO, the characters you can play as in Valorant are different not only in their appearance but also in the unique skills that each of them has, which also makes the game similar to Blizzard’s Overwatch. In the end, it comes down to personal preference which game you’d enjoy more, but it’s definitely worth giving Valorant a try if you are interested in FPS games and have some time to spare in order to set everything up on your Mac so that you’d be able to run the tame on it.

Can you play Valorant on Mac?

You can play Valorant on Mac, but only if you first install Windows on your Mac. The most popular methods of installing Windows to be able to play Valorant on your Mac are using the Parallels virtualization tool or the built-in Boot Camp Assistant app.

Unfortunately, for Mac users who wish to run Valorant on their machines, there isn’t an official way of doing so. Furthermore, the game isn’t available on popular cloud gaming platforms such as Boosteroid and GeForce Now, so playing it in this way is also not an option. This really leaves you with the only variant of emulating Windows on your Mac in order to be able to download and run the Windows version of Valorant. The methods we recommend for this are to use Parallels or Boot Camp. Note that the latter option is only for Intel Macs, so if you are with an M1 Mac model, the only way you can get this game running on it is to use the Parallels software to create a Windows 11 VM (virtual machine), and then download Valorant in that VM.

Unlike League of Legends, which had a version for macOS for quite some time and can easily be played on Mac computers without any issue, Valorant, for the time being, isn’t playable on Mac systems, at least not officially. In fact, it seems that Valorant isn’t coming to Mac anytime soon. Furthermore, the game isn’t available on Google Stadia or GeForce Now – popular cloud gaming services that can allow Mac users to play games that don’t have macOS versions. However, does this mean that Mac users who would like to play the game would need to get a Windows PC for that specific purpose? Maybe not.

To get the game running on a macOS machine, Mac owners who really want to play it would have to jump through several hoops in order to get the chance to do so (and even then the results would likely be worse compared to the native experience). Still, there’s a way to get this game running on your Mac, and, considering that Valorant doesn’t have the highest system requirements for a 2020 game, even Macs that aren’t incredibly powerful should be able to run this game with okay performance.

How to play Valorant on Mac

The process of downloading and installing Windows 10 on Mac is totally free, but it must be said that it can be rather time-consuming and a bit confusing if you are not a very experienced Mac user. We will guide you through each step, and we will also answer any questions you may have regarding the process in the comments section down below.

Another thing that should be said before we start the guide is that, since this isn’t an official method of playing the game, it’s possible that the game may not run as smoothly as if you’d play it on an actual Windows PC. Other problems may also be encountered. We’ve made sure to include instructions on how to update everything that you may need to run the game from the Windows 10 partition on your Mac, but it wouldn’t be surprising if you still run into obstacles while trying to play it.

How To Play Valorant On Mac M1

The Boot Camp Assistant method shown on this page is not available for M1 Macs, so an alternative to it is the Parallels virtualization program that basically allows you to run Windows on your Mac as if the Windows OS is just another app. In the Windows virtual machine, you should be able to download and play any Windows game, so long as your Mac meets its recommended system requirements. Below, you will learn how to use the Parallels program to create a Windows virtual machine (VM) on your M1 Mac.

And there you have it – if you have followed those instructions, you should now have a working Windows 11 virtual machine on your Mac. All that’s left to do now to get Valorant running on your machine is to open the Windows VM, go to the game’s official site, download the game from there, and start playing.

Once you have Windows 10 installed on your Mac, downloading and playing the game is actually quite simple. Just go to the official page of the game, click Play for Free, create yourself an account or sign in if you already have an account, and click Download to download the installer for the game. Next, find the file you downloaded (it should be saved to the Downloads folder by default – you can find that folder by searching for it in the Start Menu), open that file, and follow the steps in the installer to install Valorant on your Mac. After this is done, a shortcut for the game should appear on your Desktop (provided that you choose not to create a shortcut) – you can use that shortcut to start and play the game.

How to install Windows 10 on your Mac

Before you start, there are a few things that you need to check. First, make sure that your Mac exceeds the minimum system requirements for Valorant and, preferably, meets the recommended ones. Second, to install Windows 10 on your Mac and then download Valorant in the Windows partition, you will need to have at least 150-160 GB of free space on your Mac. If those two requirements are met, then you can start with the Windows 10 installation.

Here are the system requirements for Valorant:

And here are the instructions on how to install Windows 10 on your Mac:

How to switch between the two operating systems on your Mac

Before you download and install Valorant, it’s important that you first learn how to switch between Windows 10 and macOS. To go from macOS to Windows, go to the Apple Menu > System Preferences > Startup Disk. There, click on the padlock and select Unlock. After that, click the Bootcamp Windows icon, and click Restart.

To go back to macOS once you are in the Windows 10 partition, locate a small icon in the shape of a tilted/slanted square that should be located in the bottom-right and click it. If you don’t see such an icon, click the arrow icon that’s pointing up in the bottom-right, and then you should see the square icon in the box that appears. Once you select the square, click on Restart in macOS, and confirm the command.