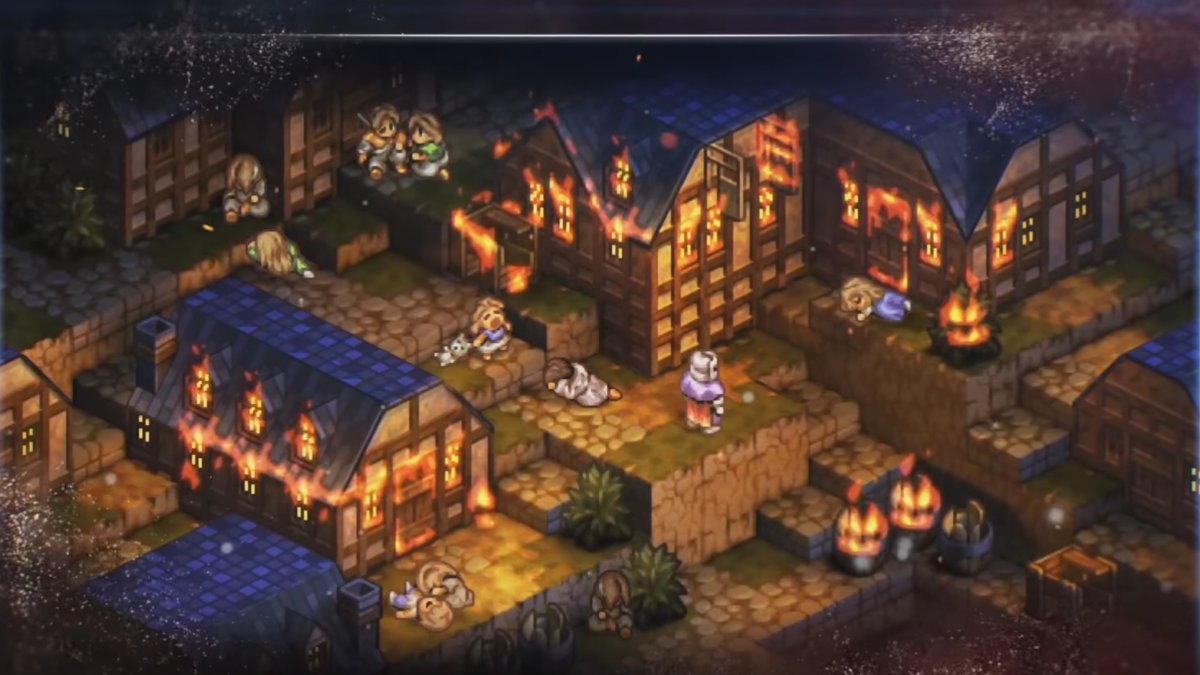 Tactics Ogre: Reborn is a remastered version of the tactical, turn-based role-playing game Tactics Ogre: Let Us Cling Together. The game brings new life to the twelve-year-old release by giving fans a modern gameplay experience and more immersive visual and sound effects.

As in the 2010 edition, the story takes place in the kingdom of Valeria. Players take on the role of a young man named Denam, whose choices and actions affect the fate of the kingdom and its people.

The story of Tactics Ogre: Reborn can go in many different directions depending on what you do, and the game’s structure allows for many different endings.

In the remastered version, players can engage in tactical fights on immersive 3D battlegrounds. A totally reworked AI allows foes to change their strategies depending on the circumstances, making for a dynamic and engaging combat system.

The Tactics Ogre’s (2010) system for managing class-wide levels has also been changed to have a more unit-specific way of leveling up. Players can now use different combinations of equipment, skills, and magical abilities to make unique and powerful characters.

The gameplay has also seen an improvement. Battles are more quick-paced compared to the 2010 title. The controls and the user interface have been simplified, and an auto-save option has been added. The new Chariot and World systems allow players to undo their previous actions and explore other story developments.

The characters and environments from the original version of Tactics Ogre have been faithfully recreated in high definition, and the game’s signature pixelized graphics have been kept and improved.

All of the cutscenes in the remastered version include English and Japanese voiceovers, and the original soundtrack has been re-recorded by the Sydney Symphony Orchestra. Having the characters’ voices brought to life in this way gives a new way of immersing yourself in the epic story.

Despite the fact that Tactics Ogre: Reborn is based on the 2010 edition, the game stays loyal to the original Tactics Ogre’s concept while adding improved visuals, better sound, and updated gameplay that corresponds to modern technology.

Can you play Tactics Ogre: Reborn on Mac?

Mac users can play Tactics Ogre: Reborn on their machines but since the game has no official Mac-supported version, this cannot happen natively.

A workaround solution that can make playing Tactics Ogre: Reborn possible on a Mac is to install Windows OS on your Mac OS and run the game on it. This may sound like a very complex solution but thanks to Windows virtualization programs like Parallels and Boot Camp Assistant, every normal Mac user can enjoy Tactics Ogre: Reborn after a few simple installations.

First, you need to get one of the suggested programs, install it and set up Windows with its help. After that, you only need to purchase the game from Steam and use the Steam client to download and install Tactics Ogre: Reborn on the Windows environment. Of course, keep in mind that this method of playing may not be identical to the native play, but it will get you as close as possible to the gaming experience that you would get on a Windows PC.

If you want to download Tactics Ogre: Reborn and play it locally on your Mac, you first need a Windows OS running on your Mac machine.

Since you are reading this guide, we assume that you are new to the process of installing Windows on a Mac, therefore, we will recommend you to professional Windows virtualization tools like Parallels or Boot Camp Assistant.

Setting up Windows OS with them is a simple and straightforward process but we need to make a note before you select any of the two programs.

If your Mac is Intel-based you can use the Parallels app or the built-in Boot Camp Assistant app. If your Mac has an M1-based processor, using Boot Camp is not possible because the program is incompatible with the new M1 chip. Thus, our suggestion is to use Parallels to create a Windows virtual machine. Detailed step-by-step instructions that explain the installation of both programs can be found below.

After you have a Windows OS running on your Mac, the next step is to use the Steam client and download Tactics Ogre: Reborn on it.

How to Play Tactics Ogre: Reborn on Mac

You can play Tactics Ogre: Reborn on Mac once you install a Windows OS on your Mac via Parallels or Boot Camp Assistant.

How to play Tactics Ogre: Reborn on Mac M1?

If you want to download Tactics Ogre: Reborn on your Mac M1, you can do so by using Parallels to create a Windows virtual machine. Once the VM is set up, you can get the game from Steam and play it the same way that you would play a game on a Windows PC. Parallels may require initial installation but once you have it, you can play easily unsupported games on a Mac M1 without losing time.

You can play Tactics Ogre: Reborn on Mac (M1 and Intel models) by installing Windows on your Mac with Parallels. Read our detailed guide.

How to Play Tactics Ogre: Reborn with Parallels

You can play Tactics Ogre: Reborn on Mac (Intel models only) by installing Windows on your Mac with Boot Camp Assistant. Read our detailed guide.

How to Play Tactics Ogre: Reborn with Boot Camp
Mac How To, reviews