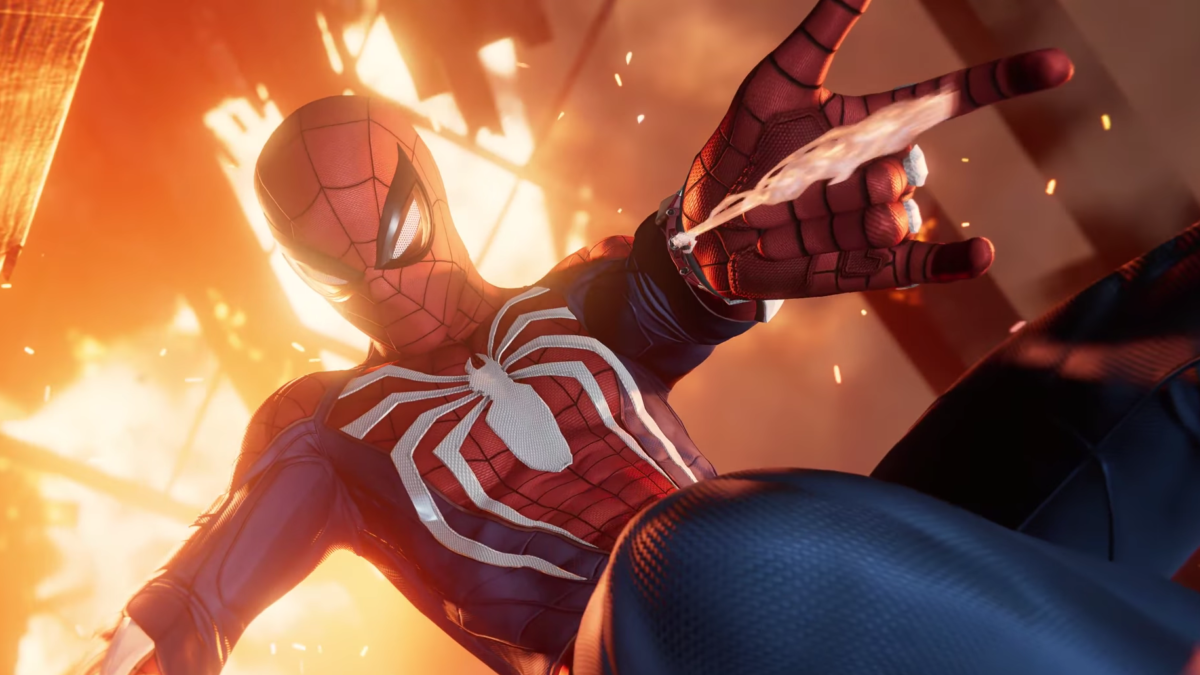 Marvel’s Spider-Man is an action-adventure video game based on the Marvel Comics superhero Spider-Man. The game has a unique story that takes its cues from the long-running comic book and its many adaptations in other media.

The main story of the game revolves around Mister Negative, a superhuman crime boss, who plots to take over New York City’s criminal underworld. In his civilian guise as Peter Parker, Spider-Man must cope with the challenges of his personal life, while also fending off Mister Negative and preventing the unleashing of a deadly virus on the metropolis.

The game is presented from a third-person viewpoint, with an emphasis on Spider-Man’s movement and fighting skills. Players have access to a variety of gadgets and outfits that they may use to explore New York City while advancing the main quest or completing different missions.

The player may unlock extra content and collectibles outside of the main plot by completing side quests. Combat relies on a series of linked strikes and strategic use of cover and web-slinging to knock out waves of enemies without taking any harm.

The player may shoot webs with pinpoint accuracy, allowing him to drag himself to certain locations. Jumping over walls and tossing items like manhole covers, grenades, and webbing-restrained foes are just some examples of how Spider-Man uses the surroundings to his advantage in battle.

Spider-Man’s gadgets arsenal includes many weapons, from electric webbing and concussive blasts to impact webbing that can fling foes backward and even glue them to a nearby surface.

As the character levels up, he has access to abilities in three different playstyles: ground combat, aerial combat, and traversal.

Peter Parker (the civil Spider-Man), his companion Mary Jane Watson, and his buddy Miles Morales all make appearances throughout the game and can be played in some of the sections. Peter’s chapters often include the protagonist figuring out some kind of puzzles, whereas Mary Jane’s and Miles’ chapters emphasize sneaking to escape danger.

The massive New York City playing field is shown on the map by 800 individual squares, each of which is around 128 square meters in actual size (1,380 sq ft). As the player navigates the environment, out-of-view tiles are unloaded from memory and replaced with visible ones.

The developers of Marvel’s Spider-Man have clearly put in a lot of time and effort to add high-end graphical features (such as performance boosting NVIDIA DLSS and image quality enhancing NVIDIA DLAA) for those with powerful gaming rigs and fancy new graphics cards, but they have also been working hard to make sure that players using any kind of PC can experience Marvel’s Spider-Man Remastered to its fullest. It’s possible to add a wide variety of extra features and customization choices to your PC, aside from the graphical ones, which can only add to the game immersion and the exciting gaming experience.

Can you play Marvel’s Spider-Man Remastered on Mac?

At the time of this writing, there is no Mac OS version of Marvel’s Spider-Man Remastered, thus users will need to turn to workarounds to play their beloved game on their Mac.

However, if you want to download the game, you will need a Windows virtual machine such as Boot Camp or Parallels to run the Windows version of Marvel’s Spider-Man Remastered on your Mac machine.

Below, we’ve explained several workarounds that you may use, to get as near as possible to the experience of playing Marvel’s Spider-Man Remastereded PC version on your Mac.

How to play Marvel’s Spider-Man Remastered on Mac

If you want to download and play Marvel’s Spider-Man Remastered on your macOS, you’ll need to create a Windows virtual environment on your Mac and then download and install the Windows version of the game on it.

Since Marvel’s Spider-Man Remastered does not have a native Mac OS version, and since each of the solutions you’ll see here has its own advantages and disadvantages, you can’t really choose a perfect one. However, the methods that you’re about to read may provide you with a satisfying gaming experience, depending on the specifics of your Mac computer and your Internet connection speed. Please read on to learn more about each of them, and select the best one for you.

How to Get Marvel’s Spider-Man Remastered on Mac?

To get Marvel’s Spider-Man Remastered all you need is to purchase the game (Steam version).

Note: As of the time we are writing this, cdkeys.com offers the game at 49$, well below the 60$ official price on Steam. We have purchased from there for our own gaming libraries many times, so we can vouch the site is legitimate.

If you want to try CDKeys and get the game cheaper, you can find it over here. We are providing an affiliate link from which we earn a small commission. Please support us if you found our article useful.

How to play Spider-Man Remastered on the cloud

Now you will need to register for Boosteroid. This allows you to add Marvel’s Spider-Man Remastered to their Cloud Gaming Library. Once uploaded you can seamlessly play the game from your Mac, TV, or Mobile Device.

Before downloading and playing Marvel’s Spider-Man Remastered on their MacOS, Mac users must first download and install Windows. Boot Camp and Parallels are two widely used software solutions for Windows virtualization, that may be used to run Windows on a Mac.

Note: For an Intel-based Mac, our recommendation is to use Boot Camp, while for an M1-based Mac, we recommend Parallels.

The following steps offer a quick overview of how to set up Windows on a Mac using these two tools, but if you want more information, you may refer to the manuals linked below.

If you encounter technical difficulties in setting the game up, check out our Full Parallels Guide for solutions.