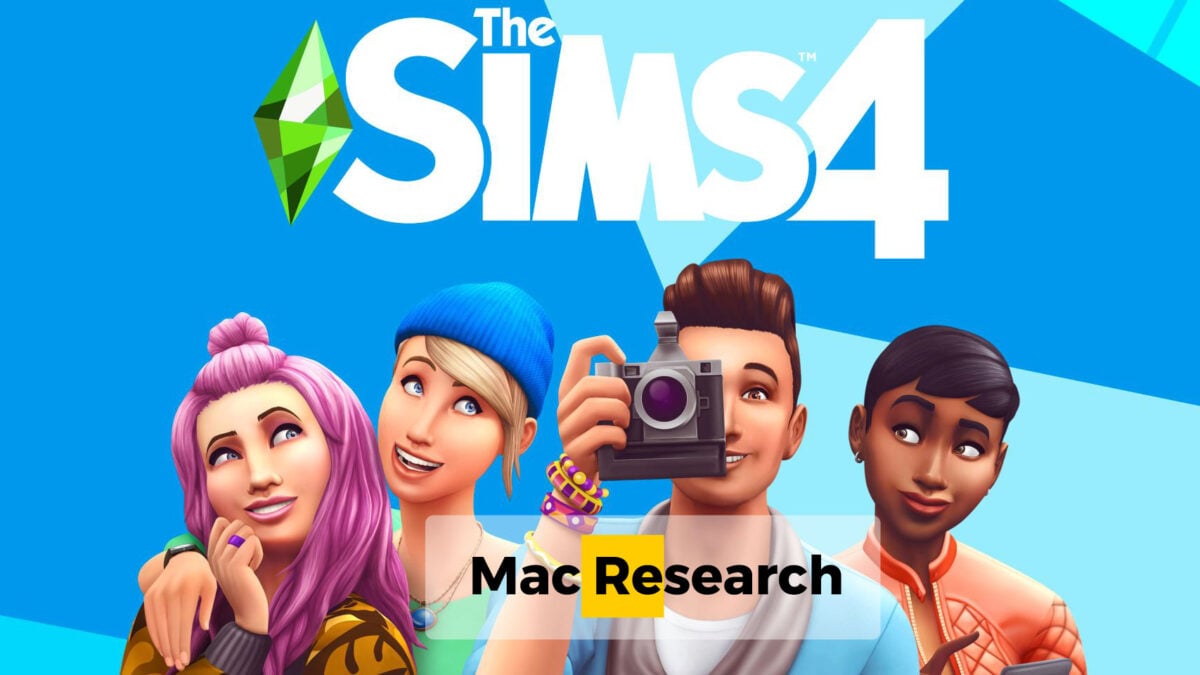 The Sims 4 for Mac

The Sims 4 is a social-simulation game developed by Maxis and published by Electronic Arts in 2014. The game is the fourth installment in the Sims series and a sequel to 2009’s The Sims 3.

After more than two decades on the market, the series still has a dedicated fan base thanks to its realistic portrayal of everyday life.

The Sims 4 continues the tradition of letting players create their own virtual personas, or “Sims”, dress them up, construct and decorate virtual homes for them, and live out their virtual lives.

The latest installment features a newly-developed custom game engine with enhanced character creation and house-building features, as well as a more realistic simulation of human emotions and personalities. The player is not tasked with accomplishing anything in particular. Instead, he is encouraged to try out different things and interact with the game’s world in any way he wants.

The game is all about managing the daily lives of the computer-made Sims characters, helping them follow their dreams, and making sure they have what they need. Each playthrough is unique thanks to the player’s ability to experiment with the characters they create and shape their lives in a number of ways.

Players have the option of playing with either pre-made Sims or making their own from scratch by selecting their facial features, age, gender, and ethnicity. Aside from body features, every Sim has three personality traits and an aspiration that represents their lifelong goals.

The game has in-game money called “Simoleon”. Money can be earned by Sims in a variety of ways, the most common of which are through employment or the sale of created items like paintings and garden produce. In order to get jobs and craft things, the Sims need to learn new skills.

In “Build mode,” players can build and furnish their own homes from scratch or change fully furnished rooms that have already been pre-made.

The game has in-game money called “Simoleon”. Money can be earned by Sims in a variety of ways, the most common of which are through employment or the sale of created items like paintings and garden produce. In order to get jobs and craft things, the Sims need to learn new skills.

In “Build mode,” players can build and furnish their own homes from scratch or change fully furnished rooms that have already been pre-made.

The Sims 4, for the most part, sticks to the core elements of the previous three installments, but there are also some notable differences that people who’ve played and enjoyed the previous games may not be particularly happy about.

A new gameplay element called Emotion expands on the Sims’ mood system from earlier games. Sims’ feelings can be influenced by their actions, events, and interactions with other players. The addition of the Emotion system really is a highlight and changes the feel and flow of the game. The Sims 4 can also be praised for its graphic design and audio. The quality of the character animation is impressive.

The Gallery is a digital marketplace where users can trade and sell their own created Sims, houses, rooms, and constructions to other players. You can find it in-game or on the official website for The Sims 4.

On October 18, 2022, The Sims 4 switched to a free-to-play business model and is now monetized through the sale of a variety of downloadable content (DLC) packs that expand the number of features, objects, worlds, and gameplay options. The game is constantly being updated, and new items are being added on a regular basis.

Can you play The Sims 4 on Mac?

The Sims 4 is one of the relatively few games that Mac users can run natively on their computers. You won’t need to jump through any hoops and perform any elaborate setup procedures to start the game on your Mac. However, it must be noted that it is important where you download the game from. You would think that getting it from Steam would let you play it on a Mac computer, but you would be wrong. For whatever reason, purchasing the game from Steam won’t let you run it on your Mac as the Steam version of The Sims 4 is only available for PC. To play it on a Mac, you’d instead need to get The Sims 4 on the Origin platform – EA Games’ gaming store for FREE. It’s easy and simple to get the game in this way, but it is just as easy to make the mistake of purchasing the game on Steam, which would be an utter waste of money if you don’t own a PC, and you’d then need to go through the process of refunding the game.

To learn how to get the macOS version of The Sims 4 and run it on your Mac, check out the instructions we’ve posted at the end of this article.

The Sims 4 can be downloaded on Mac without employing any advanced techniques and workaround methods. All you’d need to do to download The Sims 4 on Mac is to get the Origin app and use it to download the game.

Since The Sims 4 game has an official version for macOS systems, it doesn’t matter whether you have an Intel-based Mac or an M1 Mac – the game can be downloaded and played on both types of Mac without any issue, and the way to do it is the same. Therefore, if you own an M1 Mac and wish to play The Sims 4 on it, be sure to check out the detailed instructions we’ve provided further down this page and follow them to get the game running on your M1 mac.

How to play Sims 4 on Mac

If you think you may need more detailed instructions on how to install and play the Sims 4 on your Mac, please, read the following lines: