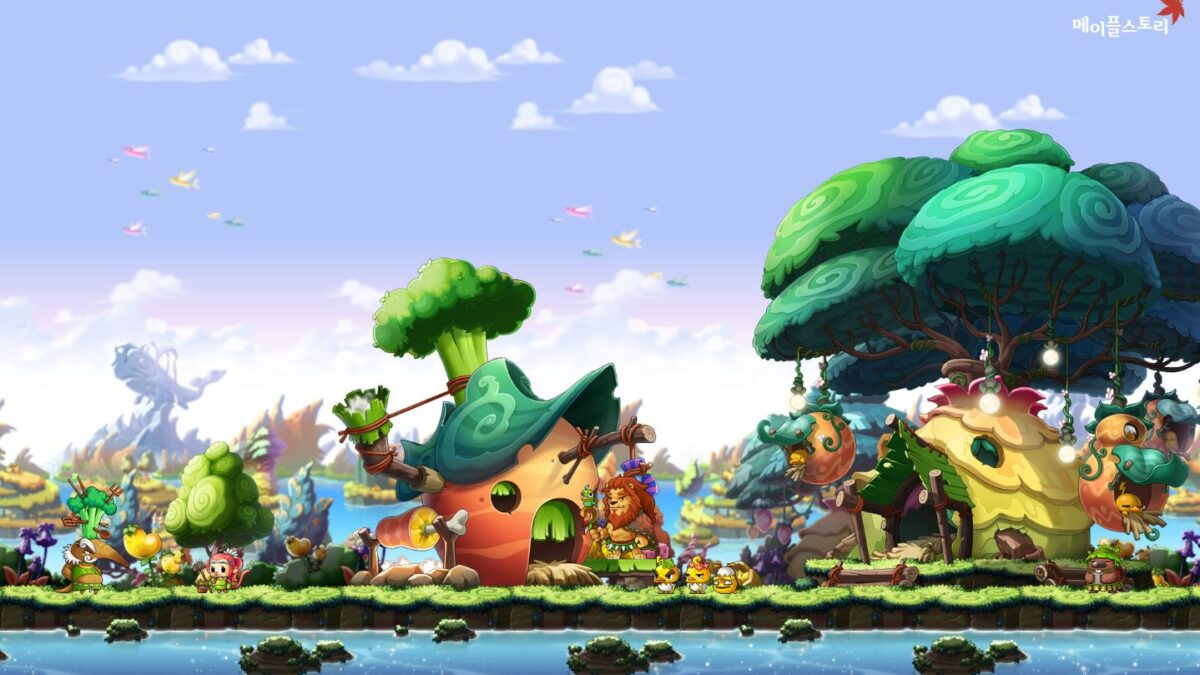 MapleStory can be played on Mac computers, but only if you first install or emulate Windows on your Mac. To play MapleStory on Mac, you can use Boot Camp Assistant or a virtualization program like Parallels to get Windows installed/emulated on your Mac.

MapleStory is a free-to-play 2D side-scrolling MMORPG game that was released all the way back in 2003, yet is still played to this day and continues to have a relatively large player base. MapleStory has received numerous updates throughout so that its current version is nothing like what the game used to be back when it was first released. Being as old as it is, the game has accumulated vast amounts of content throughout the years since its release – for instance, there are over 1000 quests in MapleStory. However, since a lot of the content comes from over a decade ago, many things need to be revamped and updated.

If you’ve never played MapleStory and are interested in giving it a try now or if you used to play it years ago and want to know if the game is worth getting back into, below are our thoughts on the matter. After our brief review of the game, we will also show you how you can get to play it on your Mac even though MapleStory is not officially supported for macOS.

MapleStory is, understandably, a very large and content-rich game that you can get lost in provided that you have enough free time. The MapleStory world is vast and beautiful and there’s something new to do in it. It also features great music tracks for a lot of its beautiful areas, which further draws you into the game’s world. As mentioned, the game has over 1000 quests, over 40 playable characters, and a ton of variety in terms of viable play styles, so there’s something for everyone.

Speaking of characters, leveling up your characters is relatively quick when you are first starting off and the game rewards you for creating and leveling up multiple characters and exploring their differing play styles because every character in your roster has a link skill that has a positive effect on everybody else in the roster. In some areas of the game, experience gained is higher for player parties, which encourages playing together with others to fulfill a common goal. However, it must be said that, when starting out, most players seem to default to progressing through the game on their own by completing solo challenges rather than opting for party play. On higher levels (past level 200), this seems to change more and more players seem to join guilds in order to be able to collectively complete the more challenging quests.

Another good thing about MapleStory is that it still receives regular updates – there are typically at least two large annual updates as well as smaller updates every couple of months, so there is a steady flow of new content and in-game events to look forward to so that the MapleStory world never becomes stale or boring. Also, MapleStory is still fairly populated, so it doesn’t feel as if you are playing an obsolete niche game that barely has a community.

Despite its good traits, MapleStory also has some clear issues that require addressing for the game to truly be something we’d recommend. In fact, a lot of the good things we mentioned also come with a downside to them.

For example, we mentioned that, over the years, MapleStory has accumulated tons of content that makes it an expansive game with a lot to discover and explore. That is true, however, it can also make the game overwhelming to newcomers as a lot of the systems are highly complex, and unintuitive, while also lacking a clear explanation of the game.

Furthermore, some changes to older game systems have clearly been made with the goal to make users play as much as possible, spending more and more of their time playing MapleStory, thus making the game objectively worse. Especially on higher levels, the game pretty much requires you to log in and spend at least a couple of hours completing your daily set of tasks in order to maintain the progress of your character. Obviously, this is more of an issue for advanced players who are trying to min-max their characters and won’t be such a big deal for casual players, but it’s still something that can be annoying.

At the same time, a lot of pressing bug issues do not get fixed as quickly as they should – even though MapleStory receives regular updates and continues to be actively supported by its developers, there are instances of major game-breaking bugs not getting addressed for days on end. The same can be said about balancing issues – for example, after the Familiar system in the game got changed by the developers and turned out to be highly unbalanced after the revamp, the system got taken out of the game and wasn’t available for weeks until it got fixed.

Last but not least, the game’s weapons upgrade systems use the RNG (random number generator) mechanic, meaning that upgrading your weapon will not always give you the desired result. In some cases, it may even make the weapon worse by lowering its stats. This can be extremely frustrating because, to even get the option to upgrade your weapon, you may sometimes need to grind for hours or even days on higher levels, and to do all that just to eventually end up with a worse piece of gear or a piece of gear that you don’t need is disappointing at the very least. Such gambling mechanics in games are rarely fun, especially when they could put all your hard work to waste, so, to us, this is a clear downside of the game.

Is it worth playing?

MapleStory is a mixed bag of positive and negative traits and though it could certainly be fun, the more time you spend playing it, the more you are going to start noticing the cracks beneath its shiny surface. In our opinion, it is a game best played on a casual level as this would allow you to experience its fun gameplay and explore its vast world without getting too aggravated by some of the more controversial mechanics that are mainly a problem for the higher level players.

Can you play MapleStory on Mac?

MapleStory is currently only available for Windows and has no macOS version (and likely never will) which means that, although it’s still possible to play this game on a Mac, your options of doing so are limited and require some prior steps that you’d first need to complete. The two main methods of getting this game to run on your Mac are by installing Windows on it or by creating a Windows VM (virtual machine) and running the game within that VM. Both of those methods will be explained to you below.

How to play MapleStory on Mac

Since this game isn’t available for macOS, a workaround method needs to be used in order to be able to play it on a Mac computer. There are two such methods that we can recommend and both of them involve first getting Windows on your Mac. The first one uses a built-in macOS app called Boot Camp Assistant – you can find that app in the Utilities folder of Intel-based Macs. This method of installing Windows on Mac can only be used on Macs with Intel processors. For M1 Macs, check out the Parallels methods that we will show you further down this guide.

If you want more detailed instructions, you can check out our Extended Boot Camp Assistant guide.

We already explained how you can use the Boot Camp Assistant app to install Windows 10 on your Mac. However, you can also create a Windows 10/11 virtual machine within your macOS, which is basically an app that emulates the Windows operating system and allows you to run Windows software inside of it. Here is a quick guide on how you can use the Parallels virtualization program to create a Windows VM on your Mac.

If you think you may need a more detailed explanation, be sure to visit our Full Parallels guide.

MapleStory can be played on Mac M1 through the use of a virtualization program such as Parallels. You need to use Parallels to create a Windows 11 virtual machine, which would allow you to play MapleStory on your Mac M1.

Due to the different architecture of Intel CPUs and M1 chips, using Boot Camp Assistant to install Windows 10 on an M1 Mac is not possible, so this method of playing Windows games such as MapleStory on Mac isn’t available to Mac M1 users. However, with the help of Parallels, you can still get Windows on your Mac by creating a Windows 11 virtual machine, and then you can download and play the game within that VM. Instructions on how to do that have already been shown above.

How to blur Zoom background