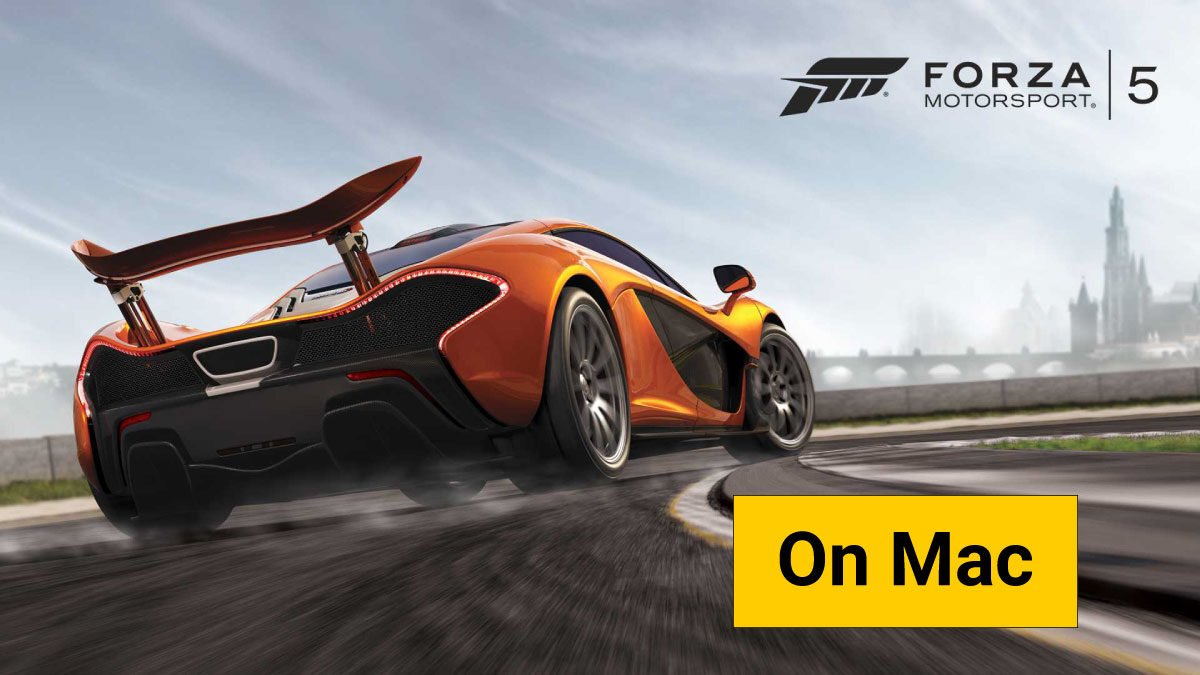 About Forza Horizon 5 on Mac

Forza Horizon 5 is not coming to Mac anytime soon, so to play it on a Mac computer you’d need to resort to workaround methods. Possible ways to play Forza Horizon 5 on Mac are to use Parallels, Boot Camp Assistant, or Microsoft’s Xcloud service.

Forza Horizon 5 is an open-world car-racing game developed by Playground Studios, and it is the latest installment in the Horizon series. Forza Horizon 5 is set in Mexico, and it has the largest open-world map of all the previous Forza Horizon games. The game’s map is 50% larger than that of Forza Horizon 5 and is highly diverse in terms of terrain and locations. There are active volcanoes, Mayan ruins, jungles, beaches, swamps, country roads, small towns, and cities spread across the huge Forza Horizon 5 map. The player is free to explore the map in single- or multiplayer, part-take in multiplayer races, or complete the game’s campaign mode.

Forza Horizon 5 introduces an advanced weather system that makes the game world weather dynamic and dependent on the current in-game season and location of the player. There are eleven biomes in the game-world, each with its unique weather conditions that depend on the current season. In other words, in one location on the map, you could experience dust storms and dry winds, while in another, there could be tropical storms and heavy rains.

The changes in weather and the diverse terrain of the game is further emphasized by the graphical improvements made to the game. Pretty much everything in the game has been enhanced in terms of graphics – the lighting is better, the environments are more realistic, the process of driving your car through the game’s world feels more natural and closer to reality, with its improved smoke, dust, and particle effects.

The sound of the game has also been vastly improved compared to the previous installments. Rather than re-using slightly tweaked audio files for the cars taken from the previous game, the sound for each vehicle in Forza Horizon 5 has been re-recorded and the cars now sound crispier and more realistic than ever. The sound when driving through different terrain has also seen improvements, giving the player a more natural and immersive feel of the driving process, which further enhances the great variety in terrain that this game brings.

One cool change that Forza Horizon 5 brings is the “Event Lab” – this is a feature that allows players to create custom events that other players can join. The Event creator comes with a ton of customization options, enabling you to craft events that are pretty much indistinguishable from the ones that are already in the game.

Forza Horizon 5 is all about customization – it provides tons of content that you can play around with. You can buy all sorts of upgrades and improvements for your cars and then fine-tune them to the finest detail. The carpool is also huge – there is a total of 500 hundred licensed vehicles in the game that you’d have the option to drive. Some of them, however, are easier to find and acquire than others. There are even hidden vehicles that can only be obtained under a specific set of circumstances.

Overall, Forza Horizon 5 is a gem of a game – a new installment to a beloved franchise that does actually deliver in almost every department, improving the formula, yet staying true to its core, and it’s no surprise that it has received universal acclaim by both critics and fans.

There’s one problem, however, and that is if you are a Mac user who wants to play it, but doesn’t want to specifically get a Windows PC or an Xbox console in order to be able to do so. It should come as no surprise that a game that’s primarily designed for the Xbox console doesn’t have a version for Mac. However, this doesn’t mean that it’s not possible to run it on your Mac anyway. Of course, you’d probably need to jump through some hoops, but in the end, if your Mac has what it takes in terms of hardware power, you may eventually be able to get this game running on it. The different options on how you could do this are shown below, so pick the one you prefer and give it a try.

Can you play Forza Horizon 5 on Mac M1

You can play Forza Horizon on M1 and Intel Macs with the help of a program called Parallels. This is virtualization software that allows you to create a Windows 11 virtual machine (VM) on your Mac and then play Windows-compatible games within that machine. This method is commonly used by M1 Mac users to play games on their Macs that don’t have macOS versions. However, it’s worth noting that, since this is a workaround method, it may not always work perfectly – it really depends on what game you are trying to play and how powerful your Mac is. It’s preferable if recommended (and not only the minimum) system requirements of the game you are trying to play are met by your Mac. Otherwise, you may get bad performance in the Parallels VM or you may not even be able to run the game you want. In the case of Forza Horizon 5, since this is a quite demanding game (see the requirements above), you are unlikely to be able to run it through Parallels on Macs that have less than 16 GB of RAM.

Another note we must make here is that, since Parallels is a paid program, it’s better if you first try its 14-day free trial to see if you’d be able to run Forza Horizon 5 on your Mac before you actually purchase the paid variant of the program.

Now, without further ado, here’s how to set up the Parallels Windows 11 VM.

How to play Forza Horizon 5 on Mac Intel

The Parallels method was already shown above, so if you want to try it out, follow the provided instructions to set up a Parallels VM and thus enable your Mac to run Windows games. As for the other two methods, instructions for them will be provided down below.

This method can only be used on Intel-based Macs since the M1 models don’t have the Boot Camp Assistant app. The idea of this method is to install Windows 10 in a separate partition of your Mac, then boot your Mac in Windows 10, at which point you’d be able to do almost everything that you could do on a Windows PC, including playing Windows games. Here is what needs to be done to set everything up:

Xbox Cloud Gaming is Microsoft’s cloud gaming service, and it can allow users to play any game from its library on their devices, regardless of whether those devices can natively run that game. When playing through Xbox Cloud Gaming, you are basically playing the game on a remote computer and not on your own device, but the gameplay is being streamed to your device in real-time. There are quite a few such cloud gaming options out there (Google Stadia, GeForce Now, etc.), but different games are available on different cloud gaming services, and in the case of Forza Horizon 5, it’s currently only available on Xbox Cloud Gaming. Since there isn’t a dedicated Xbox Cloud Gaming app for Mac, the way to use the service is through one of the supported browsers: Google Chrome, Safari, Microsoft Edge. Here is how to play Forza Horizon 5 through Xbox Cloud Gaming.