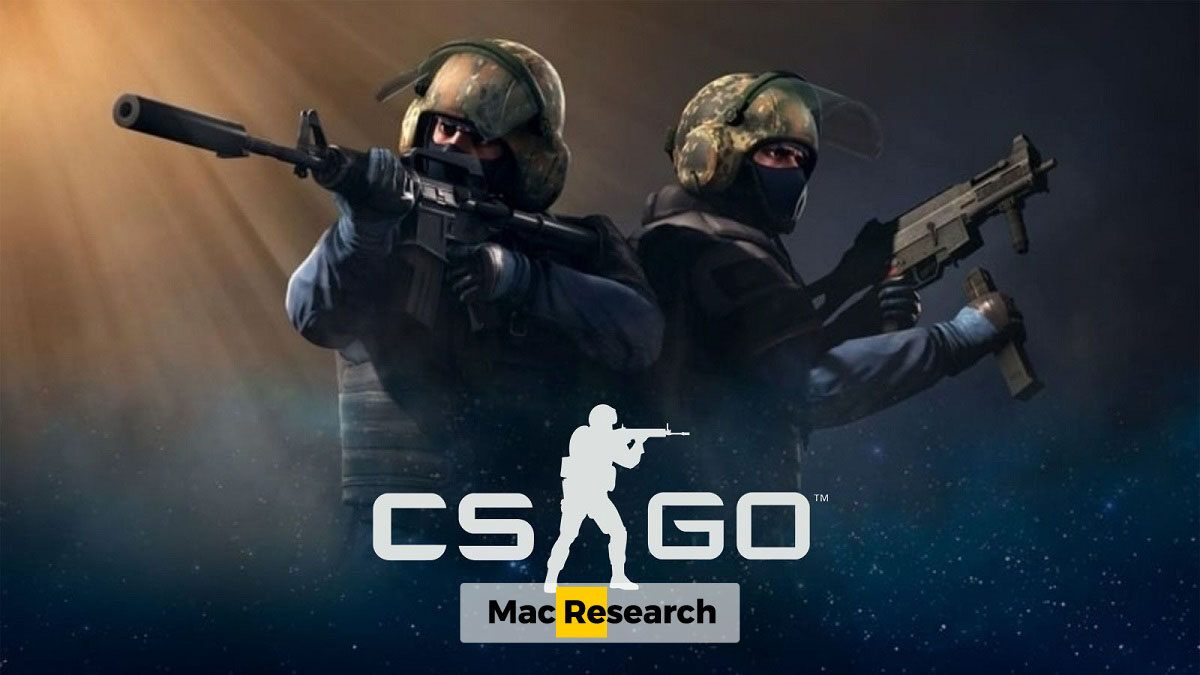 Counter-Strike: Global Offensive, or CS: GO for short, is a popular first-person shooter (FPS) multiplayer game developed and published by Valve. The game was released nearly 10 years ago, back in August 2012, but to this day retains its high popularity and large player base, and it’s also one of the biggest e-sports at the moment. CS: GO is the fourth installment in the Counter-Strike game series, preceded by Counter-Strike 1.5/1.6, Counter-Strike: Condition Zero, and Counter-Strike: Source.

While CS: GO adds a lot of improvements to the Counter-Strike formula, at its core, the game doesn’t differ too much from its predecessors in terms of mechanics and overall gameplay. Therefore, if you have played any of the earlier CS games all those years ago, you’d probably feel at home with CS: GO. On the other hand, if you’ve never before tried any CS game, here’s a brief recap of what to expect:

CS: GO is a tactical FPS where the players are separated into two teams: Terrorists and Counter-terrorists. The game is played in rounds, and each round usually lasts for a couple of minutes (though that time can be extended). In order to win, each team needs to either eliminate all players from the opposing team or complete a certain objective. Depending on the game mode, that objective could differ. The two main and most popular game modes are Bomb Defusal and Hostage Rescue. In Bomb Defusal, the goal of the Terrorists’ team is to secure a specified location on the map, plant a bomb there, and prevent the Counter-terrorists from defusing the bomb. In the Hostage Rescue mode, the Counter-terrorists must infiltrate the Terrorists’ base and escort several hostages back to safety. After the completion of each round, every player is rewarded with a sum of money based on their individual performance during the previous round, as well as on the performance of their team as a whole. The player can use that money to buy better weapons and gear at the start of the round.

Of course, there are many other game modes that give the game a lot of variety – for example, CS: GO has a battle royale-type of mode for up to 18 players, where the map gradually shrinks, forcing the players closer to one another until there’s only one person or one team remaining on the map.

Easy to learn, hard to master

Overall, the gameplay in CS: GO isn’t particularly forgiving towards the less experienced players. On the surface, the game seems rather simple – there aren’t any advanced movements to be performed or any unique attacks that can turn the tide of battle – something that’s present in more modern shooters. However, in its simplicity, CS: GO could be a highly complex game, where in-depth knowledge about a number of different factors can make the difference between victory or defeat. Simply having quick reflexes and a sharp aim is not going to be enough against an experienced player. In addition to that, being perfectly familiar with the layout of the map, the specifics of your weapon of choice, the dynamic position of your teammates, and the members of the opposing team are all key components of being successful. Also, another hugely important part of winning CS: GO matches is being able to effectively communicate with your teammates. After all, CS: GO is primarily a team game, where no single player can get overpowered even if they have the best weapon and gear.

Admittedly, this is, for all intents and purposes, a 10-year-old game. Surely, a modern Mac could run much newer and more demanding titles, so why bother with a title this old? In fact, there are a couple of very good reasons why you should most definitely give CS: GO a try if you are a Mac owner who likes FPS games.

First of all, the game is totally free – there are in-game purchases, but those are purely cosmetic and don’t affect the gameplay in any way. You can get CS: GO from Steam right now and won’t have to pay for anything.

Secondly, CS: GO is one of the few games that have macOS versions that are still receiving support. Most PC games don’t have a macOS version, and many that used to be available for macOS in the past can no longer be played on a Mac because their developers have stopped supporting their Mac versions. This, however, isn’t the case with CS: GO – the game has had a macOS version since its release and its support for it continues to this day. Not only that, but CS: GO is still receiving frequent patches to balance its gameplay and to take care of any potential bugs that may be discovered.

A third good reason why CS: GO is most definitely worth the try is that it’s a very lightweight game that doesn’t require any serious computing power in order to run. In other words, even if you own an older Mac that doesn’t have a whole lot of RAM or a particularly powerful CPU, you should still be able to run CS: GO with decent graphical settings.

Last but not least, CS: GO is a ton of fun – its deceivingly simplistic gameplay formula makes for a highly-dynamic and engaging experience, which only gets better as the player starts to become more familiar with the ins and outs of the game. It’s a game that’s easy to learn, and hard to master, but above all, one that is sure to keep you on the edge of your seat for hours on end.

CS: GO is playable on Mac M1 computers – all you will need to do to run this game on your M1 Mac is download it from Steam. Additionally, you can also play Counter Strike on Mac M1 using a cloud-gaming service such as Boosteroid.

While for most other games, there are certain differences between playing them on an Intel-based Mac and on an M1 Mac, for Counter Strike Global Offensive, the methods of playing this game are the same regardless of what type of Mac you are using. All of the methods shown on this page should let you play CS: GO on your M1 Mac. If you are having problems with any of them, feel free to contact us in the comments section and tell us about the issue you are facing – we will do our best to assist you.

All of the mentioned methods are viable ways of playing CS: GO on a Mac machine, so it is up to you to decide which one would be the best in your case. CS: GO isn’t a particularly big or demanding game, so pretty much any Mac released in the past 7-8 years should be able to run it with no problem (see system requirements below). That said, if you lack the needed storage space or for some other reason don’t want to install the game on your Mac, you can still play it remotely, through either of the mentioned cloud-gaming services.

Below, we will give you instructions for each of the three mentioned methods of playing CS: GO on a Mac computer, so that you can pick the one you prefer and use it to run the game.

CS: GO is now available to play on cloud gaming servers. This assures NO
compatibility issues while playing on your Mac as well as top-notch performance.

Before playing CS: GO make sure you get the game through the official websites. For the moment only Steam is compatible with cloud gaming services such as Boosteriod and Geforce.

All you need to do now is register for Boosteroid. This allows you to add CS: GO to their Cloud Gaming Library. Once uploaded you can seamlessly play the game from your Mac, TV, or Mobile Device.

This is the quickest and easiest way to play CS: GO on your Mac because it only requires you to create a Boosteroid account and nothing else. You don’t need to install anything on your Mac – you can directly start playing as soon as you’ve registered on Boosteroid. Still, we’ve provided a brief explanation of the process down below:

GeForce Now is another cloud-gaming service, similar to Boosteroid. The difference here is that GeForce Now has a free subscription plan (obviously, with several limitations) and that you’d need to install a GeForce Now client app in order to use the service rather than directly play the games from your browser. Below is a quick explanation of how to set up GeForce Now on your Mac and use it for playing CS: GO:

For more detailed instructions on how to set up and use GeForce Now, please, follow this link.

The advantage of installing the game directly on your Mac is that you won’t need to pay for anything as the game itself is free and also that your multiplayer experience won’t be so heavily-dependent on having a very fast Internet connection (though you’d still need a good connection to play properly). The downside is that the game will take around 30 GB of storage space on your Mac, so if you don’t have a whole lot of free space, this may be an issue. That said, here are the instructions on how to download and install CS: GO on your Mac.