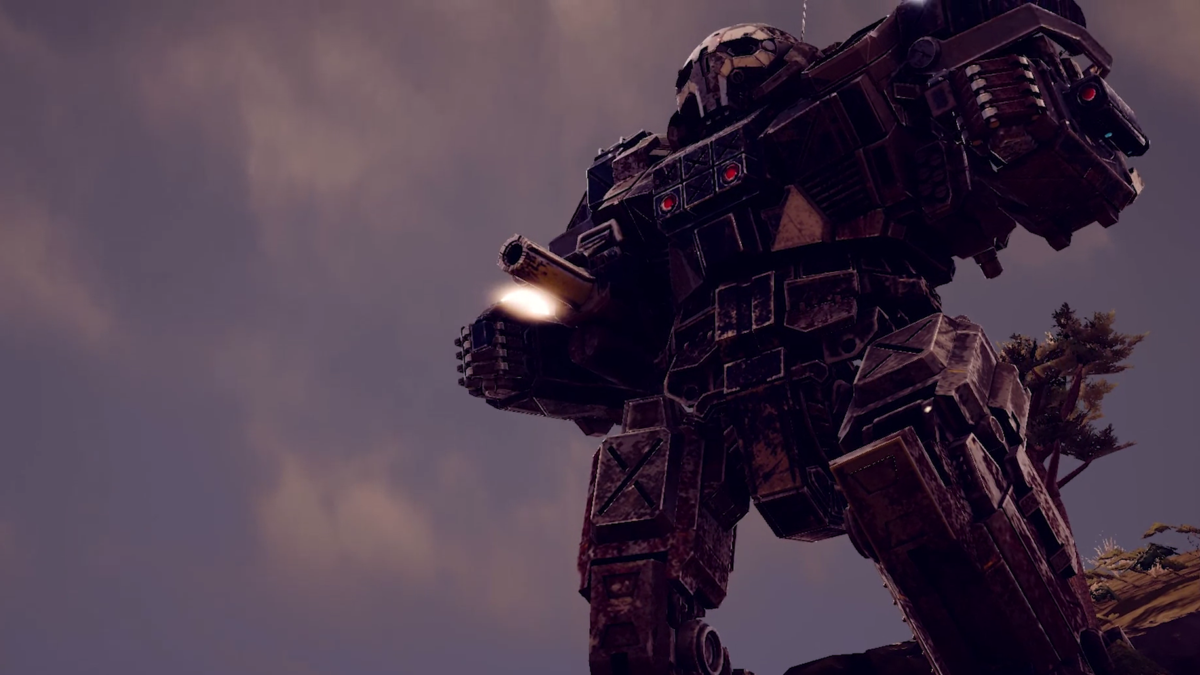 BattleTech is a deep tactical war video game in which players command mecha (large robots, generally represented as humanoid walking vehicles, operated by human pilots) in a futuristic setting. The video game was based on a board game with the same name, which was the inspiration for the whole BattleTech franchise.

If you own a Mac, you can play BattleTech in two easy ways. As the Mac OS is a supported platform, the game can be downloaded and installed on your Mac without any problems.

Although this is the standard method for playing games on a Mac, there is a more convenient option that does not need the installation of any games and saves up disk space. What we are referring to is the availability of cloud gaming services like Boosteroid and GeForce Now, which allow Mac users to play games online.

If you want to give BattleTech a try, you can play it on your browser using any of the above-mentioned cloud services without worrying about installing it or meeting the system requirements. Any Mac, even those with an M1 or M2 chip, can launch the game and play it via cloud gaming.

Detailed instructions for that can be found in the links below, but first, let’s take a look at BattleTech and see why you may be interested in playing it.

BattleTech’s setting is identical to that of the original board game, which has since been renamed “Classic BattleTech”. It takes place in the year 3025, during the Succession Wars Era.

Because of the length and intensity of the conflict that has been going on for years, there has been a regression in technology. The battlemechs have become scarce and, thus, highly prized by the warring houses.

The main campaign revolves around a character called Kameo Arano and her quest to reclaim the space region of Aurigan Reach from her uncle, who seized it during her childhood. The player gets drawn into the brutal interstellar civil war and experiences thrilling action and unexpected plot twists. There are enough conversations and plenty of backstories to read throughout the game that can give them a hint as to what is going on.

For the duration of the game, the player assumes the role of a mercenary commander who is in charge of a squad of battlemechs (mechs for short).

Before leading the mechs into battle, the player can customize them by selecting a model, a shield, a pilot, and weapons for each of them. The game requires players to carefully think about how their mech squad will be equipped and how they will attack because that reflects in combat.

In addition to customizing the mech’s hardware, the player can also assign certain skills to the mech’s pilot, which are accessible from a skill tree.

A MechLab for repairs and upgrades is available to the players, where they can replace worn-out or broken weapons with looted weapons from fallen foes.

Negotiating contracts with nobles to ensure that the mercenary outfit of mechs and MechWarriors that pilot them has enough money to continue functioning is another important gameplay element. The player chooses to fight on the side of one or more of the warring noble houses and takes on different missions that serve their objectives.

The missions in the game are challenging and well-put-together. They include various objectives like rescuing civilians, raiding ancient military bases, battling with ships that need to be destroyed, protecting a convoy, or eliminating all adversaries.

Combat is turn-based and involves tactical mech battles. In each turn, players are given time to think through their options. There is a lot of strategy behind each action; therefore, the key to success in battle is to carefully position your mech and aim with precision.

The game offers a wide variety of unique, hand-crafted battlefields, which provide plenty of opportunities to switch things up tactically and get more challenged.

There is a feature-rich PvP mode where players can compete with their customized mechs.

A server browser helps them to search for matches online or host their own. There are additional options that allow players to select maps or restrict mechs to their default configurations.

Fans of the game are sure to like the competitive multiplayer, as it gives them a chance to test their strategies against friends and random online opponents.

In terms of design, BattleTech does not look like some far-future sci-fi title. The developers have used cartoon style for the environment and the characters and have intentionally slowed down the mechs’ movements to ensure that their size and power are apparent to the players.

The soundtrack is also reflecting the game’s war setting. The music is mostly symphonic and comprises of a mix of orchestral melodies with electronically created sounds. The voice acting is also of good quality and brings characters to life.

BattleTech is a game that is played at a slow-pace. The title is perfect for those who like strategic decisions and find joy in the meticulous management of a mercenary unit. Digging into the mech customization options and developing the mechwarrior pilots with various skills feels like a separate minigame. So if you have a couple of hours to spare, and want to be in charge of giant war robots, get BattleTech and give it a try.

Can you play BattleTech on Mac?

If your Mac meets the game developer’s minimal system requirements, you can play the official MacOS BattleTech version by downloading and installing it. Alternatively, you can use e a cloud gaming service like Boosteroid or GeForce Now to play BattleTech on a Mac via live streaming. In this way, you can enjoy the game without having to download or install anything.

BattleTech can be downloaded and played on a Mac by purchasing the macOS version of the game from a reputable online store and following the on-screen instructions to set up the game. After purchasing BattleTech for Mac, you need to install the game (this can happen through the game store client) and start playing it once the installation is done.

How to Play BattleTech on Mac

You can play BattleTech on Mac by loading it directly in your browser with a cloud gaming service like Boosteroid or GeForce Now. Alternatively, you can download and install the game on your Mac by purchasing it from a trusted gaming store.

The first step is to buy the game. Make sure that you are getting the MacOS version.

How to play BattleTech on Mac M1

You can play BattleTech on a Mac M1 with little to no preparation by using a cloud gaming service like Boosteroid or GeForce Now. The game can also be played after being downloaded from Steam and installed with the Steam client on the system. In any case, the game has a macOS-compatible version, so setting it up and running it shouldn’t be too much of a hassle. Just before you purchase the game verify that your Mac can run it by checking the developer’s system requirements.

Play BattleTech on Mac with Boosteroid

You can play BattleTech on Mac (M1 and Intel models) with Boosteroid. Read our detailed guide.

How to Play BattleTech with Boosteroid

Play BattleTech on MacOS with Steam