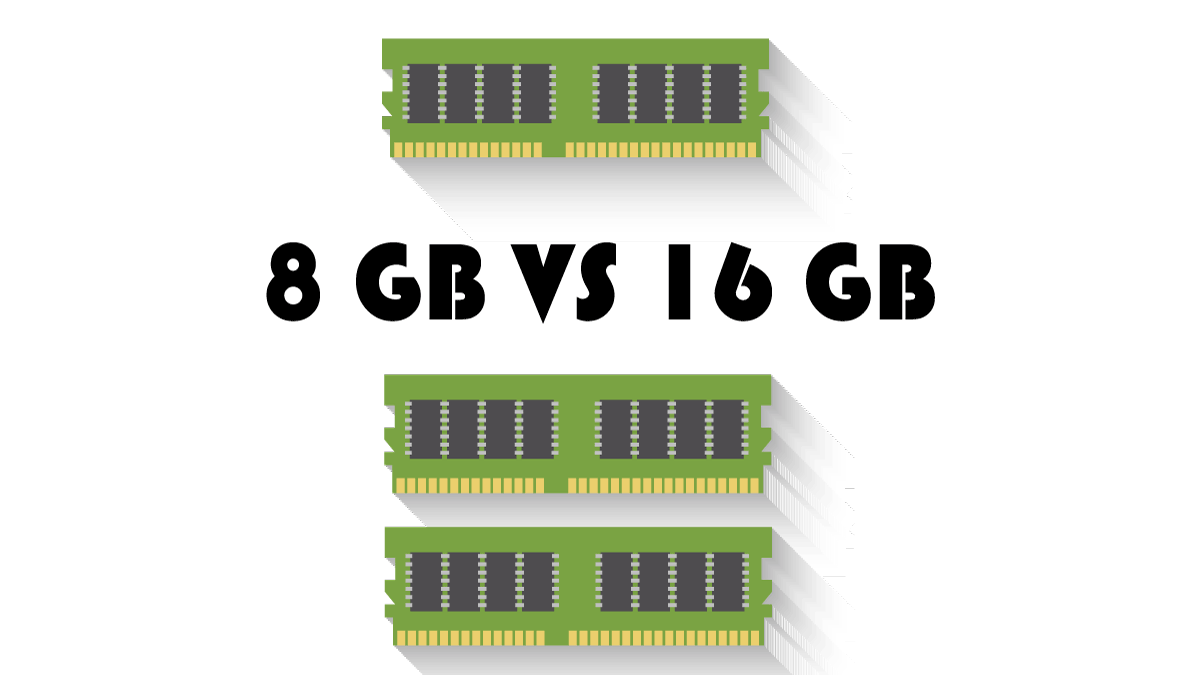 With the introduction of Apple’s latest 13-inch MacBook Air, a lot of people are struggling to decide which of the models to choose – the one with 8GB or 16GB RAM.

As we all know, RAM has a significant role in deciding the machine’s output. However, is it worth to pay an additional 200 bucks to upgrade from 8GB to 16GB? In this article, we will share with you some test results of both M1 MacBook Air models to help you decide. MacBook Pro 13 inch models will have comparable results as the ones in this test.

Expect both models to use a considerable amount of swap memory. More than a few of our users have seen up to 10GB swap memory used when multitasking. This brings up the question of how healthy is this for your SSD.

To many this may seem like a backward step when upgrading from an older Mac, however, the M1 architecture has been constructed to take advantage of more swap memory as the newest generation of SSD have a considerably faster read-write speed and are more resilient to heavy use.

Buying 16gb of Memory for futureproofing

Usually over time programs evolve with more features and become more ram intensive. This is an inevitable part of a computer’s life cycle. However with these new M1 chips in the upcoming year, we will be seeing something which looks like the exact opposite.

MacOS keeps getting new updates which helps performance. Also, since only a small percentage of apps have been optimized for the M1 chip they tend to be very resource intensive on all Mac Silicon. As time goes by more and more developers will have optimized there apps and you can expect to see your Mac to run faster, with less ram and longer battery life.

Even though both MacBook Air models aren’t that different, pushing them to their limits can help you decide which one of them can fit your needs best. So, without further ado, here is how the M1 8GB Air compares against its 16GB variant:

In a test run in the Geekbench 5 cross-platform benchmark, the 8GB model obtains 7582 multi-core points in comparison to the 7586 points of the 16GB model. The 8GB single-core test scores at 1728 points compared to 1733 points for the 16GB.

These results show no significant difference in the performance of the two tested machines, considering the difference in their RAM capacity. So, in order to decide which one is worth it more, we need some more test results.

From the Geekbench 5 test results above it becomes clear that the more RAM would not affect the real raw processing power of the 16GB M1 MacBook Air model. However, the 16GB of RAM really is a game-changer when it comes to multitasking.

To see at what point there will be a difference in the performance of the 8GB model compared to its 16GB sibling, both Mac machines are pushed to the edge. For the needs of the test, 12 applications are set to run simultaneously, 20+ Safari tabs are opened, 6 Safari windows are set to play YouTube videos. Slack is set to run on full screen,  Spotify is in the background, and only then the 8GB model displays the familiar spinning wheel of death. This is a significant amount of load and we have to admit that it does take a lot to make the base 8GB model slow down.

As soon as we close down a few Safari tabs, however, both Mac computers return to their usual performance, with all working smoothly.

A lot of people are questioning the output of the MacBook Air with an external monitor connected to it. The tests on both machines, however, show very promising results.

Both models smoothly handle up to 13 applications running in the dock with 7 full-screen YouTube videos playing with full resolution. Swiping between full-screen videos on the external display happens smoothly without any frames dropping.

As far as the GPU is concerned, the 8GB MacBook Air 256 GB SSD has only 7 cores compared to the 8 cores of the 16GB model. Upgrading to the MacBook Air 512 GB returns that one missing GPU core. For most people, 7 cores are more than enough to enjoy several YouTube videos without any frame droppings. In addition, we believe that the additional GPU core can smoothly handle a little more graphics and ML heavy tasks without problems.

The M1 Chip provides a noticeable improvement in the system performance of the MacBook Air lineup. Based on the test results above, we assume that the base 8GB M1 MacBook Air model has enough power to handle even users who do a lot of multi-tasking. In fact, it takes a lot of loads to really slow down the computer in a significant way.

For this reason, the 8GB M1 MacBook Air seems to be a good fit for anyone who plans to use their Mac for online surfing and 4k editing and heaver multitasking that includes several apps and tabs running.

If you really plan to push your machine harder and need a Mac that can smoothly handle a big number of programs at the same time, then paying the additional $200 to upgrade to the 16GB model will give you the extra power that you need.