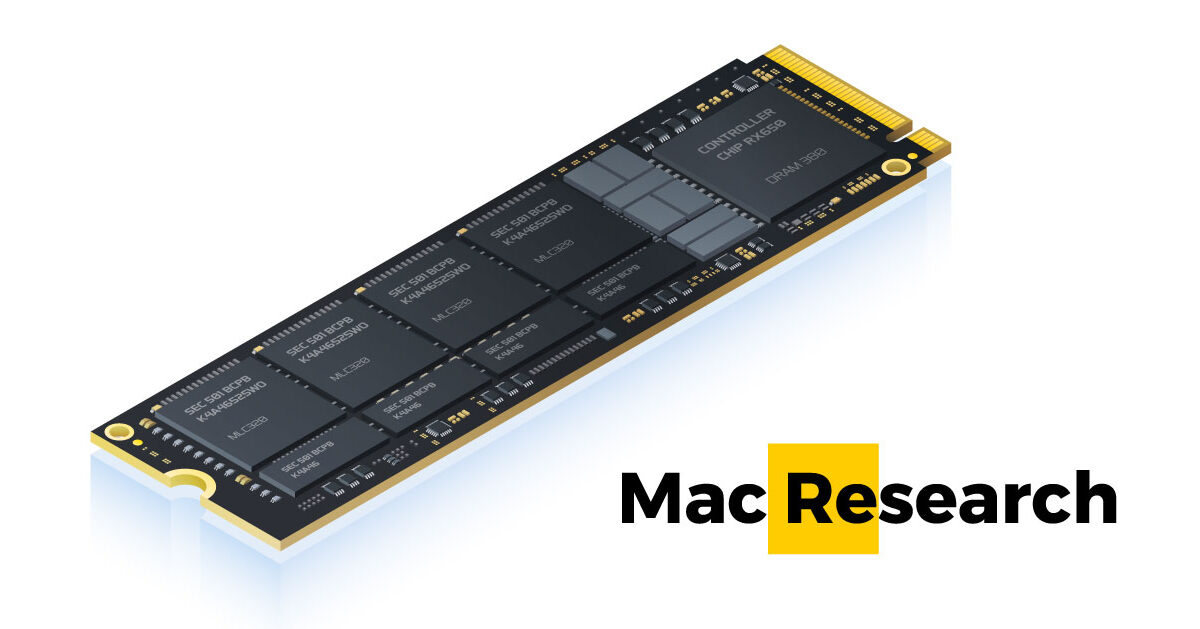 Since the introduction of the newer, more advanced, and better optimized APFS file system that came with macOS 10.13 High Sierra, the Mac OS Extended (Journaled) format started to get pushed to the sidelines. Currently, the APFS file system is the default one in newer Mac models. However, Mac OS Extended (also known as HFS Plus or HFS+) is still being used and, though it has a lot of disadvantages compared to APFS, there are several reasons why you may want to format a Mac hard drive (external or internal) to this format.

The main reason to still use Mac OS Extended (Journaled) is reverse compatibility. You see, one of the few problems with the APFS format is that it’s not compatible with macOS releases older than macOS High Sierra. Therefore, if, for example, you have an external drive formatted with APFS and a Mac running on macOS El Capitan, your Mac wouldn’t be able to access and read the data stored on the APFS-formatted drive. This is why it’s strongly recommended to format drives you intend to use with older macOS releases to Mac OS Extended (Journaled).

One last thing to mention about the Mac OS Extended format is that it isn’t compatible with Windows, so if you want to use a given external drive with both Mac and Windows computers, we do not recommend this format.

APFS is a file system for Mac computers first introduced with macOS 10.13 High Sierra and used in all Macs with SSD drives that have come out since 2017. The APFS file system is optimized for SSD drives and offers a lot of advantages.

APFS stands for Apple File System and it is a relatively new file system developed specifically for Mac computers. APFS is primarily geared towards SSDs or Solid State Drives and as such, it comes with an array of improvements over the more traditional Mac OS Extended file system used in older Macs.

The first notable improvement is much faster data-copying times. In fact, copy-pasting a file within the same APFS-formatted drive happens almost instantaneously, because, rather than creating an entirely new copy of the file, the APFS system simply points to the same data twice. However, if later the copy or the original file is changed, both files will still be stored as separate pieces of data, so nothing will be lost, and the end result will be the same as with the Mac OS Extended file system – the only difference would be that the copying process would happen much, much faster.

With APFS, there’s also a noticeably faster directory sizing speed due to improvements in the way metadata is stored and managed. In APFS, metadata about the size of different files are stored in a more accessible way, so that the system doesn’t need to examine the metadata of each individual file, one by one, which is how Mac OS Extended operates.

A third significant advantage of the APFS system is that it stores data more reliably, making it far less common for files to get corrupted due to crashes and power outages.

The fourth important change is the “space sharing” feature available in APFS. In traditional Mac OS Extended drives, when creating separate partitions on the drive, you’d need to decide upfront how much storage space would be allocated to each of the partitions and if, at a later time, it turns out that one partition needs more space, while there’s a lot of spare unused storage in another, you’d need to manually resize the partitions before you could relocate the spare storage space to the partition that needs it. In APFS, the storage space distribution is dynamic and happens automatically, depending on how much space a given partition needs, which means you don’t need to worry that the space you are allocating to a given partition may turn out to be insufficient at a later time, as the APFS system would automatically allocate to it any spare space available in other partitions if this happens.

There are a lot of other advantages of APFS, but those were the most noteworthy ones. Probably the only two significant disadvantages of the APFS system are that it lacks reverse compatibility and that it’s not compatible with Windows systems.

The lack of reverse compatibility means that if you want to use an APFS-formatted drive on a Mac with macOS Sierra or earlier, you’d first need to reformat it to Mac OS Extended (or to ExFat).

Also, as mentioned, this system doesn’t work with Windows, so it’s not a good idea to format an external drive with it if you want that drive to also be compatible with Windows computers. The recommended file system for cross-platform compatibility is ExFat (more on that in a bit).

What’s the difference between APFS and Mac OS Extended

We have already gone over the main advantages of both types of file systems/drive formats, showing you how they are better suited for different purposes. In general, APFS is superior in almost every way compared to Mac OS Extended, and as time goes on, the older file system will start to slowly fade into obscurity. That said, many Mac users are still using Macs with OS X versions that have come before High Sierra, which makes Mac OS Extended a viable option. Besides, if you have an external hard drive, it may be better to format it in Mac OS Extended, as the APFS system is specifically tailored towards SSDs, so it’s generally recommended that you use the older file system for any mechanical hard-disk drives.

What is the best format for a Mac hard drive?

Depending on what you need to use your drive for and whether it is a solid-state or a hard disk, you can format it to either of those two file systems. However, there’s also a third option – the ExFat file system – that, too, has its uses and may sometimes turn out to be the best option, even though it’s the least optimized format of the three.

ExFat is a rather old file format developed by Microsoft back in 2006 with the goal to allow for cross-platform compatibility. It has many disadvantages compared to the macOS formats we’ve already mentioned – it is less reliable, slower, and data stored in it is more prone to file fragmentation. However, there’s one significant advantage and that is the fact that it can be used with both Windows and macOS. Therefore, if you specifically want a drive that can be accessed through both operating systems, you should go with ExFat. On the other hand, if you don’t need such cross-platform compatibility, we do not recommend ExFat due to the issues we already pointed out.

First, we will tell you about the Case-sensitive option. If you format your drive to be Case-sensitive, what this means is that the system will see upper and lower case letters in the names of files, folders, and apps as different characters. Normally, the Case-sensitive option isn’t enabled, and so, for example, you can’t have a file named Text.txt and text.txt in the same folder, because the file system would see these filenames as identical. When the Case-sensitive mode is enabled, having those two files in the same place would be possible, because the upper case “T” and the lower case “t” would be seen as different characters. In general, unless you have an actual reason to format your drive to use a Case-sensitive file system, don’t do it. Many apps are programmed with the assumption that they’d be run in a case-insensitive environment, and so, if the file system is Case-sensitive, this could lead to all sorts of unexpected bugs and errors.

As far as the Encrypted option is concerned, if you use it, this means that the data on the drive would be encryption-protected. While this is better for security, it may (likely will) slow down the writing and reading speeds for the drive. Also, if you lose and/or forget the key, that would mean that the data on the drive would not be accessible to you, making it virtually gone. On the flip-side, if you want to store sensitive and important data on your drive, formatting it with an encrypted file system is recommended as this will significantly improve the security of your data.

All you need to know about macOS Monterey Updates