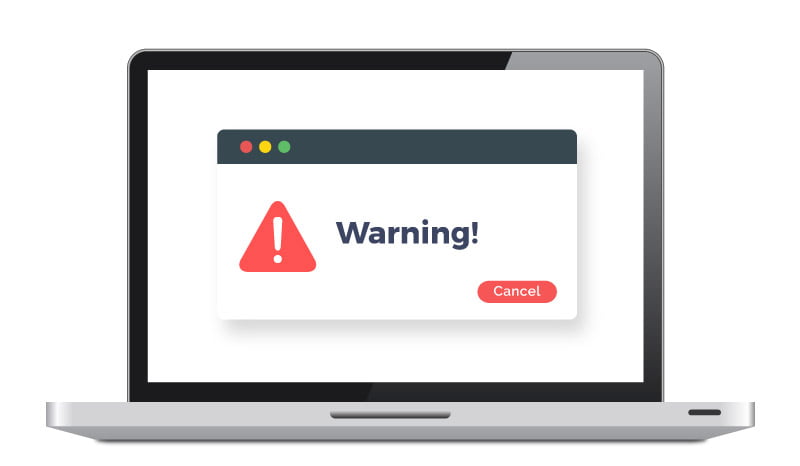 How to check your mac for viruses?

Most common ways to check for Virus on Mac

There once was a time when your Mac computer were considered to be relatively immune to viruses and malware. Users were blissfully secure and never had to worry about landing infections, that the concern of Windows OS users. But times have changed – dramatically. As a matter of fact, according to some experts, Macs are now far more vulnerable to externals threats than PC’s than ever before in history.

This is in part due to the fact that Macs now have a bigger market share than in previous years, so it only made sense for hackers to create viruses for the popular type of computers. But since Mac OS machines are becoming more and more popular, the numbers of malicious code written for them are growing as well.

Many of our users ask us “do i have a virus on my mac”, this brings us to the question as to how does one actually spot a virus infection on a Mac computer.

Interestingly enough, potential infection symptoms are not that much different on Macs than they are on regular PCs. Here is a list of some of the most common telltale signs of a possible virus present in your system, although they won’t all necessarily always be a surefire indication for malware.

4 symptoms of an Infected Mac

How to check your Mac for viruses?

Most common virus infections for your Mac

There are several categories of malicious code or viruses that target Mac computers and here are the most common ones you are likely to encounter:

Adware isn’t exactly malicious, but it is considered to be potentially unwanted software for a number of reasons. And one of these reasons in particular is the fact that ad-generating programs and browser hijackers are generally associated with the risk of exposing your computer to viruses as a result of their intensive advertising practices. You can read more about how adware works, why it’s dangerous and some prominent examples of this software category here.

Trojans are by far the most notorious type of viruses out there. They are stealthy, versatile and the amount of cyber attacks they are responsible for far outnumbers that of any other type of virus category – for Macs as well. Although Trojan horse viruses can be employed for a wide range of different malicious tasks, in the majority of instances of infection these threats steal sensitive user information, like personal data, usernames, passwords, etc.

A vivid example of a Trojan horse virus that infected millions of Mac computers and made headlines was the Shlayer Trojan.

Ransomware viruses are a pretty big deal, regardless of the operating system you’re using – none are safe. There are different subcategories of this malware type, but they all operate on the principle of blocking their victims’ access to something in their system and demanding a ransom payment for it. Typically, ransomware will apply an encryption algorithm to the data stored on the infected computer, and unless the victim pays, they will likely permanently lose access to said data.

These are actually among the most rapidly growing virus groups and it’s a good idea to read up on them and know what you can do to protect yourself from a potential attack.

Ransomware viruses for Mac have been around for a few years now, and every now and then there’s one that particularly stirs up a lot of trouble and often makes the news. Here’s a good example of a Mac ransomware variant that caused a lot of noise a few years ago.

Macro viruses have always been associated with Microsoft Word documents, where the virus is activated when the victim opens a file and has macros enabled. In such cases the macro virus can run a code to achieve a number of different malicious tasks. For instance, it can corrupt files, access webcams and mics, take screenshots, insert and send data, format your disks and drives, etc. You can read more about how these viruses operate here.

And it wasn’t until just a couple of years ago that macro viruses started targeting Mac OS users as well. In fact, the first known attack of this kind on Macs occurred in 2017 and the virus launched a whole list of malicious processes at once.

Does my Mac have a built-in virus scanner?

Anyone who has ever had the discussion with a Mac user regarding the security and safety of their OS has heard that Macs come with integrated protection mechanisms that make it virtually impossible for viruses to infiltrate them. Or so it used to be anyway.

And, in truth, Mac OS computers really do have an antimalware system already built into them when you buy them. The software is known as XProtect and it functions much like your regular antivirus program for PCs. Basically, it scans any new content that is about to come into contact with your Mac for viruses (e.g. new applications you’ve downloaded).

Here’s a fairly good and comprehensive summary of how XProtect works.

Should I install an antivirus for my Mac?

If you ask someone in the Apple Store they will tell you that Mac are super secure. As pointed out in the previous section, Apple has already equipped its computers with an integrated antivirus tool that does its best to protect your Mac from any external threats. It pretty much prevents users from being able to download and install unsafe files from the internet. Unless you are hell-bent on downloading a file, program, application, what have you off the internet, and are willing to disregard the warnings of XProtect, then there’s little to no way you can land an infection.

With that in mind, installing any additional antimalware software would be pointless, as you’d disregard its warnings as well. So, to put it simply, XProtect offers sufficient means of security for your system, as long as you let it do its job. Thus, there’s no real necessity to enhance your Mac’s safety using more antivirus tools.

How to delete malware from your Mac manually

As a safety rule of thumb, we would say that downloading applications from sources other than the official App Store is a risky feat if you see a message such as “can’t be opened because apple cannot check it for malicious software.” you should think twice before downloading. In fact, we’ll go even further and recommend removing everything that didn’t come from the App Store, if you don’t want to put your Mac in danger of a potential virus infection. And below we’ve put together a brief guide to help you uninstall any applications that may seem sketchy or untrustworthy from your system. Many legit programs like Zoom are considered safe but, they are well know for having security vulnerabilities.

1.      Locate the app you wish to uninstall in the Applications directory.

1.      You can delete apps using Launchpad, for which you will need to hit F4 on your keyboard.

1.      Open Finder and at the top of the screen select the Go dropdown menu.

2.      Press and hold the Opton/Alt key in order to reveal the Library option. Click on it.

3.      Now locate the folder that has to do with the app you wish to uninstall.

4.      Open the Application Support directories (also in the Finder) and locate the folder that has data relevant to the respective app.

How to check for malware on mac?

Without using a professional Anti-malware or Anti-virus program there is no way to know for sure. Some users might have symptoms that resemble an infected computer but that can be caused by numerous amount of issues. We recommend using free software to check if your mac is infected.

5 free antivirus scanners for your Mac

1.      Bitdefender Virus Scanner for your Mac. This is among the best free antivirus tools for Mac computers currently available. With three scan options at your fingertips, users can scan their whole system, specific locations or so-called critical locations that are more likely to be problematic such as temporary files and downloads. Bitdefender is equipped against all Mac-specific viruses, even as a free version. However, like most of the suites listed here, it does not offer real-time protection.

2.      Sophos Home for your Mac. A great option for familiar, Sophos Home comes equipped with parental control features and remote management options. Just like the previous software, this one provides protection against all Mac-specific malicious threats. But on top of that, the protection it offers is real-time.

3.      Malwarebytes for your Mac. This name is known to many Mac users by now, as it has become pretty much a staple for quality malware cleaning. And, indeed, even the free version of Malwarebytes offers excellent scanning features that won’t let any virus past its guard. The downside, though, is that you don’t get real-time protection.

4.      Avira Free Antivirus for your Mac. Avira is very streamlined and lightweight – or at least the free version of the antivirus software is. And it offers premium protection against viruses of all sorts, in real-time at that. The downside is that Avira does not offer web filtering, although that can be solved by installing Avira’s security browser plug-in. And another issue that some users have with this particular tool is that its full-system scan may slow down your Mac.

5.      Avast Free Mac Security. The free version of Avast for Mac is packed with various features, including real-time protection, full-system virus scans, targeted checks and more. You can even schedule scans to take place automatically when you’re not at your computer.

5 ways to keep your Mac virus-free

This one seems like a hard one, but it’s not. It basically boils down to using your common sense when browsing the web. And especially apply this to the content that is sent to you via email and other messaging platforms. Don’t click on links, attached files, etc., more so if the sender is not familiar to you. This is perhaps one of the easiest ways to land a virus infection, therefore just try and be mindful of what you’re about to click on.

This one is very simple too: just watch out for any alerts from Mac’s integrated antivirus software and follow its instructions whenever prompted to. If it’s detected something that it deems dangerous – chances are it probably is.

Make sure your web browser is up to date

Regularly installing updates for your browsing program whenever those become available can actually go a long way when it comes to your computer’s safety. Depending on the browser you use, this may need to be done manually, so look out for alerts.

All computers have a Firewall feature and it exists in order to protect users from unauthorized applications and services from accepting incoming connections. This is a simple thing to have in mind, but it’s an important one. So if your Firewall has been disabled for whatever reason, be sure to switch it on.

This comes highly recommended for users who often use public Wifi connections, but anyone can benefit from a VPN tool. It pretty much ensures that your personal information is protected from prying eyes should the Wifi network be hacked or otherwise compromised.

Is Apple Store Open Near Me?