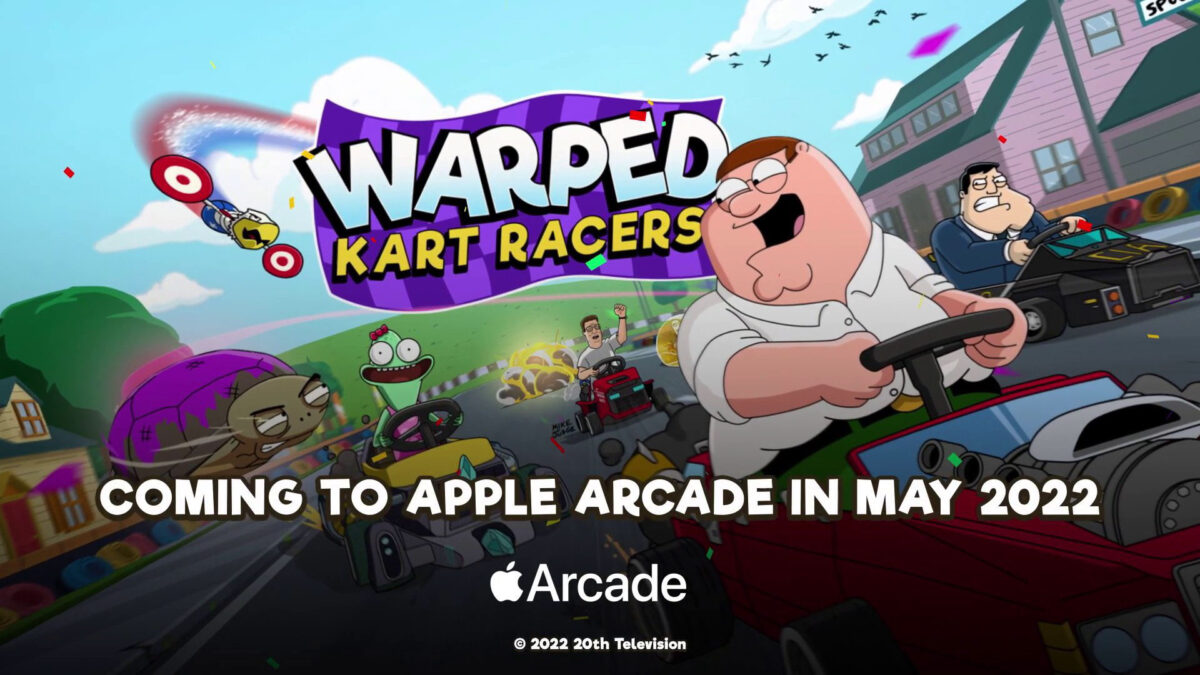 Warped Kart Racers, a new Mario Kart-like game, will release on Apple Arcade on the 20th of May and will be available for downloading on the App Store. The game features a colorful cast of 20 fan-favourite characters from several popular animated shows, including Family Guy, King of the Hill, Solar Opposites, and American Dad.

Each character seems to have unique abilities and gameplay and up to 8 players could join in a single race in Warped Kart Racers. There are also 16 different maps/racetracks inspired by some of the most well-known episodes from each show. In-line with its characters and setting, the game features a cartoony aesthetic, graphics, and gameplay.

By the looks of it (mainly what we’ve seen in the trailer), the game looks promising, and though it’s obviously not something that hasn’t been seen many times before, the crisp graphics, the inspired effects and the faithful to the original representation of each character suggests that Warped Kart Racers would be a fun experience, especially to people who are already fans of the featured animated shows. One thing that caught our attention is the dynamic and faithful facial expressions of each character during the actual races – a cool addition that further reinforces the comedy-style of the game.

To add to the game’s appeal and playful and lighthearted nature, there would be a lot of amusing customization options for each character – from picking between a wide selection of vehicles to deciding what hat and attire would be worn by your character.

Together with Warped Kart Racers, several other games will become available with Apple Arcade during April, including BadLand Party (releases on 6th of May), Goat Simulator (13th of May), and Pro Darts 2022+ (27th of May).

Each of those games are totally free to play with an Apple Arcade subscription, which costs $4.99/month. A single subscription to the service grants up to six family members access to over 200 games available on the Apple Store.