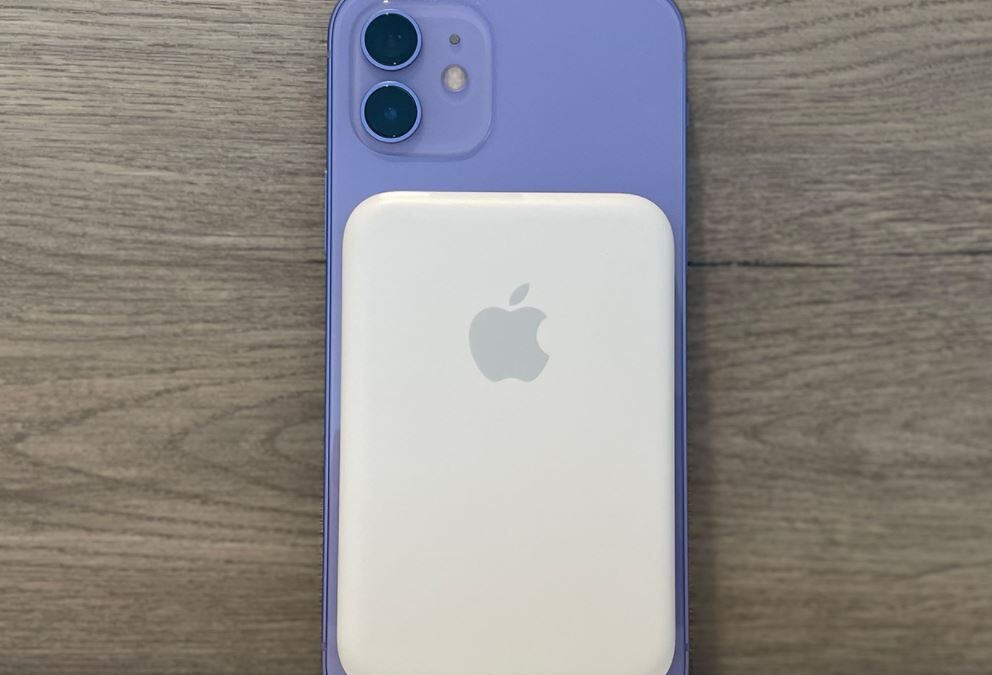 MagSafe is a relatively new type of Apple technology first introduced with the iPhone 12. It uses a magnet inside the iPhone that allows users to magnetically attach different physical accessories to the device. Such accessories could be car mounts, card wallets, chargers, external batteries (battery packs), etc. In the case of MagSafe chargers and battery packs, an additional function of MagSafe is that it allows for wireless charging of the phone. In other words, attaching a battery pack to the back of your iPhone via the MagSafe technology would allow your device to get wirelessly charged from that battery pack.

If you are already using MagSafe battery packs on your iPhone, you may be interested to learn that Apple recently released a MagSafe firmware update that improves the battery pack iPhone charging speed. This firmware update allows for 7.5 W charging via MagSafe battery packs, whereas up until now the limit was 5W. This charging speed is still significantly lower compared to the 15W offered by wired MagSafe chargers, but it’s still a notable improvement that we believe iPhone users would appreciate. Below, we’ve shown the steps you’d need to follow in order to install the update.

First, we recommend checking the current version of your iPhone’s MagSafe firmware version. Here’s how to do that:

Note that the MagSafe battery pack firmware update happens automatically regardless of whether you use an iPhone or a Mac to update. However, as mentioned, attaching the battery pack to your iPhone and waiting for the automatic update to take place can take days, maybe even a week. On the other hand, if you connect the battery pack to a Mac or an iPad using a USB-C/Thunderbolt cable, its firmware should be updated within 5-10 minutes, provided that the Mac/iPad is connected to the Internet.