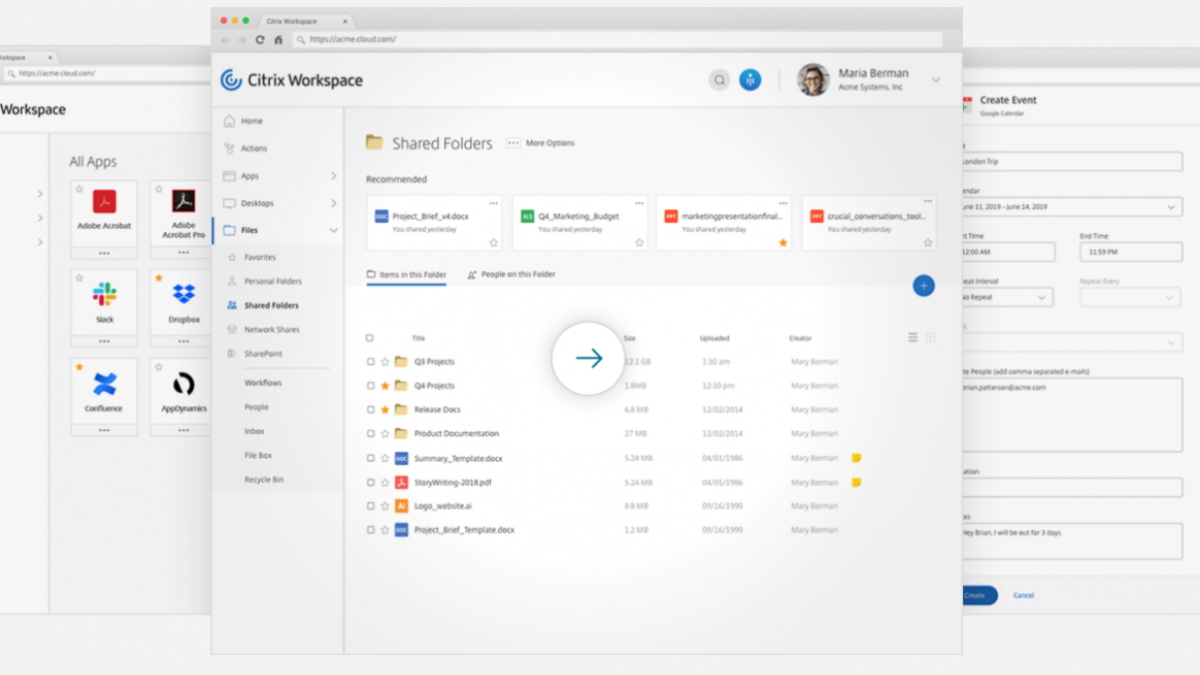 Citrix Receiver is an app developed by Citrix used for providing remote access for the user to remote desktops and to separate apps located on those desktops. It is a useful application compatible with a variety of platforms that allows for quick access to other machines from the same network. As of 2018, Citrix Receiver became Citrix Workspace. Most clients use the platform from Windows and Mac OS operating system,

Although Citrix Receiver/Workspace can be a very helpful app, some users may want to uninstall it because there are certain vulnerabilities in its code that could sometimes lead to trouble. One vulnerability present in both Citrix Receiver and Citrix Workspace at the moment of writing this post is CVE-2019-11634, which could allow attackers to gain access to the user’s hard drives and execute malicious code on the targeted machine. Currently, the only versions of the apps that seem to lack this vulnerability are Citrix Workspace 1904 and Citrix Receiver 4.9.6001.

To decrease the potential for exploitation of the vulnerabilities, the creators of the app advise that users employ the app’s Selective Trust Policy. At the moment, updates are being developed to help ameliorate the problems with the app but this may not take care of all issues related to the security of Citrix Receiver/Workspace.

Using Citrix Receiver is not recommended

As we said, in 2018, the Citrix Receiver app was discontinued and its place was taken by Citrix Workspace. Even though Citrix Receiver can still be downloaded and used, it is not advisable to do this because it no longer receives patches that can fix any security weaknesses and other potential problems present in the app. If you continue using Citrix Receiver, you are likely to encounter certain problems such as the inability to connect to the Citrix Cloud service because of the required TLS (Transport Layer Security) 1.2 cryptographic protocol which isn’t supported by Citrix Receiver (it only supports 1.0 and 1.1).

The current availability of both Citrix Receiver and Citrix Workspace causes confusion among lots of users, especially ones used to working with Receiver. It’s worth mentioning, though, that Workspace comes with the same functions as the Receiver version while also adding some new options and features and generally being the more secure variant. Therefore, it is advisable to uninstall Citrix Receiver and switch to the Workspace version to get the best security and functionality from this line of apps.

However, uninstalling Citrix Receiver may not be all that easy and, oftentimes, there could be leftover files that stay on the computer, potentially containing weaknesses that may get exploited by cyber criminals.

In the following lines, we will focus on helping you with the full uninstallation and removal of Citrix Receiver from your Mac on OS Catalina computer so we advise you to stay with us until the end of this post if you want to delete everything related to this app from your Mac.

How to uninstall Citrix Receiver from Mac OS Catalina

The next instructions will show you how to uninstall the client for Citrix Receiver. To learn how to remove any files that may be left behind by the app, be sure to take a look at the next guide, where we will address this.

How to remove leftover files from Citrix Receiver on Mac

After the uninstallation of the Receiver client is completed, go to the following file locations and if any of the files listed below are still present on your Mac, delete them manually:

Method 2: Remove Citrix Receiver from Mac through the Terminal app

This method should allow you to altogether get rid of everything related to Citrix Receiver without needing to manually find and delete leftover data after the uninstallation is completed.

Disclaimer: The next steps involve the use of the “sudo” terminal command which is the most powerful deletion command and if you use it for the wrong directory, you risk deleting potentially important data. Proceed with the next steps at your own discretion.