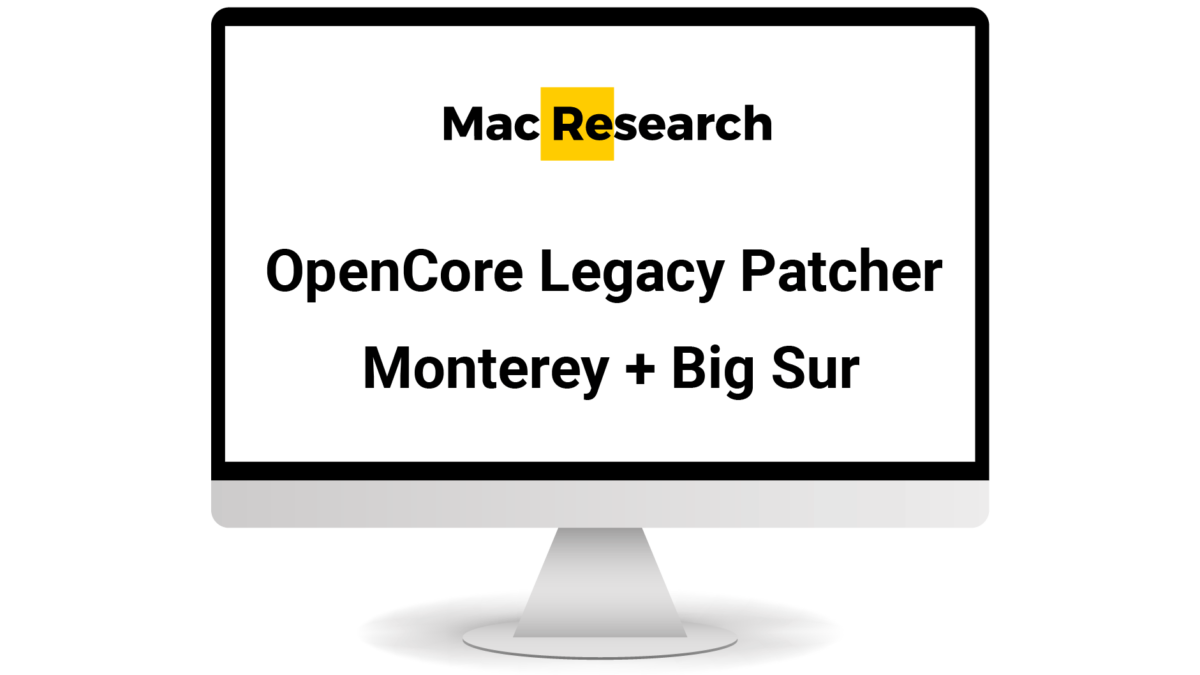 Since the release in 2020 of the first Mac models that use the new Apple M1 chip rather than Intel processors, Apple has started rapidly moving away from Intel CPUs and, as a result, is dropping its support for Intel-based Macs in its latest macOS versions. Such was the case with macOS Big Sur, and this tendency continues with the recent release of macOS Monterey. What this means is that more and more older Mac models are no longer able to use the latest macOS versions, which may inconvenience a lot of users. The good news is that the people at Dortania have worked out a way to allow owners of older Macs that don’t get support for macOS Big Sur and Monterey to still run those OS X versions with relative ease, using a tool called OpenCore Legacy Patcher.

Not only can this program let you run those newer OS X releases on older Mac computers, but it can even let you run OS X on a PC or Linux computer, which is known as creating a Hackintosh.

With the release of macOS Monterey, eight more Mac models joined the list of Apple machines that are no longer supported and that cannot use the latest OS X version. This, in turn, adds those models to the list of Macs that receive OpenCore Legacy Patcher support, so if you own a Mac that belongs to that list, you can use OpenCore to install on it Monterey, even though this OS release doesn’t officially have support for your Mac. Here is the list of models that Apple has dropped with the release of Monterey:

Whether you want to install macOS Monterey or Big Sur on your older Mac, the process is the same, and we will give you a brief explanation of how to do it. Note, however, that this is a relatively advanced operation, and it requires you to have both some prior knowledge and experience with command lines and the use of the Terminal/Command Prompt, as well as enough time to spare. If you need your current Mac for work, it’s better to tinker with it, trying to install a new macOS version that doesn’t support it.

Also, before you start, you must make sure that your Mac is compatible with this whole procedure – there are a lot of limitations to what hardware your Mac can have in order for you to be able to perform the whole process. You can find a detailed list of those limitations on the official GitHub page of OpenCore, so we advise you to carefully study the compatibility section before you continue.

Finally, note that you will need an empty USB device with at least 16 GB of storage space, as well as at least 30 GB of free storage space (preferably more) on your Mac.

Now that we’ve got all of this out of the way, here’s how to install the macOS version you prefer on your older Intel-based Mac: