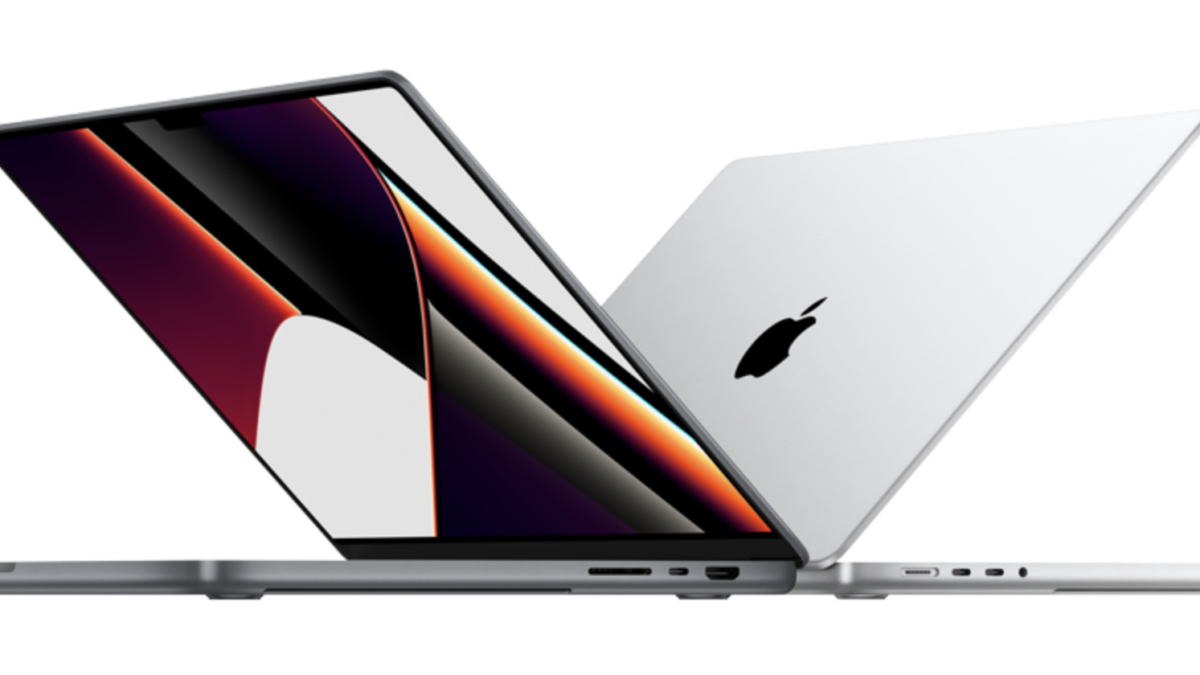 Apple’s 14-inch MacBook Pro is a high-end Apple laptop equipped with the powerful M1 Pro chip. Its base configuration variant comes with 16 GB of unified memory, but you can also choose the 32 GB memory variant for an extra $400 to the total price of the machine. The base 16 GB memory M1 Pro MacBook Pro is a very potent machine due to its high-performance M1 Pro chip. However, if you are looking to buy this Apple computer, you may be wondering if it wouldn’t be worth paying that extra $400 for the 32 GB memory variant and getting an even more souped-up machine.

The question of which version of the MacBook M1 Pro is the better option seems rather straightforward at first sight – after all, 16 GB of memory is already a lot, more than the majority of users would ever need, but more is always better, right? After all, you are already paying quite a lot for a high-end MacBook Pro, why not pay a bit more and get an even more powerful machine? Well, due to the specific architecture of the M1 chips and the way memory is being utilized in them, figuring out the answer to that question for yourself may require you to take into account certain factors that may not be obvious at first.

Unified memory in the M1 chips

The M1 chips featured in newer Mac desktops and laptops are often referred to as SoC (System on a Chip). This is because both the CPU and the GPU component of M1 Macs are placed on the same M1 chip. This significantly improves the data transfer and, in turn, the memory usage efficiency. The fact that the CPU and GPU are on the same chip makes the M1 Macs very fast, giving them a very good performance, but also the improved efficiency greatly reduces heat generation. This is why, even though Mac computers, in general, have poor cooling, the M1 models rarely heat up, so there’s no need for large fans and advanced cooling.

One thing that is rather unorthodox about the M1 chip, which is a direct result of the specific architecture that they have, is that the CPU and the GPU of M1 Macs share the same memory pool. This means that if an M1 Mac has 16 GB unified memory, this means that these 16 GB is both the RAM and the VRAM of the machine. An M1 Mac would, therefore, freely shift the memory usage between the CPU and GPU, depending on how much memory is required by either component. As said, this improves memory usage efficiency by providing low memory latency and high bandwidth. This type of architecture also allows the components in the M1 chip to freely access the same data without the need to copy it to a different memory pool, further boosting efficiency and performance.

In addition to all that, the M1 Pro MacBook Pro also has 200GB/s of unified memory, and it comes with a faster 7.4GB/s SSD. This lets the system, swap memory with SSD a lot quicker compared to older Macs and Windows PC computers, which is one of the reasons behind the large leap in performance and efficiency that comes with the M1 chips.

You should take all of this into account when deciding whether to get the 16 GB or the 32 GB configuration variant of the MacBook Pro M1 Pro. It may turn out that you won’t ever possibly need the higher memory option, as both MacBooks are so efficient and high-performing that you wouldn’t be able to tell the difference unless you are really pushing them to their limits with lots of multitasking combined performed in resource-hungry programs such as Photoshop and Adobe After Effects. Another instance when the difference in the amount of memory may become more noticeable is when running virtualization programs such as Parallels – we will elaborate on that a bit further into this post.

Many researchers are eager to see if there’s any actual real difference between the two M1 Pro MacBook Pro variations, and the results we’ve seen thus far have honestly surprised us.

In tests where the two machines are tasked with exporting videos from Lightroom Classic, on average, the 16 GB model takes just a couple of seconds more to export the same videos as the 32 GB MacBook Pro.

The results are similar when the two machines are tasked with exporting 4K ProRes Raw videos.

When compiling Xcode projects, the difference in performance is slightly more noticeable – the 32 GB model is, on average, about 14-15% faster.

The performance of the two machines is also largely the same when they are tasked with photo,  video, and audio editing, heavy browser use with many tabs open at the same time, and coding. Note, however, that here we are talking about medium workloads that aren’t pushing the two MacBook Pro models to their limits. If you ramp up the workload, the difference in the amount of memory that they have will eventually start to become more noticeable. The point that we, and other researchers of the same topic, are trying to make is that regular users, as well as a lot of professionals, would be perfectly satisfied by the real-life, day-to-day performance of the 16 GB M1 MacBook Pro, and they would be unlikely to ever get to a point where having more unified memory would make any meaningful difference. That said, there are, of course, exceptions to this, which is what we are going to look at next.

When and why getting 32 GB may be justified

Despite the high efficiency in memory usage that the M1 Pro chip has, there are certain programs that are simply very memory-hungry and if you are a professional who needs to perform complex tasks in such programs, you may end up needing that extra amount of memory to help you with your work. Common examples of such programs are photo- and video-editing software such as Adobe Photoshop, Adobe After Effects, Lightroom, etc. If, for example, you often need to edit very complex, high-quality photos and videos, you’d probably sense a distinct difference in performance between the two memory configurations of the MacBook Pro. In such cases, the higher amount of memory would help both with getting smoother performance while editing the particular video or photo and with exporting it more quickly. Also, if you need to perform any 3D rendering or run complex simulations, the extra memory would absolutely make a significant difference, due to the highly-demanding nature of these tasks.

Another situation in which the extra 16 GB of memory may come in handy is if you use your MacBook for heavy multitasking. Here, we aren’t talking about simply having a few more tabs open in your browser. This is more about running several demanding apps at the same time, with each app having several windows open. If you do that level of multitasking on a regular basis, it would probably make sense to get the higher memory variant, though, of course, it still really depends on just how much you’d be pushing the machine.

The third instance when the larger memory pool would have a noticeable impact on performance is if you run demanding programs in Parallels or another virtualization program. In such instances, your Mac’s memory would need to be split between the computer’s macOS and the virtual machine (VM) created by the virtualization program. If you want to run any demanding programs in the VM, you’d need to have enough memory to allocate to it while still leaving enough for your macOS to function normally. An obvious example here is if you use Parallels for gaming. Games require both a lot of CPU and GPU memory, so your M1 MacBook would already have to split its unified memory between the two components in order to run the game. Furthermore, the memory would also be split between the macOS and the VM. If gaming through Parallels is something that you’d want to be able to do with your new MacBook Pro, we strongly recommend the 32 GB option. The same applies to any other resource-hungry software that you may want to run through a virtualization program such as Parallels.

Lastly, the bigger amount of unified memory will undeniably make your M1 MacBook Pro more future-proof. The demand for memory has slowed down nowadays compared to 10 years ago, and the higher efficiency of the M1 chips further lowers the need for having extra memory in your Mac. Nevertheless, having more is still better in the long run, as apps would inevitably keep getting more advanced and, in turn, more resource-hungry, so if you are looking to invest in a MacBook that will last you as long as possible, the 32 GB model may be the better choice. Of course, it’s impossible to predict the future with 100% certainty, so it may also turn out that the difference in the longevity of the two Mac models won’t be all that different.

The introduction of the Apple Silicon M1 chips truly revolutionized Mac computers as a whole, giving them a more streamlined and efficient way of handling large workloads without experiencing any slow-downs and performance hiccups unless pushed to their absolute limits. The 16 GB M1 Pro MacBook Pro is a testament to that – the way it uses its unified memory lets it handle with ease nearly everything that you may throw at it. It’s already a great machine, so all but the most demanding of users and some specific user groups would ever get to a point where they may feel the need for more memory. In all probability, the users who may require the extra 16 GB of memory in their new MacBook Pro already know that and don’t need another person to tell them to get the 32 GB model. For everybody else who isn’t sure if it would make sense for them to get the higher memory option, there’s most likely no reason to pick it over the 16 GB model. The exception to this would be if the user is trying to get a more future-proof device, though even this is debatable.

Top Reasons Why You Need a VPN for FireStick