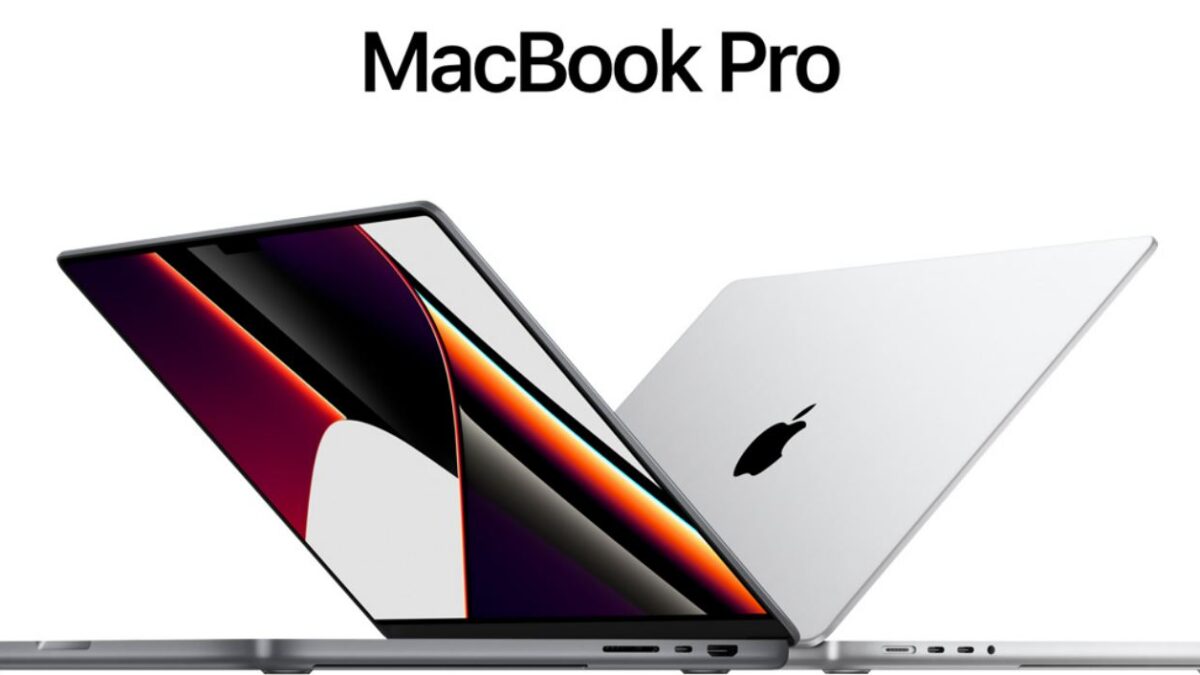 In last year’s fall, Apple unveiled its latest additions to the MacBook Pro product line. The 14 and 16-inch MacBook Pro models from 2021 both feature a number of meaningful improvements over their predecessors. The 2021 MacBook Pro laptops feature larger mini-LED displays, an SD card slot, and an HDMI port, as well as full-sized function keys in place of the touch bar featured in previous models.

In most areas, the 14-inch and 16-inch MacBook Pro models from 2021 are identical, featuring the same hardware and technology. However, there are a couple of notable differences between the two devices that ultimately significantly changes the type of users each of the two devices is more likely to appeal to. The two devices also have a significant price difference – the price tag of the 14-inch model starts at $1,999, while the starting price of the 16-inch MacBook Pro is $2,499. All this means that, while similar in a lot of areas, the two devices aren’t interchangeable, and it is important to be well aware of what sets them apart if you want to get the one that would be best for your particular needs or for the needs of whomever the MacBook Pro would be intended for.

If you are thinking about getting a new 2021 MacBook for yourself or as a present, but aren’t sure which of the two variants you should go for, we will try to help you decide in the following lines. We will point out the aspects of the two devices that differ and tell you what type of user we think would prefer either MacBook Pro option.

Obviously, the size difference between the 14 and 16-inch MacBook Pro is one of the main things that sets apart the devices and dictates how each of them is likely to be used. The 16-inch (16.2-inch) MacBook Pro is likely to appeal to users who need a portable replacement for a desktop computer that can be carried around with ease but that still offers plenty of screen space, thus providing a more comfortable working environment. Users who need to use professional software in their work would likely appreciate the larger 16-inch screen of this MacBook, as that would make it easier to fit the windows of several work-related apps on the screen, rather than having to switch between them or make the windows too small, and thus make using them more awkward.

On the other hand, the smaller 14-inch (14.2-inch) MacBook Pro yields the device improved portability. Users who are constantly on the move but also need to bring their work along with them would likely prefer the smaller, more compact 14-inch MacBook Pro that still offers almost everything in terms of features that you can find in the bigger 16-inch model.

In addition to the sheer size difference, there’s also a notable difference in the weight of the two laptops, with the larger 16-inch MacBook weighing 1.2 pounds or 0.5 kg more than the smaller model. Of course, this difference in size and weight is not to say that you cannot comfortably carry around the 16-inch MacBook Pro or that you cannot use the 14-inch model as your main work laptop – we are simply pointing out the more likely ways one would use either device.

Barring the difference in size and weight, the two devices look very much alike. They have the same trademark aluminum MacBook design with minimal thickness. The larger 16-inch MacBook is slightly thicker (0.13 cm), but that’s a barely noticeable difference. Compared to previous MacBooks, however, there are some differences, the first of which is the camera notch that the two 2021 MacBook Pros feature at the top of their screens. While this allows for a slight increase in the overall screen area, compared to earlier MacBooks, it also means that you will constantly have that notch “invade” that screen area. iPhone users should already be used to having a camera notch at the top of their screen, but it could still seem a bit odd at first. That said, the notch never really gets in the way, since the screen area right below it has an aspect ratio of precisely 16:10, which ensures that the notch would not “step” over any media content shown on the display even when you are in full-screen mode. For the most part, the notch would only cover a small part of the menu bar, where macOS doesn’t place any menus or icons anyway.

The two devices share the same base hardware and hardware configuration options. Both devices’ base configurations are powered by the M1 Pro chip, and both of them can be upgraded with the M1 Max chip. The highest possible configuration for the 14 and 16-inch MacBook Pro is an M1 Max chip with 10 CPU cores and 32 GPU cores, along with 64 GB of unified memory.

Although the two MacBooks offer the same configuration options, there’s one important difference that we should point out here. The base 14-inch MacBook Pro configuration has an M1 Pro chip with 8 CPU and 14 GPU cores, whereas the base MacBook Pro 16-inch starts with a 10-core CPU and 16-core GPU M1 Pro chip. This means that the starter variants of the 16-inch MacBook Pro are more powerful and would deliver better performance with both multicore tasks and GPU-intensive tasks.

If you don’t think that you will need a more powerful M1 chip than the 8-core CPU and 14-core GPU chip in the base MacBook Pro 14-inch model, then spending an additional $500, at the least, to get the 16-inch model may not be justified, because you will likely not ever get to a point where you’d utilize the full potential of the more powerful chip that’s in the 16-inch MacBook Pro. On the other hand, if you want to go beyond the base 8-core CPU/14-core GPU the starter 14-inch MacBook Pro configuration and configure it to have the same M1 Pro chip as the 16-inch (10 CPU cores and 16 GPU cores), this would add an extra $300 to the price of the smaller MacBook Pro, making price difference between it and the larger 16-inch model only $200. In other words, if you are on the fence about which of the two MacBook Pro models to get but know that you want an M1 Pro configuration that has at least a 10-core CPU and a 16-core GPU, then the significantly smaller $200 price difference may justify getting the larger model.

Another one of the few differences that the two MacBook Pros have is that the bigger 16-inch model features a High Power Mode, which is basically the opposite of Low Battery Mode. This function is intended to make full use of the M1 Pro or Max chip in the 16-inch MacBook Pro (even when the machine is running only on battery). When the High Power Mode is enabled, the MacBook Pro would prioritize resource-heavy tasks, such as any currently-running processes related to photo or video-editing software. On the other hand, resource-hungry system processes would be de-prioritized, thus allowing for more optimal utilization of the M1 Pro/Max chip. This feature is especially beneficial for 16-inch MacBook Pros that are configured with the M1 Max chip, as the High Power Mode is mainly designed with the idea to allow the MacBook Pro to be more fully utilized this high-performance-chip.

The lack of the High Power Mode in MacBook Pro 14-inch models with M1 Max chips doesn’t mean that the machine wouldn’t be able to utilize its hardware – most users would probably never notice any visible difference in performance. However, if you are thinking about going for a MacBook Pro with an M1 Max configuration and are really looking to squeeze every last bit of performance potential out of the M1 Max chip, we recommend getting the 16-inch MacBook Pro because of its High Power Mode. Also, remember that, as we mentioned above, the price difference between the two MacBook models is technically only $200 if they feature the same hardware configuration.

The larger size of the 16-inch MacBook Pro means that it would be the more power-hungry of the two models. However, it also means that it can fit a larger, 100-watt battery, compared to the 70-watt battery of the 14-inch option. In this case, the correlation between larger size, higher power consumption, and a bigger battery goes in favor of the latter. Due to the bigger size of its battery, the MacBook Pro 16-inch is able to work for longer without needing a recharge. According to Apple, the bigger MacBook Pro can deliver up to 21 hours of video playback, whereas the 14-inch model could last for about 17 hours while playing video. The battery life difference is similar for other activities such as web browsing and video streaming.

Regarding the charging process, both devices can be fast-charged using their MagSafe 3 ports or charged normally with their USB-C power adapters that are featured in their boxes.

In our opinion, the three most significant differences between the two MacBook Pro models, in that order, are their size and weight, the lower-priced 8-core CPU/14-core GPU configuration option of the 14-inch model that isn’t available for the 16-inch, and the High Power Mode that’s only featured in the 16-inch MacBook Pro. First, you must know whether you have a particular preference towards either MacBook Pro size, which would typically mainly depend on which of the following two you prioritize more – portability or larger screen area for greater convenience while working.

Next, you need to have a clear idea about whether you’d be satisfied with the base hardware configuration of the smaller MacBook Pro, as this lower configuration allows the 14-inch model to be $500 cheaper than the 16-inch while still benign able to deliver top-tier performance. If it turns out that you prefer/need a more powerful configuration, the price difference between the two models shrinks significantly, at which point getting the bigger laptop may be justified, especially if you already have a preference for it.

Lastly, if you intend to go for a high-tier M1 Max configuration regardless of which model you choose to pick, and you know that you’d be making full use of its hardware capabilities, you may be better off choosing the 16-inch option because of its High Power Mode, which isn’t available for the 14-inch, will let you push the M1 Max chip to its limits, thus realizing its full potential.