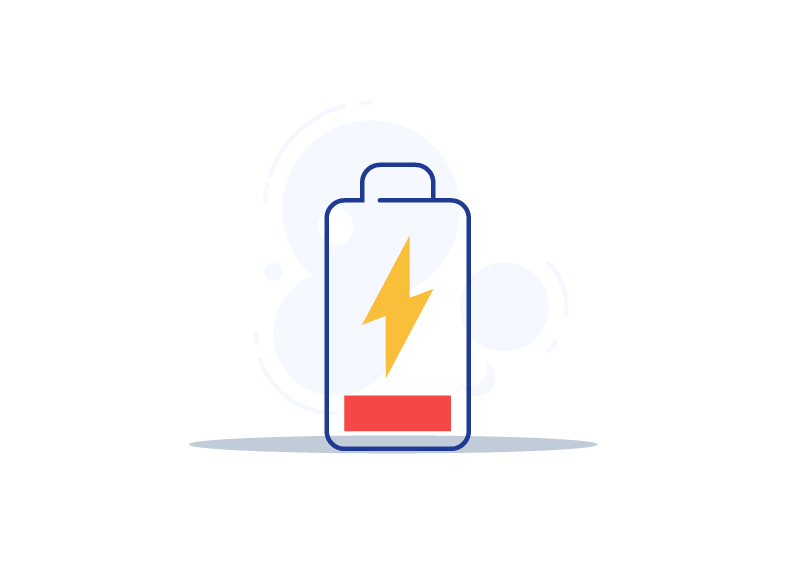 In this case, the main symptom is the unusually quick drain of the battery of MacBooks that have recently had the Big Sur update installed on them. For instance, you may have noticed that your Mac’s battery goes from a full charge to less than 10% in just a couple of hours whereas before the Big Sur update it could have lasted for twice as much with the same amount of workload. As we mentioned, the causes for this particular problem could be several and in some instances, the unusually quick battery drain could even be a normal and expected consequences of the changes that have happened (and are still happening) inside our Mac’s system. However, if you are concerned and/or annoyed by this, we may be able to offer you a couple of different solutions and fixes that may resolve the Big Sur Battery Drain or at least ameliorate it.

First, we need to go over the main potential causes that may be resulting in the unusually quick drain of your MacBook’s battery.

First and foremost, since we are talking about something that has occurred after a major OS update, it is important to note that even after the update has been installed, there is usually a period of a couple of days that your Mac needs in order to internalize the changes that have come with the update. During this period, different processes would be happening in the background of the system to finalize the update and those processes are likely to cause an increase in the resources used by your Mac, which includes the amount of battery energy that gets consumed. Therefore, as mentioned above, the increased battery usage and consequent quicker battery drain could be a normal and expected result of the recently installed update. If you have installed macOS Big Sur a day or two ago, then give it a couple more days to see if the battery usage returns to normal. Still, there may be something you could do to speed up this process, and we will show how to do that in a bit.

Another possible cause for the problem is if a certain software that you have on your Mac is no longer compatible with macOS due to the update to Big Sur, thus causing the increase in battery usage. If that’s the case, you will have to remove the software in question to relief the battery drain.

There could also be other problems that are difficult to pinpoint such cluttered NVRAM/PRAM or a problem with the SMC – we will cover those as well by providing you with an easy method to fix them.

We know how naive this silly this method may seem but it is the first thing you should do whenever you face an irritating issue such as this one on your Mac. Reboot your MacBook by selecting the Apple Menu and clicking on Restart and if after the machine starts again the battery still seems to be draining unusually quickly, proceed to the next methods.

In many cases, a single process may be responsible for the unusually high amounts of battery life that gets drained while your Mac is in use so it is best to check the processes on your Mac to see if any of them are requiring significantly more resources than the others.

Earlier we pointed out that your Mac would likely need some time to get things in place after the Big Sur update and during that time it may be using up more resources. Well, one of the things your Mac does after such an update is indexing the Spotlight search. If while looking through the processes in the Activity Monitor in Method 2 you noticed that the spotlight.app process is using lots of CPU power, this is the reason why. After the indexing is completed, this should stop but if you want, you can disable some or all indexing categories to quicken up the process.

Another commonly suggested fix for a wide variety of Mac issues (especially ones related to the battery and power management) is resetting the so-called System Management Controller. The SMC is responsible for managing many important parts and aspects of your Mac, including its battery, charging, power so there’s a high chance that resetting it may fix the problem with the Big Sur battery drain. Follow the link to our guide on how to reset the SMC on Mac and complete the instructions posted there.

A problem with your Mac’s virtual memory could be a possible cause for the increased battery usage and the reasons for the occurrence of that problem can be many. However, there is a quick and easy way that may help you fix most such problems and it involves resetting the NVRAM/PRAM of your Mac – just click on the link and it will take you to a guide where you will learn how to do that.

Starting your Mac in Safe Mode will automatically run a check on your Mac’s startup disk to see if there are any problems and will fix them if possible so it is a good idea to try this method too – this guide will show you how to boot your Mac into Safe Mode.

Method 7: Use the Battery Health Feature

MacBooks have a built-in battery checking and maintenance tool that may help you determine if there’s an actual problem with your battery, so we suggest accessing it to see if it has detected any battery issues.

There are many Mac optimization tools that claim to be able to improve battery life by optimizing the processes inside your Mac. In some cases, downloading the right tool may indeed help you get more out of your Mac’s battery especially if the system is cluttered and needs some cleaning up from unnecessary data and processes.

However, bear in mind that in most cases these apps won’t make a huge difference. Also, there’s the problem with many of them being sham or low-quality apps that end up worsening the situation rather than improving it. Therefore, only install such software if you are relatively certain that you can trust it and don’t expect any wonders from it.

Even though there may be certain things that you can do to ameliorate or even fully deal with the Big Sur battery drain problem, it must also be said that notebook batteries in general are known to not have the longest lifespans and so, in many cases, if your battery starts to drain more quickly over time (or even if it happens suddenly), this may simply indicate that the battery has aged and needs to be replaced if you want to get as much battery life as you did before.

Of course, this is not to say that an aged battery is your current problem, there are undoubtedly many ways in which the Big Sur update could cause an increase in battery consumption so it is still important to exhaust all fixing methods before you consider getting your battery replaced.

How to use Disk Utility to repair a Mac's disk