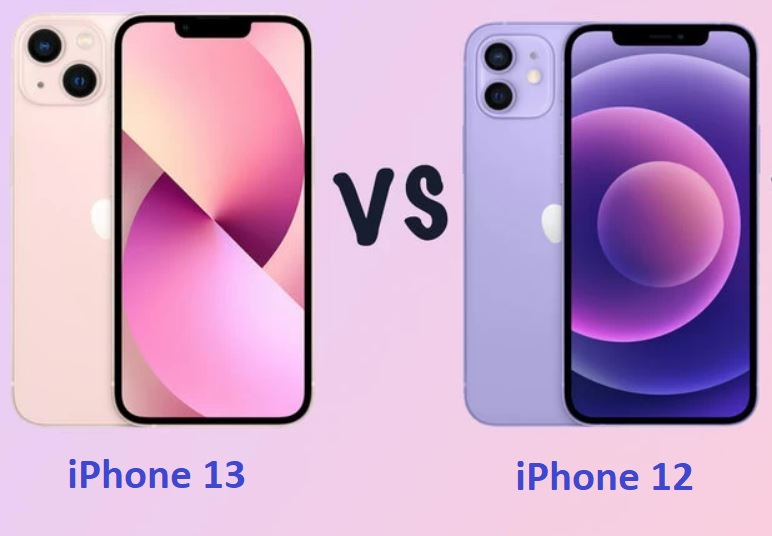 Last year, Apple released the iPhone 13 – the latest upgrade to its standard iPhone product line. The new iPhone features a number of improvements, including better rear cameras, a bigger battery, a faster CPU, a better display, and more. However, although the iPhone 13 is clearly supposed to replace the older iPhone 12 model, for the time being, the latter continues to be sold by Apple as a more affordable iPhone option. The current price of the iPhone 12 starts from $699 whereas the iPhone 13 price starts from $799.

The current availability of both devices begs the question of whether it’s worth paying the higher price of the iPhone 13 to benefit from the improvements that it brings to the table, or if it’s better to stick with the year older iPhone 12 model, as it still offers the majority of features included in the newer device, but comes at a lower price.

We will attempt to help you answer this question for yourself by providing you with a detailed comparison between different aspects of the two devices so that you can decide for yourself which device would be better for you.

There aren’t any huge differences in the designs of the two devices – they both have the same dimensions with 131.5 mm height, 64.2 mm width, and 7.4 mm depth, and both have the same aluminum casing. One slight difference is that the iPhone 13 has a smaller notch at the top, leaving slightly more space for the screen area and making the presence of the notch-less obtrusive. Another minor change is the placement of the two rear-facing cameras – on the iPhone 12 they are positioned vertically in relation to one another, while on the iPhone 13 their positioning is diagonal.

As there are virtually no significant design or display differences between the two devices, it is unlikely that these two factors would play a major role when making your decision. If you’d prefer a brighter display on your new iPhone, then you may like the iPhone 13 more, but in our opinion, this small difference shouldn’t be the main deciding factor.

The new iPhone 13 features the A15 Bionic chip, which brings some slight improvements over its A14 predecessor, which is the chip that powers the iPhone 12. The A15 delivers a single-core performance that’s 10% faster than the A14. In multi-core tests, the performance difference goes up to 18% in favor of the newer chip. Similarly, when tested with graphically intensive tasks, the A15 chip provides a 15% performance improvement over the year older A14 model. Other than these slight to moderate performance improvements that come with the A15, there are virtually no other noteworthy differences between the two chips. The iPhone 12 is still a highly-capable smartphone, thanks to its A14 chip, even if it gets slightly outperformed by the newer model.

While both of the devices offer dual SIM support, the iPhone 13 also supports two simultaneous eSIMs – a feature that isn’t available with the iPhone 12. If this dual eSIM support is something you want to be available in your new iPhone, the newer iPhone model may be the better option for you.

One of the more notable differences between the iPhone 12 and 13 models comes from their respective back cameras. While both devices have dual 12MP rear cameras – a ƒ/2.4 Ultra Wide and a ƒ/1.6 Wide camera – the iPhone 13’s Wide rear camera features a larger sensor that’s able to capture up to 47% more light, making the device better at capturing photos in low-light conditions. Additionally, the iPhone 13 Wide camera features sensor-shift optical image stabilization technology that allows for smoother video recording and better quality photos.

Both the iPhone 12 and 13 are able to capture Dolby Vision HDR videos, but the newer model can record them in 60 FPS, while the iPhone 12 is limited to 30 FPS.

The newer iPhone also comes with the new Cinematic mode for its rear camera, which lets you film 1080p/30 FPS videos with a shallow depth of field. With cinematic mode, you can quickly shift the camera’s focus between different objects while also keeping the background blurred in order to emphasize the currently-focused object. Furthermore, you can adjust the focus settings even after the video has been captured, with the help of the Photos app.

Another feature included in the iPhone 13 that relates to its camera is the Photographic Styles – those are adjustable smart filters that can automatically fine-tune the colors of a picture while keeping skin tones unchanged. Rather than benign applied to the entire image at once, these smart filters detect parts of the picture that shouldn’t be altered, so that the filter gets applied only to the rest of the image.

In general, though, at their core, the rear Wide cameras of the two devices are very close to one another, the camera of the iPhone 13 has some undeniable advantages, so if getting the device with the better camera is something that’s important to you, you may want to go with the iPhone 13. On the other hand, if getting the best camera possible with your new iPhone isn’t necessarily a priority for you, know that the iPhone 12 still has a very good back camera that the majority of users would be perfectly satisfied with.

The iPhone 13 undoubtedly improves upon its predecessor in many important areas – it has a more modern and feature-packed camera, a notably longer battery life, a faster chip, and twice the storage space compared to the iPhone 12. At the same time, the latter is still a very good smartphone device that shares a lot of its characteristics and features with the iPhone 13. In our opinion, the extra $100 that you’d need to play for the iPhone 13 is a fair difference in the price of the two devices. If you want the best camera possible in your new iPhone, a longer battery life, and larger storage, we’d say you should probably pay a bit more and get the newer iPhone 13, especially considering that the device would also be more future-proof thanks to all the improvements made to it. On the other hand, if you don’t mind missing a couple of camera features, don’t need that much storage, and can put up with a bit shorter battery life, the iPhone 12 would still be a great option for you and will allow you to save some money.