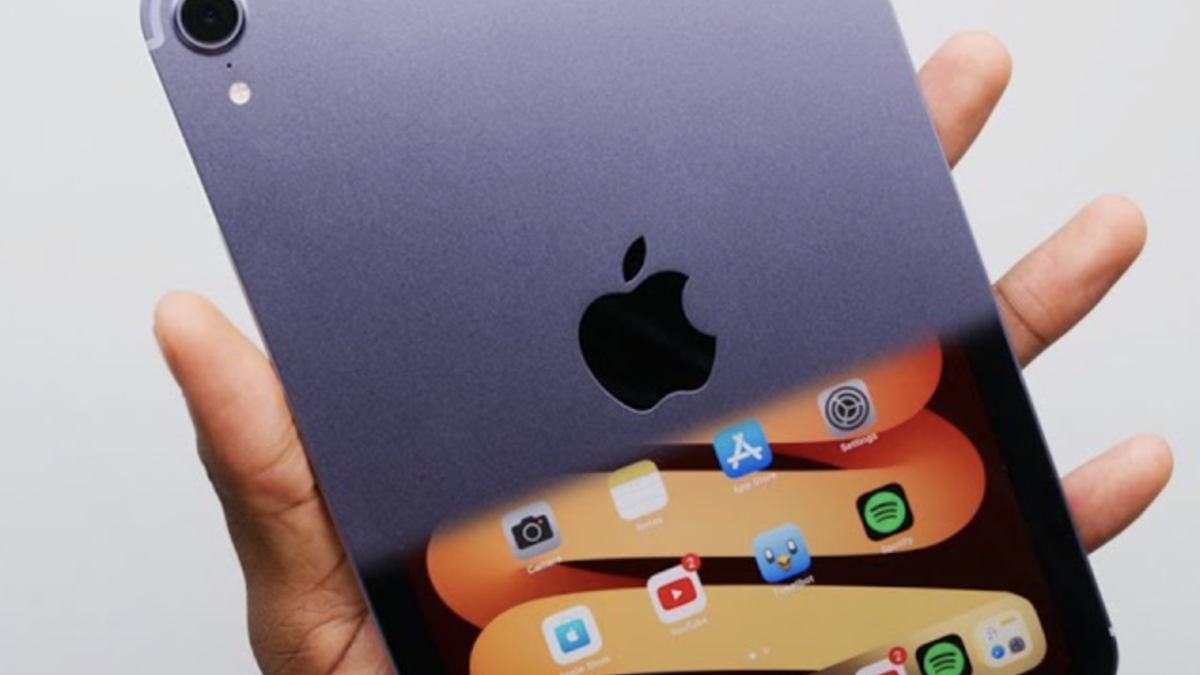 Not a month ago, Apple introduced its first M1-powered iPad Air – the iPad Air 5. Last year, the iPad Mini 6 was released, which has a design that’s very similar to that of iPad Air and shares a lot of its features with the latter. The 2021 iPad Mini has an all-screen design with no Home button, it’s unlocked via Touch ID, and comes with two stereo speakers – all features that it shares with iPad Air. Also, now that iPad Air 5 has Center Stage for its front camera as well as 5G connectivity, there are even more similarities between devices, which could make it a bit difficult to pick one over the other. However, there are still many differences between the two devices. In the next lines, we will compare the 2021 iPad Mini and the 2022 iPad Air, so that you could make an informed decision regarding which one to get as your new iPad.

Though the two devices share the same all-screen design with flat edges, the most obvious difference between the iPad Mini and the iPad Air is their different sizes. The Mini is a lot more compact, with its 8.3-inch display, compared to the 10.9-inch iPad Air. For most people, it would be possible to hold the iPad Mini from edge to edge with only one hand. The iPad Mini is all about portability – you can fit it in any bag, or even in large pockets. It is also lighter than the iPad Air, which weighs 1.01 pounds or 462 grams, whereas the Mini weighs 0.66 grams or 297 grams.

On the other hand, the larger iPad Air is more comfortable to use for work, due to its larger display that offers more workspace. It can even be used as a small laptop if you add a magic keyboard to its case. Note that, while the inch difference may not seem as significant, the effective difference in total screen area is almost 45 percent. This greatly affects the tasks for which either device would be better suited.

In the end, it’s all about personal preference when deciding which one to pick. Both devices are available in the same colors: Space Gray, Purple, Starlight, and Pink. The iPad Mini is also available in Blue.

Though the display size of the two devices differs, they use the same Liquid Retina display that has a P3 wide color, can deliver up to 500 nits of peak brightness, and is covered by a fingerprint-resistant and anti-reflective coating. The display also has full lamination and True Tone. Other than the aforementioned difference in size, there’s virtually no other difference between the two displays.

One of the most notable differences between the 2021 iPad Mini and the 2022 iPad Air is the different chips that they use. As we pointed out at the start, the new iPad Air is equipped with an M1 chip, similar to the iPad Pro, Mac Mini, MacBook Air, and iMac, whereas the iPad Mini is powered by an A15 Bionic chip. The same chip is featured in iPhone 13 and 13 Pro. However, the A15 Bionic that’s in the iPad Mini has its frequency downclocked to 2.9GHz. In iPhone 13 and iPhone 13 Pro, the same chip has a higher frequency of 3.2GHz, which results in a 2-8% difference in performance.

The M1 chip is also clocked at 3.2GHz, but it has 8 CPU cores, which is two more than the A15 Bionic, which has 6 cores. The bench scores of the two chips in single-core tests are not that far apart: in tests conducted by Geekbench, the iPad Mini’s A15 Bionic chip scores around 1,550, and the M1 has a score of around 1,700. However, in multicore tests, the M1 significantly outperforms the A15 Bionic – the M1 has a score of around 7,220, whereas the A15’s score is around 4,440. Additionally, the M1 has 8 GB of memory, which is twice as much as the 4 GB that the A15 Bionic has.

Unsurprisingly, the M1 in the iPad Air delivers much better performance than the iPad Mini’s A15 chip, especially when considering multi-core tasks. This, paired with the larger display of the iPad Air, makes the latter a much better option if you tend to multitask a lot on your tablet or if you want the device to be able to perform more resource-intensive tasks. However, know that iPadOS is generally very efficient with how it uses the device’s CPU and memory, so unless you are running a lot of tasks at the same time and/or are running some particularly demanding task, there shouldn’t be a notable difference in overall performance. Your choice here should be based on what type of tasks you expect/intend to use your new iPad for.

Before we go to the next section, note that the two devices have the same storage options – their base configurations ship with 64 GB of storage. The only other available configuration is with 256 GB of storage, which adds $150 to the end price.

The two devices have nearly identical cameras both on the front and on the back.

Both the iPad Mini and the iPad Air’s have the exact same 12MP ƒ/2.4, Ultra Wide front-facing camera that can zoom out up to two times, has the Center Stage, Smart HDR 3, and Retina Flash features, offers video stabilization, and can record videos with 1080p resolution.

The two devices also have a 12MP ƒ/1.8 Wide back-facing camera that can zoom up to 5 times and features Smart HDR 3. The difference between the rear camera of the iPad Mini and Air is that the back camera of the iPad Mini also features Quad-LED True Tone flash. This could potentially make the Mini’s rear camera better for scanning documents, but other than that, there aren’t any other differences.

Both devices are compatible with 2nd-gen Apple Pencil, which can be magnetically snapped to the iPad Mini/Air’s side for pairing, storage, charging, etc. Considering the smaller and more comfortable size of the Mini, this could make the device perfect for taking quick notes with the Apple Pencil. On the other hand, the larger display of the iPad Air makes it better suited for graphic design and illustrations.

The iPad Air also has a magnetic Smart Connector on its back, that allows it to connect to Apple’s Magic Keyboard or to Smart Keyboard Folio. It can also use Bluetooth to connect to Bluetooth keyboards and pointing devices.

The iPad Mini lacks the Smart Connector feature, mainly due to its significantly smaller size. This leaves Bluetooth as the only option to connect the device to keyboards or pointing devices. Then again, considering its intended use, most users would likely not pair it with a keyboard or a pointing device. If you need an iPad that you will use together with a keyboard as a more compact and portable replacement for a laptop, the iPad Air is the obvious choice here. The iPad Mini is simply too small to be worth using in this way, and also its lack of a Smart Connector further hampers its usefulness with a keyboard. If you need an even larger iPad to use as a laptop, you may even consider either the 11-inch or the 12.9-inch iPad Pro. If you are interested in reading more about the iPad Pro, you can click here to read our comparison between the iPad Air (2022) and the iPad Pro (2021).

The iPad Air’s vanilla configuration costs $599 and the base variant of the iPad Mini costs $499. In our opinion, the difference in the specs between the Mini and the Air, as well as the larger display size of the Air makes the extra $100 absolutely worth it. However, when comparing these two iPad models, the more important factor when deciding which one to get would be what tasks you intend to use the device for, rather than the price, simply because, if you want an iPad that can double as a laptop, you wouldn’t get the Mini, and if you want an iPad that’s super easy to carry around and can even fit in a larger pocket, you’d likely not choose the Air model.

Though there are a lot of similarities between the iPad Mini and the iPad Air, their two most notable differences – the different sizes and the different chips, make them vastly different in terms of how one would go about using them. The iPad Mini is a highly-portable device that’s easy to use on the go and takes as little space as possible when you are traveling with it. You can still get work done on it, but it’s not the most convenient device for multitasking or for any complex tasks that require more screen space.

On the other hand, while still very portable and easy to carry around, the larger size of the iPad Air requires that you bring some sort of bag or a case with a handle, as you cannot simply put it in your pocket (which is potentially possible with the Mini). However, you’d find it much easier to multitask on the larger display of the iPad Air, and it would be easier for you to perform more complex tasks on it. Also, its more powerful M1 chip and larger memory pool would allow the device to run more demanding tasks and a bigger number of apps at the same time without facing performance issues.

In the end, it all boils down to what type of device you need and how you intend to use it. Both the iPad Air and the iPad Mini are great at what they are supposed to do, so it’s up to you to figure out which will be a better fit for your needs.