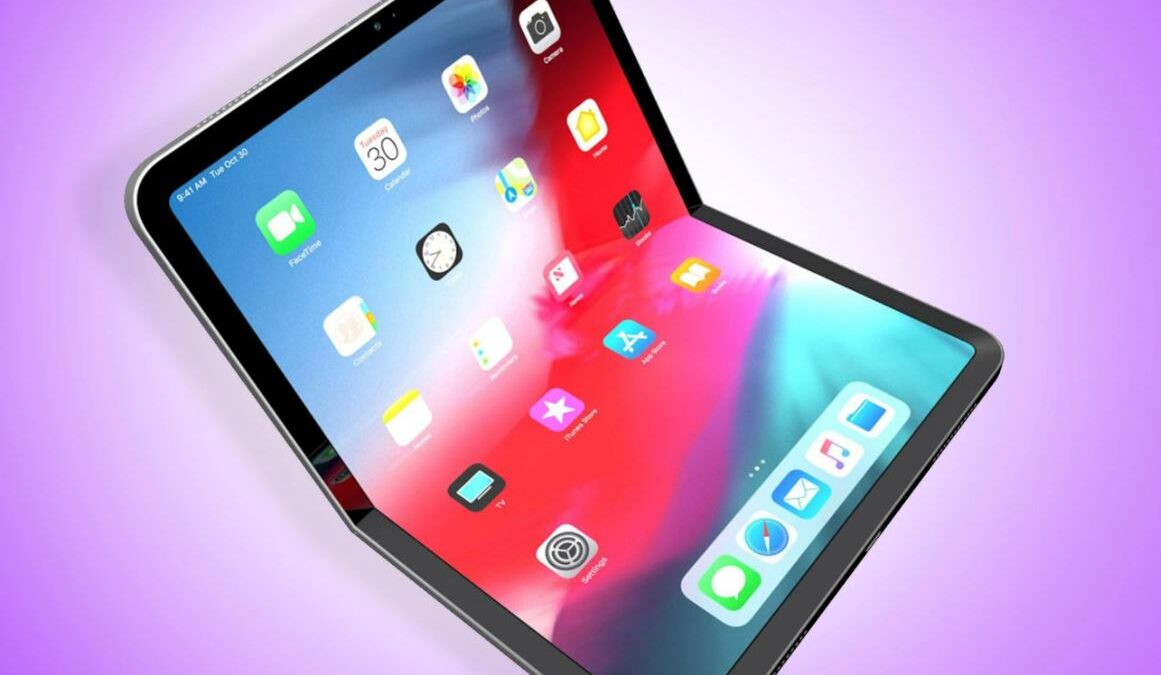 Foldable iPad – What we know so far

There have been rumors about Apple releasing a foldable iPhone for years now, but a recent report from Ross Young, an analyst at Display Supply Chain Consultants about Apple experimenting with foldable displays as large as 20 inches has led to speculations that the company may actually be working on an all-screen foldable MacBook or, more likely, a large foldable iPad.

Furthermore, Bloomberg’s Mark Gruman has also recently stated that Apple is working on developing a new iPad model with significantly larger display size. If indeed that rumor is true, it would make a lot of sense if that new larger iPad model is designed with a foldable screen in order to keep the device portable while also providing an increased screen area.

For such a device to be released, however, improvements and optimizations would first need to be made to iPadOS so that the operating system would be able to take full advantage of the increased display area. Even right now, there are some complaints about the optimization (or lack thereof) of the iPadOS, as it doesn’t seem to make full use of the hardware that the iPad Pro has.

According to Young, the display technology Apple’s currently using for the hypothesized new iPad model is an ultra-thin cover glass and not the polyimide display material that’s used in foldable screens that are being made today.

If Apple releases a foldable iPad, that would allow for a display that’s roughly twice the size of current iPad models and would make it possible for the new iPad to support a resolution of up to 4K (or even higher). Of course, it’s too early to talk specifics, but it stands to reason that, if Apple decides to go down that path, the company would try to make the best out of the new design, so a 4K resolution would certainly make sense.

Even if Apple is truly currently working on implementing foldable display technology into its iPad or even its MacBook, it will be at least four or five years before such devices would be ready to be released. At the moment, foldable technology is gimmicky at best and a lot of work needs to be put into it for it to become more widely used. Considering how much care is put into making all Apple products as good as they could be, it would make sense if the company takes its time with developing a foldable iPad (or MacBook) before it decides the device is ready for commercial use.