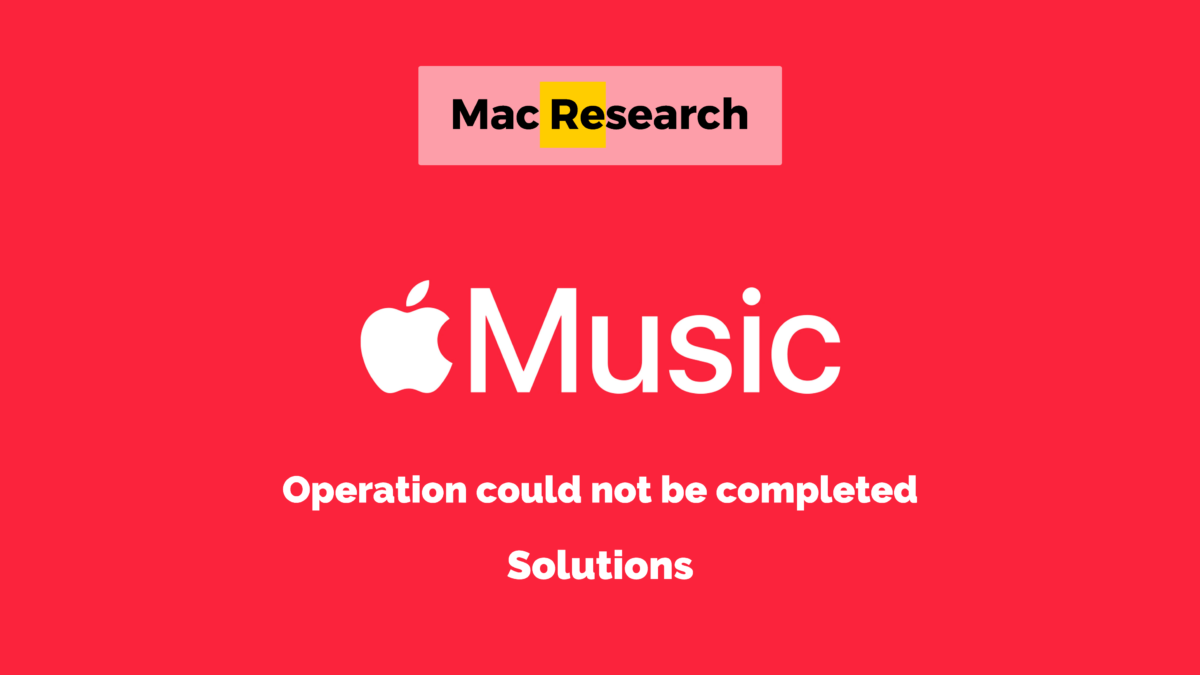 Fix Operation could not be completed Apple Music

The operation could not be completed error

This error also known as the 42800 error is mainly associated with the Apple Music app. Users sometimes experience it when they attempt to play a certain song in Apple Music. The cause of the issue could be within the specific song the user is trying to play, or in the app itself. If you change to another song, and it plays normally, then there’s likely something wrong with the file of the song that gives you the error, and you will need to replace it.

Why does Apple Music say the operation could not be completed?

If trying to play a new song doesn’t change anything and you are still seeing this error, then it’s likely that there’s a bug or some other problem in Apple Music. There could be all sorts of reasons why Apple Music may be triggering this error, but in most cases, they aren’t anything to be concerned about. Below, we will give you several suggestions on what you can try in order to resolve this issue and stop seeing the irritating The operation could not be completed error.

The operation could not be completed Apple Music Solutions

Before we move on to the specific fixes we’ve just mentioned, you should try the following tried and true troubleshooting techniques that are used to resolve a large number of iPhone issues and that may help you here as well.

If restarting the Music App didn’t work, you should also try restarting your phone – simply turn it off, wait for several seconds and then turn it back on. Then go to Apple Music and test to see if there’s a change in the app’s behavior.

Often, when there’s a bug in an Apple app, the fix for that bug is present in the next system update, so do the following to update your iPhone in case there’s a new update available:

Though rarely, the aforementioned error could occur due to an expired Apple Music subscription, so you should check to see if your subscription is active:

Dolby Atmos is another feature designed to improve audio quality. It uses surround technology to give a three-dimensional feel to your audio when you’ve connected your iPhone to multiple speakers or to a pair of headphones. However, it, too, can sometimes be the cause of errors such as the one we are focusing on here, so disabling it may be a good idea, as it may help you stop the error from showing up again.

If nothing else has helped thus far, you can also try reinstalling the app. However, we first recommend offloading it so that your data and settings will be saved.

5 Ways to Improve Your Mac's Security