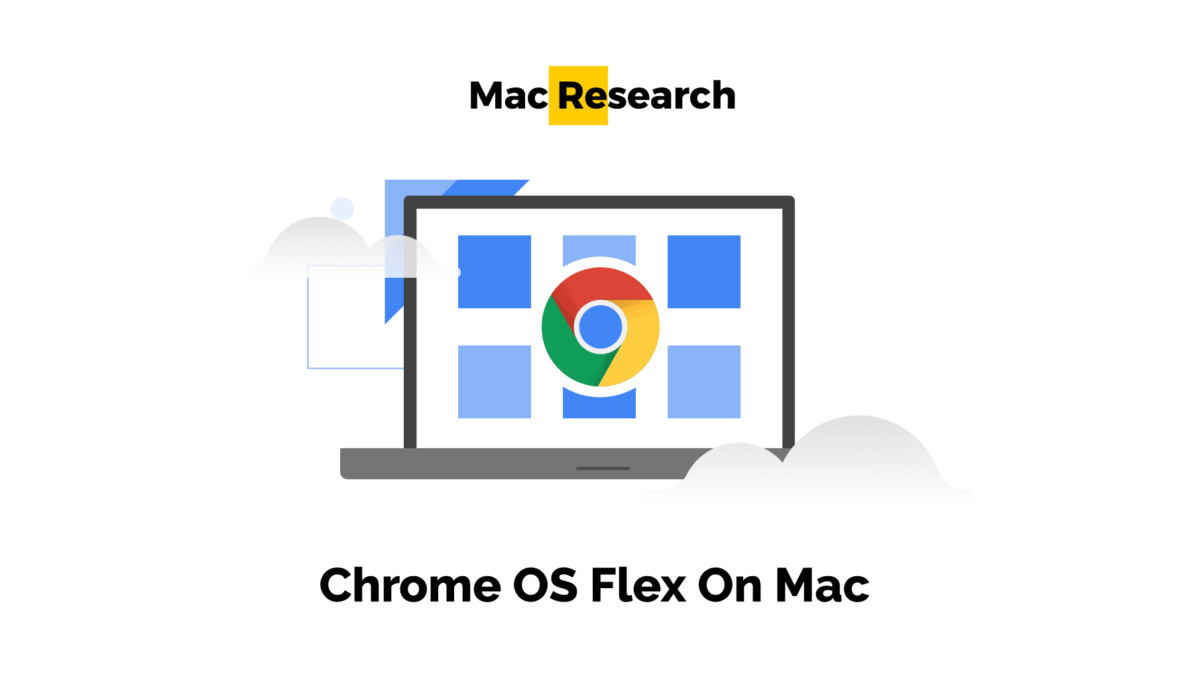 Mac How To, News

About Chrome OS Flex On Mac

Google has recently launched Chrome OS Flex, an operating system promoted as an OS that can extend the life of older PCs Macs that are no longer receiving new updates. Chrome OS Flex is free to download and can be installed on Intel Macs.

So what does this mean for your mac exactly? Essentially that you will be trading macOS for a different system, the one that runs on Chromebooks.

Why would you want to change your OS? In principal, this could be very useful for a variety of purposes, but the main one is if your device is old and unsupported, and doesn’t have many of the mainstay modern features of newer macs.

But how much of a difference would it make? Depending on what exactly you want, we have covered and analyzed most of the pros and cons of Chrome OS Flex, so you can determine whether you should be interested in it.

A couple of days ago, Google’s Chrome OS Flex was released in early access and users can now download and test it on their old PC and Mac computers. The interface of Chrome OS Flex is similar to that of the Google Chrome browser. The OS offers cross-device features with Android, and it comes with Google Assistant and cloud-sync – features that can be found in today’s Chromebook machines. In other words, installing Chrome OS Flex on your Mac or PC laptop would effectively turn them into a Chromebook machine.

Unfortunately, for the time being, there seem to be no plans for adding Play Store and Android apps to Chrome OS Flex.

To install Chrome OS Flex on your MacBook, you can either use a Bootable USB device or directly use your Internet connection to perform the installation. There’s even an option to first trial Chrome OS Flex by loading it from the Bootable USB without the need to install the OS. For the moment, Chrome OS Flex can only work on Intel or AMD processors but doesn’t work with CPUs that have ARM architecture, which means that you cannot install it on an M1 Mac.

As said, Chrome OS Flex is free – to download and install it, you will need the Google Chrome browser, an empty USB, and the Chromebook Recovery Utility extension for Google Chrome that you can add to the browser for free. You must use the utility to create a USB installer out of your empty USB device. The USB will need to have at least 8 GB of storage space, but we recommend that you use one with bigger storage. You can find more detailed information about Chrome OS Flex as well as for instructions on how to install it on your Intel Mac in this article.

Chrome OS Flex is an operating system owned by Google promoted as an OS that can extend the life of older PCs Macs that are no longer receiving new updates. Chrome OS Flex is free to download and can be installed on Intel Macs.

The purpose of Chorme OS Flex

Chrome OS Flex is pitched as an operating system that will enable you to keep using older PCs and Macs that may no longer work well, or at all, with their default OS. For example, if you have been a Mac user for some time, then you are probably aware that each new major macOS release drops a number of older Mac models from its list of supported devices. Case in point, if you own a Mac machine released prior to 2015, you won’t be able to upgrade it to macOS Monterey. Even some Mac models released after 2015 are not compatible with Monterey.

This trend will undoubtedly continue with the next major macOS release that should come out this Fall. But what if your older Mac is still in a good shape, and you want to keep using it. Well, you can simply use it with an older macOS release that supports your Mac model. However, Apple is also slowly dropping its support for older macOS releases, meaning that, at a certain point, the OS you are using on your old Mac is no longer being updated by Apple. It’s a similar situation with Windows PC machines – support for Windows 7 has stopped a while ago, Windows 10 is next, but not all PCs (even ones that aren’t too old) have the prerequisites to upgrade to Windows 11.

All of this brings us to Chrome OS Flex and its main draw – the option to keep using your older hardware, albeit, with a vastly different and more limited OS. It’s an interesting offer, especially if you have an older Mac or PC that’s just lying around, gathering dust. Chrome OS Flex will let you use it again and not worry about outdated security or high system requirements that the machine is unable to meet. However, this is still a trade-off option that won’t replace a full-fledged OS such as macOS or Windows. Find out if Chrome OS Flex is for you by reading the next lines

If you have an old Mac computer (MacBook or iMac) that still works, but can only run on a macOS release that’s no longer supported by Apple, you can choose to keep using the computer in this way or to install Chrome OS Flex on it, and your choice would mostly depend on what you need the computer for.

It’s risky running your Mac on an unsupported OS. Apple only supports the three most recent major macOS releases – at the time of writing, those are macOS Catalina, Big Sur, and Monterey. Earlier macOS versions are no longer receiving stability and security updates, which leaves computers running on them vulnerable to attacks and susceptible to bugs, errors and other system issues. However, if there are macOS apps and features that you need to use in your day-to-day, you will no longer have access to them if you switch to Chrome operating system. Chrome OS Flex does come with its own set of tools in the form of extensions for the Google Chrome browser, but, needless to say, they can hardly match the functionality of advanced software such as Photoshop, Adobe After Effects, Davinci Resolve, etc. Of course, if you have another, newer machine that’s running on a supported macOS version, then this shouldn’t be a problem, but if the older Mac you are currently using is all you’ve got, it may be better to keep it running on macOS, even if it is an unsupported version. However, bear in mind the risks of doing so and consider upgrading to a newer machine, if possible. The alternative to that is to find a way to make do with the tools that are available in Chrome OS Flex.

E-waste refers to waste created by discarded hardware that has now become a global issue. This includes obsolete desktop computers and laptops, phones, office equipment and so on. Regular users may not be too concerned with this issue, because their e-waste would be around one or two computers every five or so years. However, businesses and organizations, especially bigger ones, have the power to make a difference if they find a way to reduce their e-waste footprint, and the free availability of Chrome OS Flex can be that way. If a company that has a bunch of old, but still functional, computers chooses to give them a second life by installing Chrome OS Flex on them rather than throw them out in the trash, that would greatly reduce their e-waste as well as help save money for the company. Most types of work done in an office could be done on a computer with Chrome OS Flex installed on it just as easily as it can be performed on a Windows or a macOS computer.

With the steady advancement in technology and hardware seen throughout the past several decades, the issue of e-waste has been expanding exponentially, but now that there’s a quick and free way to make old and nearly obsolete computers usable again, it has become much easier to mitigate this issue.

Should you install Chrome OS Flex on your MacBook?

The answer to this question largely depends on what you have and what you need. For example, if you have a modern Mac that’s running on one of the supported macOS releases and an older one that you aren’t using because it cannot be upgraded to Catalina or a later macOS, then installing Chrome OS Flex on the older one is a no-brainer, because that way, you’d give that machine some functionality, albeit with the limitations we’ve already mentioned.

On the other hand, if you only have a single Mac, and it’s too old now to be supported by Apple, then your choice would depend on how you are typically using that Mac. If most of what you do on it is (or can be) done through a browser, then Chrome OS Flex seems like a good option. If, however, you need your macOS apps and there aren’t alternatives to them among the library of Chrome extensions that could get the job done for you, then you may want to hold off installing the Chrome operating system, as this may not make things any better for you.

The minimum system requirements for Chrome OS Flex are as follows:

To perform the installation, you will need:

Chrome OS Flex is a compromise – do not expect it to turn your 10-year-old Mac into a modern M1 MacBook that both runs fast and has access to all the functions you can get with macOS. However, it’s also better to be able to use your old machine in some way, rather than to have it gathering dust in some corner. Carefully consider the different options you have and if you think that you may find better use for your old MacBook or iMac if they are running on Chrome OS Flex, follow the instructions we’ve shown you to install the new operating system on the machine.

5 Ways to Improve Your Mac's Security