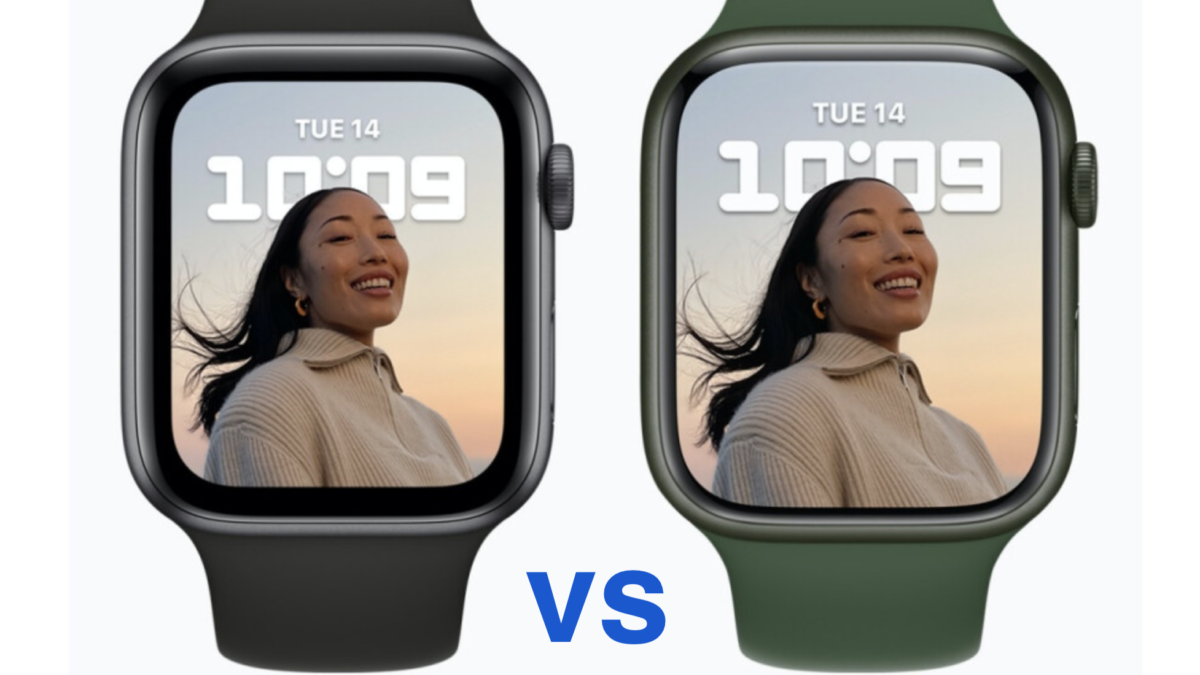 Naturally, a number of improvements have been added to the latest Apple Watch Series – the device has a bigger, tougher (crack-resistant) display, a larger case, faster charging, and higher display brightness indoors.

However, even though Apple discontinued the Apple Watch Series 6 and is no longer selling them in its store, the older Apple Watch model can still be purchased from some third-party retailers. Also, despite featuring certain improvements, the Apple Watch Series 7 is still very similar to its predecessor. They both have a very similar design, offer the same features, and have the same battery life. All this leads to the question, is it with getting the improved but also more expensive Apple Watch 7 if you could still get the older, but lower-priced and still very good Apple Watch Series 6. There are a number of factors to consider before you make a decision, and we will try to help you with deciding by comparing the two products and sharing with you our honest opinion on whether we think the higher price of the Series 7 model is worth paying in order to get the improvements introduced to this latest Apple Watch Series.

While the two devices look very similar, there are a couple of noteworthy changes made to the Apple Watch Series 7 compared to the Series 6. For starters, the newer device has a larger, wider casing, thus providing more space for its display. Additionally, the display itself slightly curves around the edges of the device’s top, which further increases the overall screen space. In practice, these two slight changes result in a 20 percent larger screen area compared to the Apple Watch Series 6. This increase may not seem so notable at first glance, but once you start using the device, it will be felt if you were previously using the Series 6 model.

The larger casing of the device also results in it being notably heavier. The change in weight would be even more pronounced if you decide to switch from an aluminum Apple Watch Series 6 to a stainless steel Apple Watch Series 7. We doubt that such a change would bother anyone, but it was still worth noting it.

Another notable change introduced with the Apple Watch Series 7 is that it has a tougher, crack-resistant front crystal. The reason for the increased toughness stems from the higher thickness (more than 50%) of the front crystal and also the geometry of the crystal – its rounded shape yields it higher impact resistance.

Both devices have the same 50 meters water resistance under the 22810:2010 standard. This doesn’t mean that they can be safely submerged in up to 50 meters of water, but rather that they can be used for shallow-water activities such as swimming. They cannot be exposed to high-pressure or high-velocity water. This means that you shouldn’t be wearing either an Apple Watch Series 6 or an Apple Watch Series 7 during activities such as SCUBA-diving or water-skiing, else the device may sustain water damage.

Overall, if the durability of your next smartwatch is of significant importance to you, the Apple Watch Series 7 may be the better option for you. However, the differences here, though notable, aren’t too big – both devices are quite durable, with the Apple Watch Series 7 having a moderate advantage due to its tougher front crystal and its dust resistance.

As we already mentioned, the display of the Apple Watch Series 7 is notably larger (20%), allowing for more content to be shown on it at any given time. The device also uses watchOS, which is optimized to take advantage of the larger screen area. With that, two additional larger font sizes have been introduced, as well as a QWERTY keyboard that can be used via tapping or through the QuickPath feature.

Furthermore, the Apple Watch Series 7 comes with two new watch faces that make use of the larger screen space, thus showcasing it. The first one is a new Contour watch face, which shows an animated dial, which highlights the current hour by making its number larger. The other new face is called Modular Duo, which splits the screen into two customizable spaces. For instance, you can choose one of them to show the time and the other to show the current weather.

Considering that, in practice, you’d see zero difference between the two chips, the different chips between the Apple Watch Series 6 and Series 7 shouldn’t be a reason to get the more expensive device.

If you often find yourself lacking enough time to fully charge your current smartwatch, then the Apple Watch Series 7 may be a welcome upgrade due to its notable faster charging times compared to the Apple Watch Series 6. However, when it comes down to actual battery life, both devices offer the same “all-day” battery life which, according to Apple, should last you for about 18 hours.