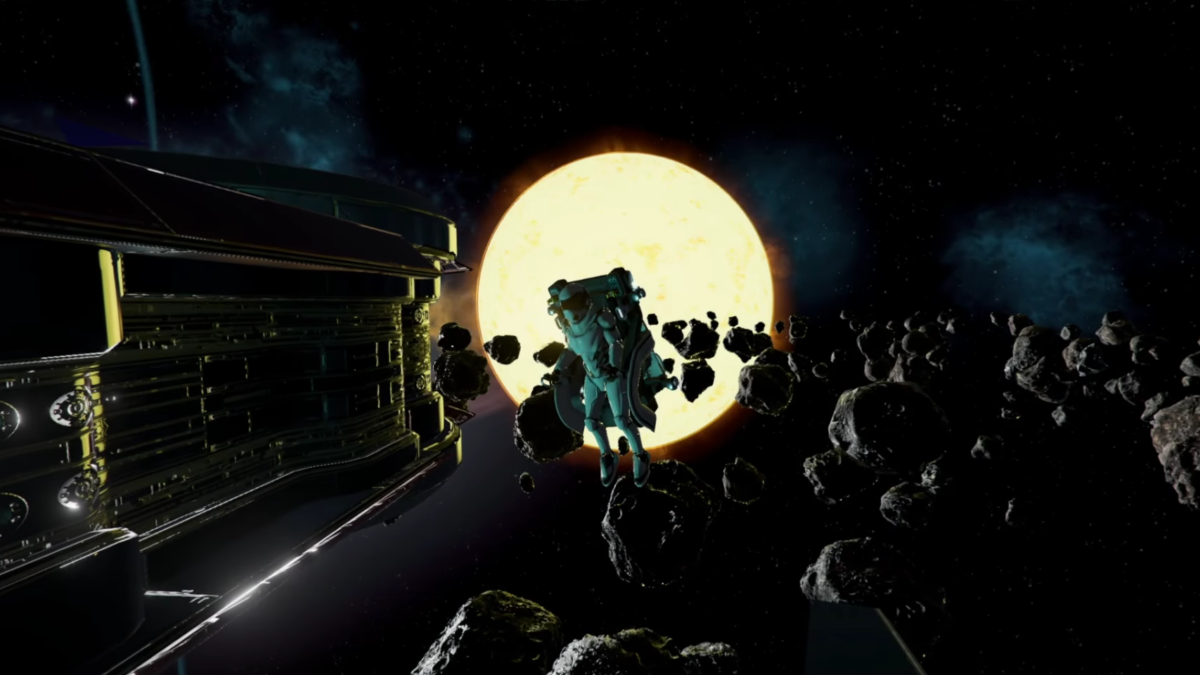 X4: Foundations is a space-based simulation game focused on combat and trading. The game comes as the seventh installment in the X series and takes place in a simulated universe where events continue to unfold even when the player isn’t actively participating.

In order to advance, the player needs to engage in a number of activities, which eventually will help him build space facilities and command fleets of spaceships to form a personal empire and radically change the game environment in the process.

As in prior entries in the X series, X4: Foundations has open-ended (or “sandbox”) gameplay. You can’t create your own persona, but you have many racial and narrative options to choose from. After you’ve selected a character and a mission, the space is all yours to explore, and you are suddenly dropped into it along with your spacecraft. You can play the game in any manner that you see fit, and complete your mission by looting, escorting, trading, pirating, or engaging in battle.

The addition of Mini-tutorials in X4: Foundations that explain concepts and controls by showing and doing are a huge improvement over the introductory sections of previous X series releases. Therefore, if you’ve never played any of the games in the franchise previously, this game is an excellent place to start learning about the X series.

It is worth noting that X4: Foundations is the first game in the X series where you can freely roam between stations. If you complete tasks for various factions, they will see you favorably and assign you additional missions in the future. Bounty hunting, cargo delivery, station construction, and passenger transportation are just some of the many types of additional missions that are available.

Instead of choosing from a list of options, the developers have decided to give players greater freedom in how they progress throughout the game. The gameplay is simple and stays true to the idea that it should be a happy medium between being engaging and being easy to use.

How to Play X4: Foundations on Mac

You can play X4: Foundations on Mac via cloud gaming options like Boosteroid and GeforceNow or install a Windows on your Mac via Parallels or Boot Camp Assistant.

You can play X4: Foundations on Mac (M1 and Intel models) with Boosteroid. Read our detailed guide.

You can play X4: Foundations on Mac (M1 and Intel models) with GeforceNow. Read our detailed guide.

You can play X4: Foundations on Mac (M1 and Intel models) by installing Windows on your Mac with Parallels. Read our detailed guide.

You can play X4: Foundations on Mac (Intel models only) by installing Windows on your Mac with Boot Camp Assistant. Read our detailed guide.

Play X4: Foundations with Boot Camp
Mac How To, reviews

Cult of the Lamb (Mac)