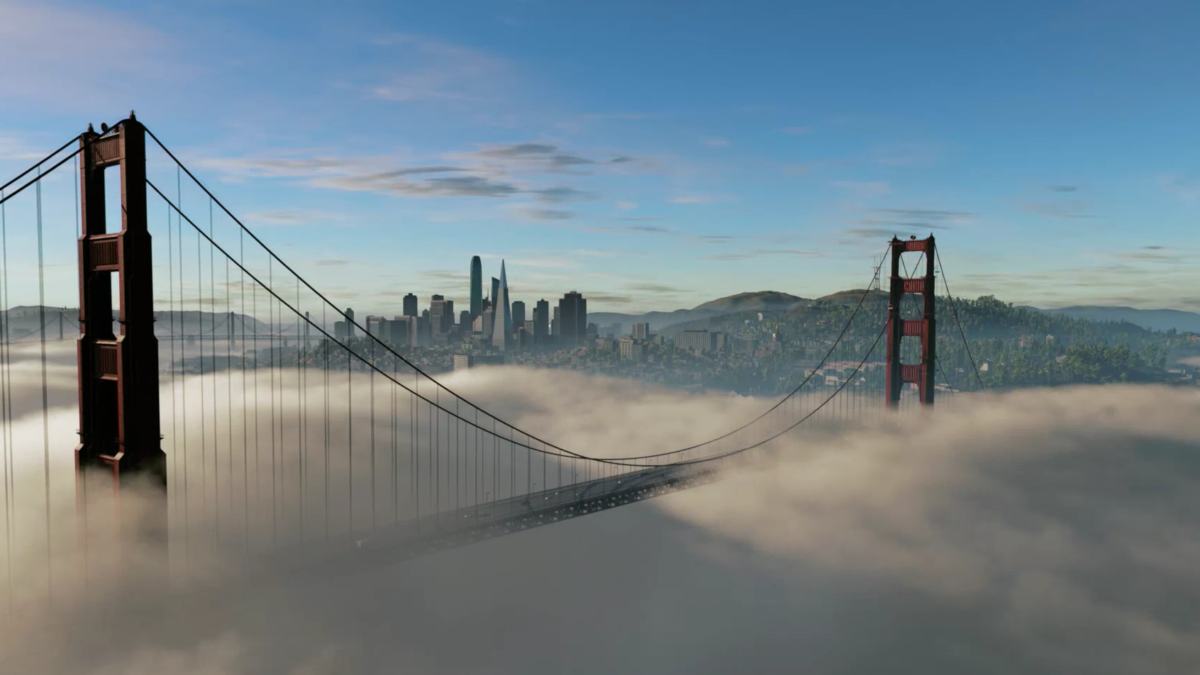 Watch Dogs 2 (also known as WATCH_DOGS 2) is an action-adventure game released in 2016 that features stealth elements. The game is the series’ second entry after the first Watch Dogs released in 2014.

The story takes place in a fictional version of the San Francisco Bay Area and is played from a third-person perspective. You play as the main character, Marcus Holloway, who is a member of the hacking group DedSec, and your mission is to disable the city’s cutting-edge ctOS surveillance system. Several main missions and side-missions called “operations” make up the game’s plot.

The open world can be explored on foot or with any of the many vehicles available, including automobiles, trucks, buses, cable cars, motorbikes, bikes, and boats. Compared to the previous game, the driving mechanics have been simplified and improved, and a new player’s ability to fire weapons while operating a vehicle has been added.

Missions can be accomplished in a variety of ways. Players can use weapons, explosives, and Marcus’s own melee weapon, which is a billiard ball attached to a bungee cord, or they can use stealth to sneak up on enemies and stun them with a taser for a short time.

Like its predecessor, Watch Dogs 2 focuses on the character’s ability to hack machinery and use the environment to his advantage. The player can, for instance, hack an air conditioner to deliver a jolt of electricity to anybody who gets too close.

The game’s upgrade system makes a return from the previous game with three categories: Ghost, Aggressor, and Trickster. You can tailor your upgrades to your preferred playstyle. Unlike Aiden, the main character in the first game, Marcus can fully use high-tech gadgets like a quadcopter or a remote-controlled car.

In terms of visuals, San Francisco’s most famous landmarks are rendered in high detail. Immersive lighting and detailed shadows combined with sound effects that correspond to the surroundings add realism to the scenery.

Can you play Watch Dogs 2 on Mac?

Watch Dogs 2 is not officially supported for Mac, but there is a way to play the game on Mac and we will show you exactly that. Cloud gaming services like GeForce Now are the most convenient way to play games that aren’t compatible with your Mac. All you need to stream the game is an account, a subscription to the service, and a browser.

Another way to play games like Watch Dogs 2 on Mac that aren’t officially supported is to use a third-party tool like Parallels or Boot Camp Assistant to emulate Windows on the system and play the game from within the Windows environment.

Watch Dogs 2 can be downloaded on a Mac and can be played by anyone who has a Windows virtual machine installed on their Mac OS.

Playing Windows PC games on a Mac is possible with either Parallels or Boot Camp. Please note, however, that Parallels runs equally well on both Intel and M1 CPUs, while Boot Camp is only compatible with Intel-based Macs.

To install Windows on an Intel-based Mac to play Watch Dogs 2, please use the instructions for either Boot Camp Assistant or Parallels.

To install Windows on a Mac M1 and run Watch Dogs 2 on it, please use the Parallels instructions only because Boot Camp is incompatible with the M1 chip.

How to play Watch Dogs 2 on Mac

You can play Watch Dogs 2 on Mac by signing up for GeForce Now or installing Windows on your Mac via Parallels or Boot Camp Assistant.

Watch Dogs 2 can be played on a Mac M1 via cloud gaming with GeForce Now or via a Windows VM created with Parallels.

Playing in the cloud does not require you to download and install the game physically on your system, but it does require a stable internet connection.

Professional applications like Parallels make it easy to create a Windows virtual machine, allowing Mac M1 users to play Windows games on it, but they can add a greater load on the system.

You can play Watch Dogs 2 on Mac (M1 and Intel models) with Geforce Now. Read our detailed guide.

How to Play Watch Dogs 2 with Geforce Now

You can play Watch Dogs 2 on Mac (M1 and Intel models) by installing Windows on your Mac with Parallels. Read our detailed guide.

How to Play Watch Dogs 2 with Parallels

You can play Watch Dogs 2 on Mac (Intel models only) by installing Windows on your Mac with Boot Camp Assistant. Read our detailed guide.

How to Play Watch Dogs 2 with Boot Camp
Mac How To, reviews