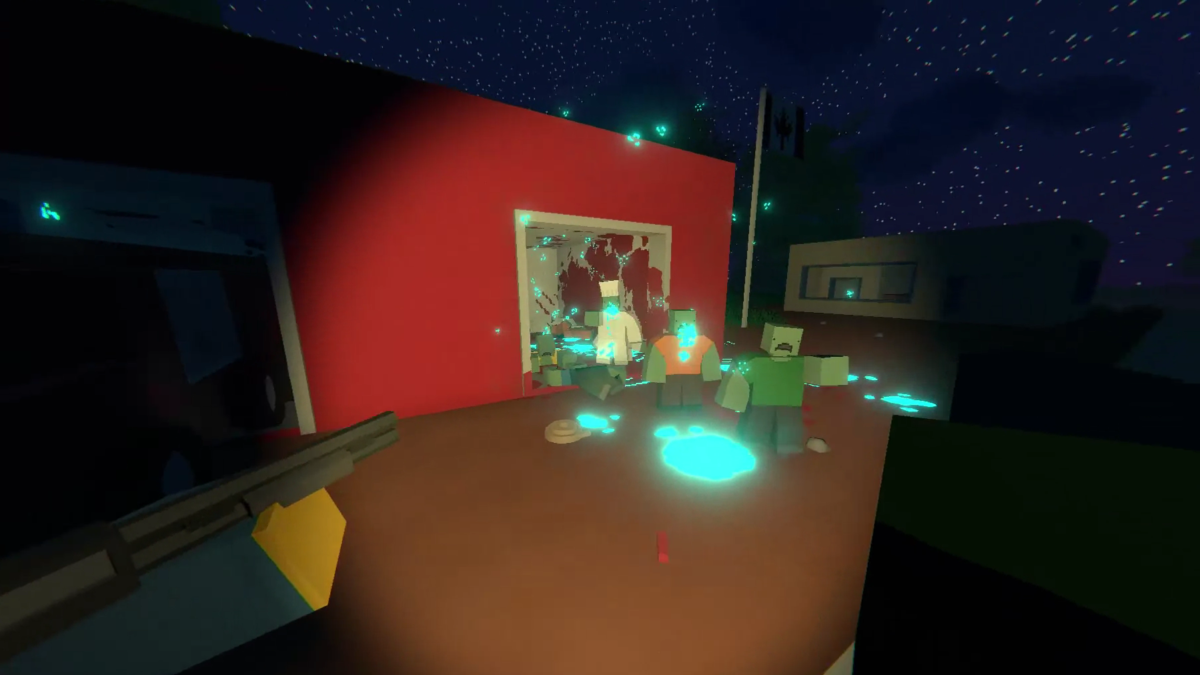 Unturned is a free-to-play survival game that enables players to create their own maps with the help of an in-game editor. They can also create other content such as mods and cosmetic additions to the game.

The game’s core concept revolves around trying to survive in a zombie-infested world. There are a number of game modes to choose from, and you may adjust the game’s difficulty to match your skill level.

The ultimate goal of each player is to stay alive. You can either work with other players and form a squad or compete against each other throughout the game. The player or the squad that makes it to the end is declared the winner.

In order to protect themselves from the zombies, players must search for and collect different resources. You’ll be able to find armor, gun attachments, and three types of health packs scattered around the map.

Vehicles also make an appearance in the game, giving players the option to drive to different locations and fight other players on the way.

Health, food, water, and radiation levels are things that each player should keep track of. You could get radiation poisoning if a zombie bites you or if you went into a “deadzone” without the right gear to protect you.

There are a number of ways to lose your life, including being killed by other players or leaving the playable area. The game’s bleeding out feature is so punishing that, without health packs, you will die in no time.

As they advance, players are rewarded with experience points, which can be spent on better equipment and different cosmetic items, such as a new outfit or a skill for your character or a new skin for your weapon. Usually, updates to the game add new custom skins for items in the main game and collections of the most popular user-made maps.

Due to the lack of separate “solo” and “squad” game modes, solo players will often face off against a team of players who work together, which could be challenging.

The game’s multiplayer has a wide range of game modes, including survival, roleplay, creative, paintball, and a “battle royale”-style arena for matches. Only online players may play in the arena, but there are plenty of other playable maps in the game.

The graphics are low-poly but charming. The soundtrack is uplifting which is quite unusual for a zombie game, but it sticks in your head and sets the mood for a fight.

Fans of survival games will appreciate Unturned’s simplicity as a survival simulator, as well as the game’s customization options.

How to Play Unturned on Mac

You can play Unturned on Mac via cloud gaming options like Boosteroid and Geforce Now or install a Windows on your Mac via Parallels or Boot Camp Assistant.

Play Unturned on Mac with Boosteroid

You can play Unturned on Mac (M1 and Intel models) with Boosteroid. Read our detailed guide.

How to Play Unturned with Boosteroid

You can play Unturned on Mac (M1 and Intel models) with Geforce Now. Read our detailed guide.

How to Play Unturned with Geforce Now

Play Unturned on Mac with Parallels

You can play Unturned on Mac (M1 and Intel models) by installing Windows on your Mac with Parallels. Read our detailed guide.

How to Play Unturned with Parallels

You can play Unturned on Mac (Intel models only) by installing Windows on your Mac with Boot Camp Assistant. Read our detailed guide.

How to Play Unturned with Boot Camp
reviews