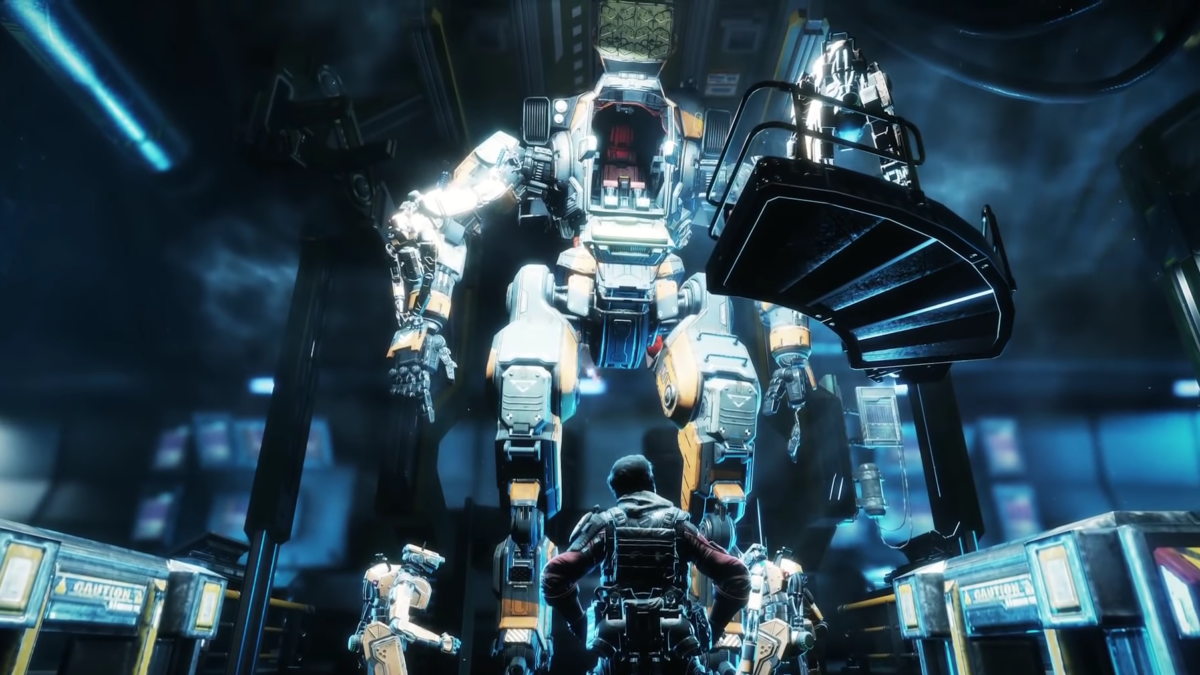 Titanfall 2 is a first-person shooter in which players command robot exoskeletons (wearable armored machine costumes) called Titans. The game is a sequel to 2014’s Titanfall and is set in a fictional universe featuring a story-based single-player campaign and a multiplayer mode.

In the single-player campaign, you play as Jack Cooper, a rifleman in the Frontier Militia, who takes pilotage of the Titan BT-7274 and sets out on a mission to prevent Interstellar Manufacturing Corporation (IMC) from destroying the Harmony on the Militia planet.

A change from the first game is that Titanfall 2’s single-player has gameplay that is split between controlling the Pilot and the Titan.

Platform elements are included that require you to use Cooper’s parkour skills, stealth ability, and in-game firearms to get past environmental puzzles, complete objectives, and reach new locations on the map.

Another change is that some gameplay elements are unique to a given level, and some weapons can only be used in certain areas of a level.

Titanfall 2’s multiplayer is played at a slower pace compared to the predecessor which allows players to make more tactical choices instead of relying on quick reflexes.

Some multiplayer maps make a return from the original Titanfall game, but they have been remastered to offer a wider range of environments, including urban centers and outdoor locations with more greenery.

The developers’ team has worked at improving the game’s replay value by expanding the roster of playable Titans, tools, weapons, and Pilot abilities so that players could create unique builds suited to their playing preferences.

The game’s AI has been improved with new movesets and behaviors for Pilots and Titans in both single-player and multiplayer modes.

The game’s mechanics have been updated with a system that lets players slide, a new pulsating blade feature that indicates if enemies are nearby, and a holographic pilot image that moves like the player and can be used to confuse attackers.

Shotguns, submachine guns, pistols, and grenades are just some of the many tools and weapons at the Pilots’ disposal. Players can also use close-range melee attacks to surprise an opponent from behind.

Compared to its predecessor, Titanfall 2 is designed with a brighter color palette. The graphical quality can be described as worthy of a postcard, and the environment is more vibrant than in the previous game. The developers have also made improvements to the audio by adding echo-like effects such as sound occlusion and reverberation, which make the gameplay more impactful.

Can you play Titanfall 2 on Mac?

Mac users can play Titanfall 2, but in order to do that, they need to use some additional software that could allow them to run the game on their MacOS. Unfortunately, this is required because the game is not officially supported for Mac OS, but there are some alternative solutions that make playing Titanfall 2 on Mac possible.

To play Titanfall 2 locally on your Mac, our suggestion is to use Windows virtualization programs like Parallels or Boot Camp Assistant. With their help, you can install Windows on your MacOS and download Titanfall 2 on your Mac from Steam.

Of course, we need to make it clear that these solutions are workarounds and they may not give you the same gaming experience as the one that you will get when you play the game on a Windows PC. However, the two programs can allow you to run unsupported game titles on your Mac and enjoy them safely and conveniently.

Parallels or Boot Camp Assistant are two easy-to-use and reliable Windows virtualization programs that Mac users can use to play games like Titanfall 2 on their machines with a relatively good gaming experience.

Before you select a program to use, however, please note that Boot Camp Assistant is a powerful Windows virtualization tool that is only compatible with Intel-based Macs, while Parallels is a program that works with both Intel- and M1-based machines.

How to play Titanfall 2 on Mac?

If you want to play Titanfall 2, you first need to get the game.

How to play Titanfall 2 on Mac M1?

Users of Mac M1 machines can play Titanfall 2 by using Parallels to install a Windows virtual machine. This Windows virtualization software can help them run games that don’t have official Mac support on Mac M1 and have a gaming experience that is as close as possible to playing on a Windows PC.

Play Titanfall 2 on Mac with Parallels

You can play Titanfall 2 on Mac (M1 and Intel models) by installing Windows on your Mac with Parallels. Read our detailed guide.

How to Play Titanfall 2 with Parallels

You can play Titanfall 2 on Mac (Intel models only) by installing Windows on your Mac with Boot Camp Assistant. Read our detailed guide.

How to Play Titanfall 2 with Boot Camp
Mac How To, reviews

The Devil in Me (Mac)