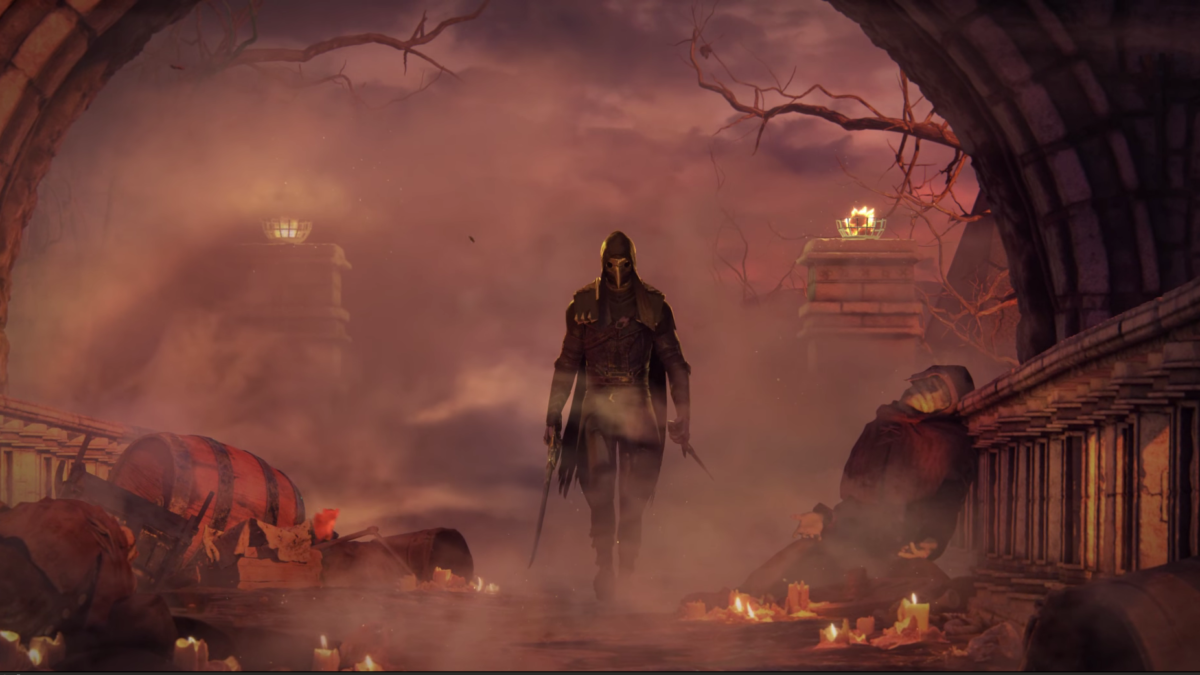 Thymesia is an action role-playing game (RPG) with Souls-like gameplay that will satisfy your need for a challenging adventure. Similar to other such games, Thymesia throws you headfirst into a strange setting and then leaves you to explore the environment and fight with the creatures you discover in order to figure out what you’re facing.

The action takes place in the fictional kingdom of Hermes. There is a pandemic that is infecting humans and animals and causing them to mutate into monsters. Hermes had been using alchemy to combat the plague up until now, but suddenly everything has gone out of control and nobody knows why.

As a player, you take on the role of Corvus, a lone warrior with missing memories who wanders the plague-ridden kingdom in search of a cure and trying to remember what has happened. Corvus has already explored three different areas of the kingdom and slain the creatures there, so in each level of the game, you’ll actually have to reminisce about an event from the past.

Everywhere you look, there’s something terrifying waiting to pounce at you. You’ll spend most of your time exploring the map and gathering notes that slowly reveal the story’s main line.

Thymesia has an intriguing backstory to explore, but that’s not the game’s biggest strength. It is the action-packed, offensive gameplay that has you shifting your attention between battling weaker enemies and taking on more powerful bosses.

Quick on his feet, Corvus smothers his opponents in a hail of blades and quickly slips out of reach before they can respond. There is no stamina bar in the game, so the only thing that caps your damage is the duration of your combo string, like in a fighting game.

There is no blocking either, so dodging and parrying become your only real options for avoiding harm. In every fight, you have to decide either to wait out the enemy’s attack string and then strike them back when they’re vulnerable, or take the damage with well-placed parries and strike them at your first chance.

Mastering how to dodge and parry attacks is crucial if you want to avoid being killed, but in this land of survival, success requires more than just a willingness to fight to the death – it requires an understanding of how each creature works and how it can be defeated.

Collecting gold from defeated foes and using it to increase attributes like health and damage is standard practice, but, aside from that, you’ll also find and improve plague weapons, which can be used in secondary attacks against enemies.

It’s interesting to note that some enemies carry one-use plague weapons that may be stolen and used to upgrade your existing offensive capabilities. This is fantastic against elite enemies and bosses, who often have access to game-changing powers.

The talent tree in the game allows you to enhance Corvus’ abilities, but there is a limit to the talent points you can have, so you can’t just max everything out and hope for the best. Instead, you need to use these points wisely if you want to become an unstoppable killer.

Sub-quests aren’t mandatory to complete in order to progress in the game’s main story, however, the information you get from completing them is crucial to solving the game’s mystery and putting an end to the plague once and for all.

You can also choose between several thrilling game endings depending on your actions. So, if you are looking for a Souls-like adventure, dive deeper into the game, fight your way through swarms of gruesome enemies, add powers to your own ability set, and you will slowly recover your memories and figure out what has caused the plague outbreak.

Can you play Thymesia on Mac?

Yes, you can actually play Thymesia on Mac despite the lack of an official MacOS version. A Mac user can play Thymesia by connecting to a cloud gaming service, such as Boosteroid or GeForce Now. It is also possible to play Thymesia on a Mac by installing either Boot Camp Assistant or Parallels.

Thymesia doesn’t run natively on macOS computers right now. Nonetheless, there are alternatives for Mac users who want to play the game, just as there are many other games that aren’t officially supported. The methods for playing Thymesia on a Mac are outlined below. Choose the one that best suits you and proceed with the instructions.

How to play Thymesia on Mac

In order to play Thymesia on a Mac, you will need to sign up for a streaming service and then play the game in the cloud. If you have a Mac and install Windows on it, you can download and play the Windows version of Thymesia on it.

Playing Thymesia on a cloud gaming service won’t be identical to playing the game locally, however, it should still be a pleasant experience so long as you have a fast and steady Internet connection and aren’t an extremely competitive player. In the paragraphs below, we’ll show you how to use GeForce Now and Widows virtualization software to play Thymesia on your Mac.

How to Get Thymesia on Mac:

First, you will need to purchase the game from the Steam Store.

Once you have the Steam version of Thymesia, you can register in the Boosteroid cloud gaming service and use it to stream the game to your Mac, iPhone, iPad, and Apple TV.

Play Thymesia on Mac with Boosteroid

To play Thymesia on your Mac via cloud gaming, all you need is a Boosteroid account and a subscription. After subscribing and logging in, you can play Thymesia on Mac by clicking the Play button which is found on the Boosteroid’s game page.

Fans of cloud gaming solutions see several advantages of using services like Boosteroid. Playing on the cloud does not require downloading and installing the game, which saves time and physical space on your hard drive. The model of your Mac and its hardware specifics also doesn’t matter because the quality of your online gaming session is affected only by the speed and the stability of your internet connection.

If you want to give Boosteroid a try and play Thymesia online, please follow these instructions:

You’ll need a Windows setup in order to install and play Thymesia on a Mac. To run Windows on a Mac, you may choose between Boot Camp Assistant and Parallels.

Both applications have their pros and cons, and your gaming experience with them may vary depending on the Mac you use. Our standard recommendation is that Boot Camp Assistant be used by those with an Intel-based Mac and Parallels be used by those with an M1-based Mac. You’ll find a quick explanation of how to install each software, followed by a link to our site’s more in-depth tutorials.

You can play Thymesia on your Mac M1 with a cloud-gaming service like GeForce Now. This option allows you to play games without having to download them, and instead, makes you rely on the quality of your Internet connection. Parallels helps you to create a Windows virtual machine on your Mac M1, allowing you to play the Windows version of Thymesia as if it is on a PC. Due to incompatibility with the M1 Mac chip, the Boot Camp Assistant method is unavailable to M1 Mac users.

Mac How To, Malware Alerts