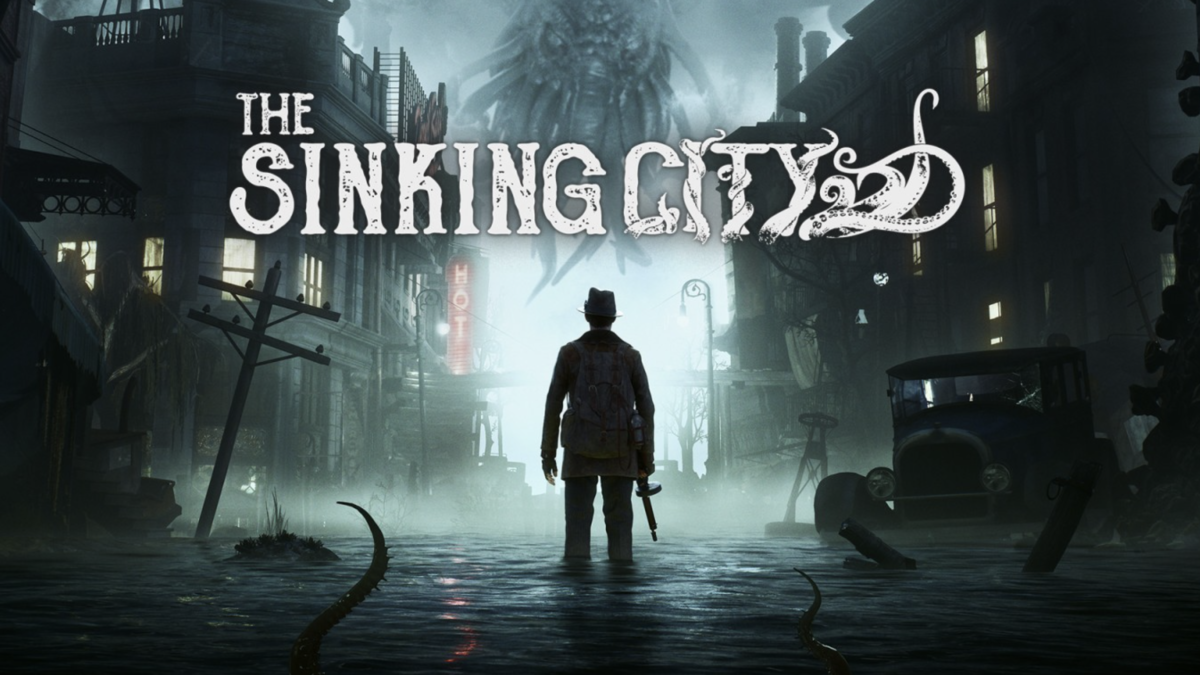 The Sinking City on Mac

The Sinking City is a role-playing game that can be played on Mac through cloud gaming and Windows emulation. The easiest way to play The Sinking City on Mac is to stream it with Boosteroid, but you can also play it using Parallels and Boot Camp.

The Sinking City is a third-person adventure RPG heavily inspired by the works of H.P. Lovecraft, and, more particularly, by The Shadow over Innsmouth novella. The game features a distinct atmosphere of uneasiness and dread and makes use of many narratives and world-building tropes that people familiar with the Lovecraftian horror genre will immediately recognize and appreciate. This is also one of the few gaming titles that do a semi-good job at bringing cosmic horror to the gaming medium. However, it’s also a game that has quite a few flaws, making it a mixed bag of good and bad elements, which is why we cannot recommend it to everyone.

However, if you’ve already decided that you want to experience one of the more adequate Lovecraft-inspired PC games on your Mac, you can head straight to the guide section of this post to find out how you can do this. On the other hand, if you are still on the fence about getting this game, let us tell you a bit more about it to help you make an informed decision.

The game’s plot is set in the 1920s and takes place in the secluded city of Oakmont, located on the shores of Massachusetts. The player takes control of Charles Winfield Reed – a World War I veteran who served as a US Navy sailor and who now works as a private investigator. Ever since the mysterious disappearance of the USS Cyclops, the ship that he served on during the war, Reed has been having weird nightmares and visions of a sinking city. Coincidentally, Reed has been invited to the city of Oakmont by a local intellectual to investigate the source of an inexplicable madness and hysteria (similar to that experienced by Reed himself) that’s been spreading across the populace of the city, all the while a mysterious flood has submerged parts of Oakmont and has cut the city off from the mainland.

Once Reed arrives in Oakmont, the game begins and the player’s primary task is to explore the city, get to know its inhabitants, and gradually uncover the mystery of the flood and the madness shared between the city’s inhabitants, while also trying to keep his own sanity and survive attacks from bizarre otherworldly creatures that have begun to infest parts of the Oakmont.

As we said, The Sinking City draws a lot of inspiration from Lovecraft’s Shadow Over Innsmouth, and, in our opinion, this is to the game’s merit. It does a very good job at recreating the same uneasy and bizarre atmosphere from the novella, so fans of Lovecraft are sure to appreciate this. However, unfortunately, the city of Oakmont itself can oftentimes feel lifeless and empty – there are a lot of dull and uninteresting areas that feel like filler and only slow down the pace of the game, rather than providing anything worth exploring. On the other hand, the art style and architecture of Oakmont do a great job at capturing the early 1900s aesthetic of remote small East Coast towns, which greatly enhances the game’s atmosphere.

The highlight of The Sinking City’s gameplay has to be its investigation. You will spend the majority of the game exploring Oakmont and piecing together small bits of information that will lead you to the next clue. You will have to read through talk to various characters, read old newspapers, and explore the dark streets and alleys of the decrepit city without always having a clear direction or idea of what you need to be looking for, which, in our opinion, is the main fun part of the game.

Reed’s visions have granted him a supernatural premonition ability that helps him find clues more easily but also drains his sanity. Speaking of sanity, this is a major, albeit underutilized, gameplay mechanic. The player must constantly monitor Reed’s sanity and keep it from dropping too low. Combat encounters, witnessing disturbing scenes, and using the protagonist’s supernatural abilities drains his sanity, which slowly regenerates over time or can be restored quickly by taking antipsychotic drugs.

The combat is one of the weakest aspects of The Sinking City – the controls are awkward and oftentimes glitchy, making combat encounters feel like a chore rather than anything remotely entertaining and fun. Additionally, having to resort to combat that often in a Lovecraftian game somewhat breaks the immersion, considering how the focus in this type of story has always been on the protagonist’s powerlessness to fight the unfathomable horrors that they encounter.

In other words, even though The Sinking City is often categorized as a third-person RPG shooter, if you are looking for a game with a remotely adequate combat system, you should probably look elsewhere.

Lastly, we must also mention that the game itself is quite janky, to the point where it feels unfinished. There are lots of weird bugs and glitches that can further break a player’s immersion and degrade the entire experience. Combine this with the aforementioned awkward combat experience, and you have a game that is in dire need of a patch that takes care of those issues. Unfortunately, The Sinking City has been out for over three years, and it doesn’t seem like a lot has been done to resolve the problems mentioned above.

The Sinking City is far from a perfect game or even a really good game. It has a lot of technical problems, and after playing it for a while it becomes clear that it also doesn’t have a ton of content to keep the gameplay fresh and exciting for the entire playthrough. However, on the plus side, it does offer a faithful and well-directed representation of the Lovecraftian horror genre, which is a rare thing for a game. Therefore, if you are someone who has been desperately looking for a game that does cosmic horror justice, and you are ready to overlook the technical flaws of The Sinking City, we can recommend this game. However, if you aren’t a particularly big fan of this type of horror and/or want a well-polished game, there are other titles out there that you’ll probably enjoy more.

Can you play The Sinking City on Mac?

The Sinking City is not available for Mac systems, so you can’t play this game natively on a Mac. However, several effective workaround methods, such as streaming the game or installing Windows on your Mac, can enable you to play The Sinking City even though it’s not supported by your system. We will explore those methods in the following guide and provide you with instructions on how to employ them.

How to play The Sinking City on Mac

How to get The Sinking City on Mac

To get the Sinking City on Mac, first, go to Steam and purchase the game from there. Then, you can stream the game to your Mac with Boosteroid or download it after installing Windows with Parallels or Boot Camp Assistant.

Once the Sinking City is in your Steam Library, you can get a Boosteroid subscription and use the platform to stream this game to your Mac, Apple TV, or iOS device.

Play The Sinking City on Mac with Boosteroid

Boosteroid is a great option for playing unsupported games on Mac because of how easy it is to get started. All you’ll need is registration with an active subscription and ownership of the desired game. After that, playing that game through Boosteroid is a simple matter of opening your browser, going to the service’s site, and starting the game. Here is how to do it:

During our extensive testing with Boosteroid, we’ve concluded that the platform offers the best experience when used through the Google Chrome browser. The service works with other browsers as well, but our recommendation is to use Chrome.

If you want to download the game and play it locally instead of using cloud gaming, there are two ways to do this even though the game isn’t supported for Mac. The first method is to download and install a tool called Parallels and then use it to create a Windows 10/11 virtual machine on your Mac. This method works on both Apple Silicon Macs and Intel Macs. The next option is to use the built-in Boot Camp Assistant app that Intel Macs have and, with its help, install Windows 10 on your Mac. This method is unavailable for M1 Macs as the Boot Camp Assistant app isn’t supported by them.

The Sinking City on Mac M1

We already told you how to play The Sinking City with the help of the Boosteroid cloud gaming service, and now it’s time to show you how to use Parallels in order to run this game locally, on your Mac. On this page, you will find a details guide on how to set up a Parallels virtual machine and how to optimize its settings for gaming. However, if you prefer the quick version of that guide, you can try the instructions below:

Play the Sinking City on Mac with Boot Camp

The final method of playing The Sinking City on Mac that we want to tell you about is to use the Boot Camp Assistant app to install Windows on your computer and then download the game in the Windows partition. The process of installing Windows will take some time to complete, but this is a good option for Intel Mac users to play Windows games on their computers. Once again, we remind you that this method of playing The Sinking City on Mac only works on Intel-based Macs. For M1 machines, try the Boosteroid or Parallels methods described above.

As for the Boot Camp method, we have a detailed guide on how to use it right here. For a short version of that guide, check out the following instructions:

Once you are done with all that, you will be able to play this game on your Mac just as if you were on a Windows computer.