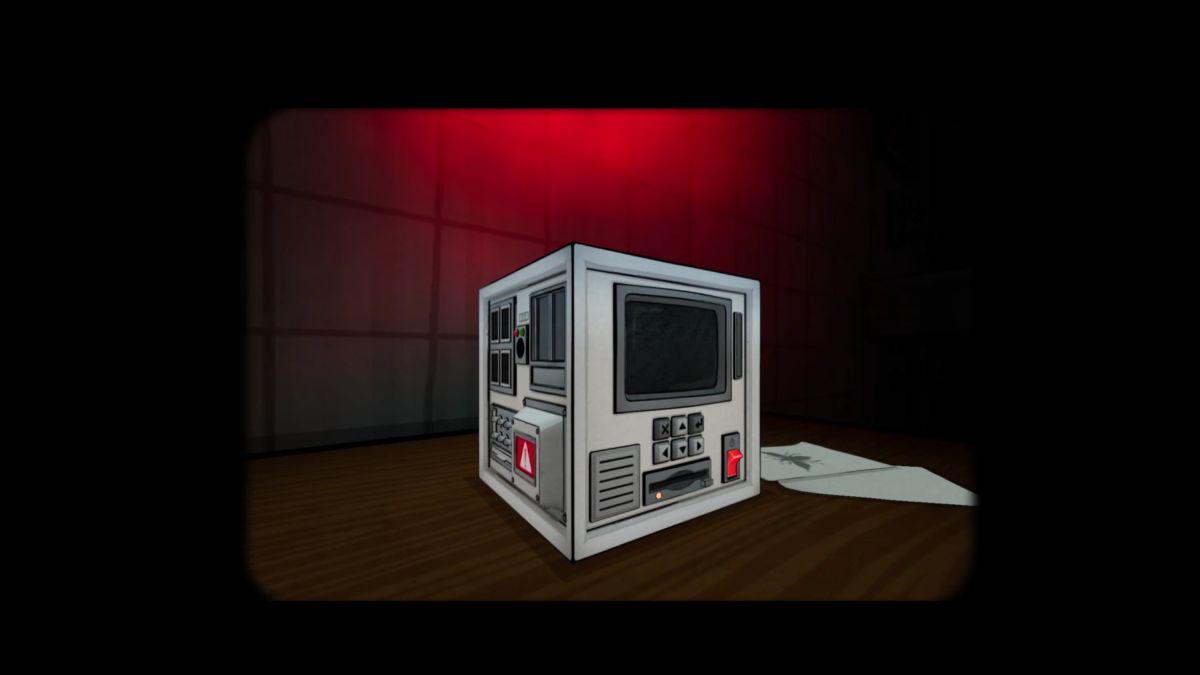 The Past Within (Mac)

The Past Within on Mac

The Past Within is a puzzle-solving co-op game with one player playing in the past and the other in the future. The game is the latest installment in the Rusty Lake series (also known as the Cube Escape series) and features interactive point-and-click mechanics.

The story revolves around the mysterious death of Albert Vanderboom, who was murdered by his brother Frank. The player who plays in the past is placed in the year 1926 and takes on the role of Rose, the daughter of Albert, who learns from a letter that a friend from the future will help her revive her father.

Those who are already acquainted with the Rusty Lake world will get the most out of this game, but newcomers may struggle to relate to the characters and the references to the Vanderboom family, who forms the central plotline of Rusty Lake: Roots and owns a large house near the shore of Rusty Lake.

The game is divided into two chapters. The first one is more about helping you get used to the idea of cooperating with a buddy, while the second one is packed with surprises and lets you really get into the meat of the experience.

The player in the past plays in a room that he has to investigate, while the player in the future has a mystery cube to fix. The puzzles in The Past Within are focused on revealing different events and collecting Albert’s blood, flesh, and bones, so that he can be revived via the cube.

Much of the pleasure in this game’s mechanic depends on the players’ ability to work together and communicate well, since they both need to describe a wide variety of symbols and strange-looking images. You’ll still have to complete certain things on your own, though, just as in a standard room escape game. So, you don’t have to tell the other player everything you’re doing, but you should still let them know when you have something they may want or need because the game’s advancement is reliant on that.

Despite sharing many themes with horror games, The Past Within is not a really terrifying experience. The game’s music does a wonderful job of generating a generally scary tone throughout, but the cartoony visuals make most of the moments that are intended to be frightening appear pretty funny.

The overall playtime for The Past Within is just about two hours, split between the game’s two chapters, however, the game may be replayed in different ways depending on whether you play in “Butterfly” or “Bee” mode, which alters the solutions to the game’s puzzles.

The Past Within is a quick and engaging co-op puzzler with a unique time-travel mechanic. The game creates an authentic cooperative experience and requires patience and good communication.

Longtime fans of the series will certainly find the latest installment to be worth the few bucks it costs, but those expecting a greater challenge are advised to explore elsewhere.

Can you play The Past Within on Mac?

Keep in mind that where you get your Mac games from is important. You should only purchase games from reputable gaming stores and avoid downloading games from untrustworthy sources.

Thanks to its native macOS version, The Past Within can be set up and played on either Intel or M1-based Macs. Just check the game’s recommended system specs to be sure your machine can run it smoothly.

How to play The Past Within on Mac

The Mac version of The Past Within is available for download on Steam if you’d like to give it a try. First, however, don’t forget to purchase the game.

How to play The Past Within on Mac M1?

Installing the Steam client, starting it up, and signing in with your account details is all you need to do to play The Past Within on a Mac M1. Then, to start the game, locate it in your Steam library, purchase it (if you haven’t), install it and enjoy the co-op adventure.