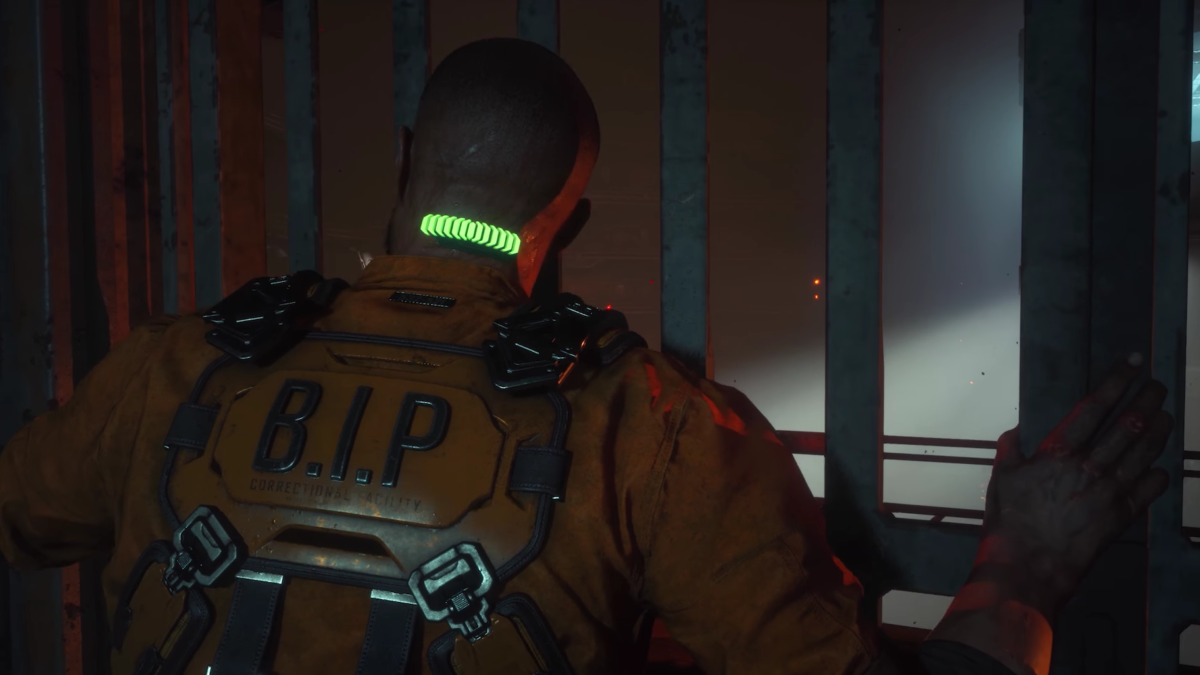 The Callisto Protocol on Mac

The Callisto Protocol is a science fiction survival video game that takes players 300 years into the future and immerses them in a narrative-driven horror.

The cruel hand of fate has cast Jacob Lee into Black Iron Prison on Jupiter’s moon Callisto. Soon after his arrival, inmates start transforming into monsters, and prison riots break out. To survive the horrors of Jupiter’s moon, Jacob has to traverse dangerous terrain, unlock new weapons, gear, and skills, and use his own special shooting and close-range combat style against the ever-changing creatures while revealing some disturbing secrets.

The player controls Jacob Lee from a third-person perspective. He must learn to use a mix of close- and long-range combat, as well as a special gravity weapon that was once used by Black Iron guards to keep prisoners in line.

A holographic HUD displays the gameplay’s most essential data. A device implanted in the base of Jacob’s skull called a “Core Device” gives information about his health status. The player can restore the character’s health with injection-style pickups.

Throughout the game, the player can collect audio logs, which can be listened to for gaining more background information on the game’s characters and setting.

In the latter half of the game, there is a level where Jacob is trapped in a series of tunnels filled with biophages that are blind but sensitive to noise. This makes players think about sneaking up on enemies instead of shooting them, which is a nice change from the game’s fast pace.

The final stages of the gameplay feature a number of difficult miniboss battles that come up quickly one after the other and lead to a grueling final boss fight.

Bullets are scarce at the beginning of the game. Thus, to save up on ammo, you’ll need to get close to your enemies, dodge their attacks, and then eliminate them before they can kill you. Part of the combat mechanics includes cutting off the limbs of your foes and decapitating them.

Your “Strategic Targeting System” opens up a brief window to perform a “skill shot”. This allows you to lock on to a weak spot with your firearm and take down the enemy in just a few shots instead of emptying a full gun.

The gravity weapon has the power to lift foes into the air, making for some exciting battles. However, it depletes over time and must be recharged with batteries, should you have any in your inventory.

The fights with groups of angry foes are given a sense of urgency with the introduction of a regenerative ability that allows enemies to transform into more fearsome forms if you wound them without finishing them off completely.

The Callisto Protocol’s enemies represent a fairly standard set of survival horror creatures, such as zombies, suicide bombers who chase you, and spider-like monsters that climb walls and ceilings on all fours.

The game uses cutting-edge lighting effects and 3D sound to fully immerse the player. The developers have put a lot of work into creating creepy prison hallways. No two corridors are alike, and each area has its own distinct feel.

Even though most of The Callisto Protocol’s environments are dark or foggy, the characters are rendered with incredible detail. The third-person camera stays focused on Jacob the whole time, so you can see the sweat on his scalp and the blood splatter that soaks into his clothes after each brutal encounter.

The sound design is also impressive, thanks to the 3D sound mapping. You can hear an enemy approaching and identify their type by the specific noises they make. Jacob’s weapons crunch against enemy bones with a snap and melt their skin with a sizzle.

In The Callisto Protocol, players are thrust into a narrative where horrors lurk around every corner thanks to a seamless blending of dark atmosphere, tension, and brutality with moments of desperation. The game is well-paced, but once the main story is completed there isn’t much left to do, which currently doesn’t offer a great replay value for the overall package. However, this title is still up to fifteen hours of a thrilling journey through a spectacular slaughterhouse in outer space, full of nonstop action.

Can you play The Callisto Protocol on Mac?

Although The Callisto Protocol does not have official Mac OS support, you can still play it on your Mac. If you’re interested in learning how then keep reading; we’ll discuss some workarounds that will bring you as close to the original gaming experience as possible.

Installing Windows on a Mac is now the standard method for playing games that aren’t developed specifically for macOS. Professional software like Parallels or Boot Camp Assistant is highly recommended if you have never installed Windows OS on a Mac before. With these two tools, you can make your computer behave like a Windows machine and play The Callisto Protocol on it.

You’ll find a quick rundown of how to set up both of these applications and links to more in-depth tutorials down below.

Another alternative to playing The Callisto Protocol is cloud gaming. With this method, you can stream the game in your browser with the Boosteroid cloud gaming service and skip all the steps related to installing a virtual machine.

If you want to use Parallels or Boot Camp Assistant to install Windows on your Mac, you’ll need plenty of free space on your Mac’s hard drive. To play The Callisto Protocol, your computer also needs to be up to the developer’s recommended system specs.

Installing Windows OS inside your Mac allows you to play the original game without being dependent on the speed and stability of your internet connection, which is the case when playing games in the cloud.

How to play The Callisto Protocol on Mac?

To play The Callisto Protocol on your Mac, you need to have a Windows OS installed on your Mac through Parallels or Boot Camp Assistant or you need to subscribe to Boosteroid. The table below gives a comparison between the three methods to help you decide which one is best for your specific case.

How to get The Callisto Protocol on Mac?

To get The Callisto Protocol on Mac you first need to purchase it. After that, you can download the game on your Mac and play it on your newly created Windows OS or stream it with Boosteroid.

How to play The Callisto Protocol on Mac M1?

If you’re using a Mac M1 and want to play The Callisto Protocol, you can do so by streaming it with Boosteroid or installing Windows via the virtualization software Parallels.

When you’ve got Windows installed on your Mac M1 with Parallels, head over to Steam, download the Steam client onto your new Windows VM, then buy The Callisto Protocol from the Steam store and install it.

Play The Callisto Protocol with Boosteroid

You can play The Callisto Protocol in the cloud with only a Mac and a Boosteroid account. There are many benefits to using Boosteroid for online gaming. Playing without pre-game downloads or installations is one such perk. And you won’t have to delete any files on your Mac to free up space for the installation of the game. Also, the technical specifications of the Mac are irrelevant when playing games on the cloud. The quality depends only on how fast and reliable your internet connection is.

Here’s what you need to do to use Boosteroid to play the game in your browser:

Play The Callisto Protocol with Parallels

A Full Parallels Guide with a detailed explanation of the Windows installation process with Parallels is available in the link.

For detailed instructions, please check our full guide on how to use Boot Camp Assistant.