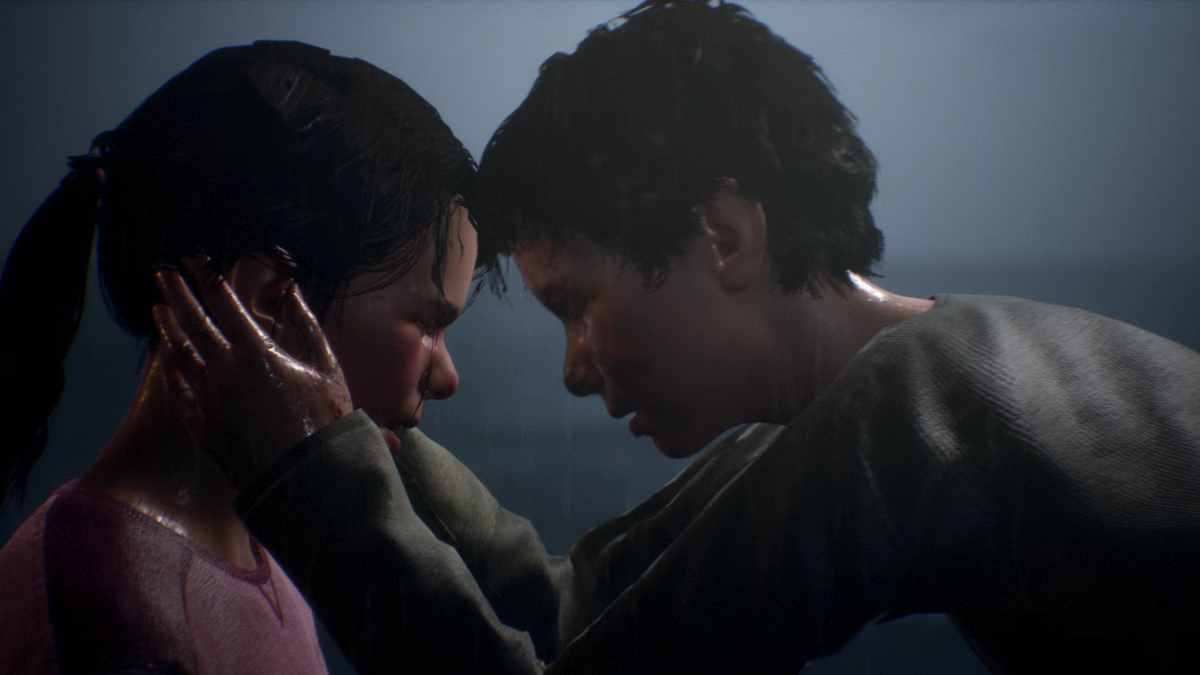 Tell Me Why (Mac)

Tell Me Why on Mac

Tell Me Why is an episodic adventure game, the story of which unfolds over the course of three chapters. The narrative follows Tyler and Alyson, telepathic twins who return to their remote Alaskan birthplace to look into the circumstances behind their mother’s death. The game goes into the traumatic things that happened to the twins as they were growing up and the fact that they might remember important events differently.

Players take control of Tyler Ronan and Alyson Ronan, American twins who are 21 years old and have been apart for 10 years. The gameplay takes place in the twins’ childhood house and in different locations of a fictional Alaskan town, called Delos Crossing.

A supernatural connection between the siblings gives them the ability to telepathically communicate with one another and to see events from the past in the form of visions.

Players direct the twins through their memories and visions in a series of events and put together the story by deciding how each twin sees what happened from their own unique point of view.

The player’s choices for the twins have an impact on the story’s resolution, depending on which version of events each of the siblings believes.

The strength of the twins’ bond is put to the test every time one twin’s visions or recollections are confirmed or rejected by the other.

Players can switch between the perspectives of both twins when they are interacting with the citizens of Delos Crossing or when they go through storybooks found in their childhood house.

Puzzles are part of the gameplay, and most of them are solved by figuring out the metaphors hidden in the storybooks.

The game’s setting dives players into the culture of the Tlingit, a community of indigenous people who live in Alaska. The fictional Delos Crossing town’s locations are created with high attention to detail and feature beautiful sights.

Throughout the game, players come across several non-playable characters (NPCs). The twins’ relationships with these NPCs are affected by the player’s choices when they interact.

Tell Me Why is a game that unfolds a narrative that focuses on topics like mental health, prejudice, and poverty. Players can engage in solving puzzles, revealing secrets, and making decisions that affect the outcome of the story while going through intricate dialogues.

Can you play Tell Me Why on Mac?

Players who prefer to use Mac may be glad to learn that Tell Me Why can be played on their machine. Unfortunately, there is no direct way to do that since there is no official MacOS version of the game. So, in order to play Tell Me Why for Windows on a Mac, players will need to resort to Windows virtualization solutions.

A Windows OS can be emulated on a Mac using a virtualization application like Parallels or Boot Camp Assistant. Once this is done, you can play Tell Me Why and other Windows games on your Mac locally by installing and running the Windows game version on the emulated environment.

In order to play Tell Me Why on a Mac, you must first install Windows OS. This is really rather simple with the help of Windows emulation software like Parallels or Apple’s Boot Camp Assistant (for Intel Macs only). Detailed instructions for these two applications and their use are available at the links below.

Tell Me Why can be purchased and installed on the newly created Windows OS from Steam using the store’s game client.

How to Play Tell Me Why on Mac?

You can play Tell Me Why on Mac after you install Windows on your Mac via Parallels or Boot Camp Assistant.

How to play Tell Me Why on Mac M1?

Tell Me Why can be played on a Mac with an M1 processor by setting up a Windows environment with Parallels for Mac. If you possess a Mac M1, you can just download the game to your system and play it anytime you want through a Windows virtual machine. You cannot use Boot Camp Assistant to install Windows on a Mac M1 since it is not compatible with the M1 CPU architecture.

Below, you will find links with instructions for running Tell Me Why on a Mac (both M1 and Intel).

Play Tell Me Why on Mac with Parallels

You can play Tell Me Why on Mac (M1 and Intel models) by installing Windows on your Mac with Parallels. Read our detailed guide.

How to Play Tell Me Why with Parallels

Tell Me Why on Mac with Boot Camp Assistant

You can play Tell Me Why on Mac (Intel models only) by installing Windows on your Mac with Boot Camp Assistant. Read our detailed guide.

How to Play Tell Me Why with Boot Camp
Mac How To, reviews