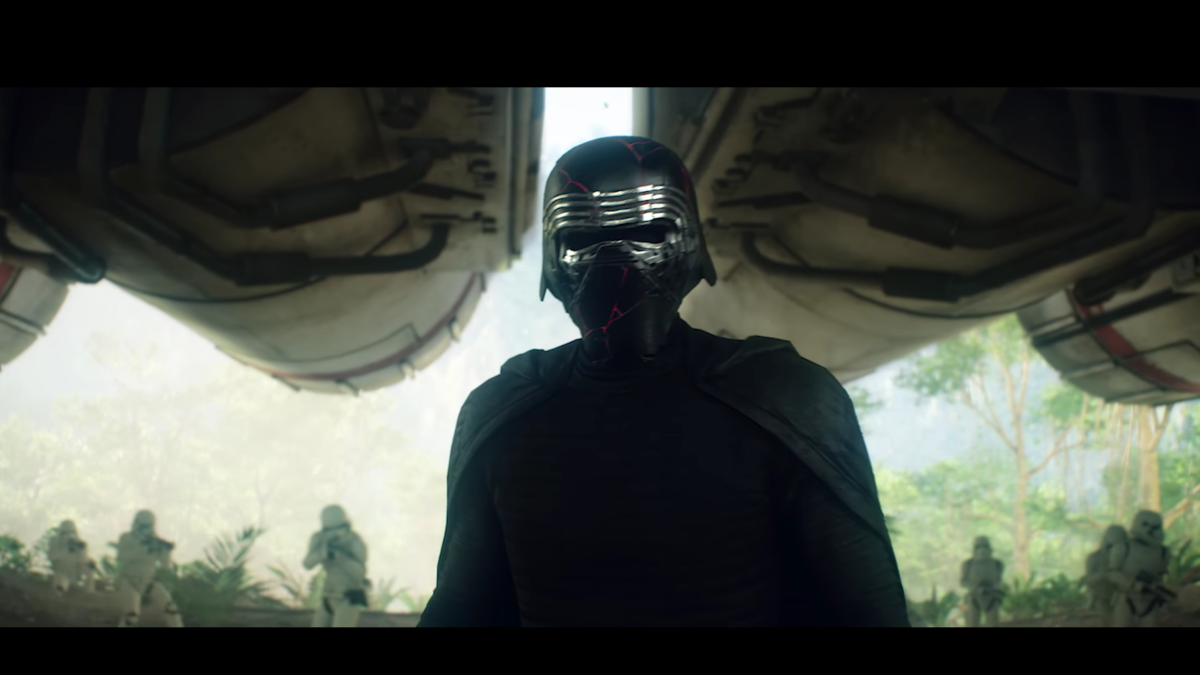 Star Wars Battlefront 2 is a first-person shooter video game based on the iconic Star Wars saga, that is a must-have game title for every Star Wars fan.

The events of Star Wars Battlefront 2 in the single-player mode take place Between “Return of the Jedi” and “The Force Awakens” movies. The storyline follows an original character named Iden Versio. He is the leader of a special operations unit for the Galactic Empire, but he eventually joins the ranks of the New Republic after growing disillusioned with the tactics used by the Galactic Empire.

The majority of the game’s story takes place during the final year of the Galactic Civil War, just before the decisive victory of the Rebel Alliance over the Galactic Empire at the Battle of Jakku.

Players may choose to fight on the ground or in space and, respectively, take the role of troops or pilots of starfighters.

A variety of maps are used in the battles, and each era has its own collection of maps that are exclusive. There are 15 different places from the Star Wars universe, as well as several that are exclusive to the game’s environment. Depending on the game mode that is being played, there are some restrictions placed on the different locations that may be accessed.

The player’s choice of class in Star Wars Battlefront 2 has a significant influence on the game’s overall experience. Assault, Heavy, Officer, and Specialist are the four different types of soldier classes that are available to each faction. There are three main classes of starfighters: Fighter, Interceptor, and Bomber. These classes are available in all the factions. The Bomber class is not used by the Resistance and the First Order.

During ground battles, additional Reinforcement classes may be selected. To get access to these classes, players must exchange “battle points”, which they earn by fighting enemies and completing objectives, specific to each level.

The Enforcer, the Aerial, and the Infiltrator are the three types of troop Reinforcements that are available to each of the three factions. There are also two categories of vehicle Reinforcements, which are referred to as the Speeder and the Armor. The Republic, the CIS, the Rebel Alliance, the Empire, and the First Order are all able to use the Artillery which falls under the category of additional Reinforcement types. However, the Artillery can only be utilized in the Galactic Assault mode on a limited number of maps.

Every class, with the only exception of Artillery, has the potential to level up and grow more powerful over time. Each time a player advances to a new level, they are given a Skill Point as a reward. These Skill Points may be used for either unlocking a Star Card or improving the one you already have.  In Star Wars Battlefront 2, the major means of progress are via the use of Star Cards. It is possible to use Star Cards on a certain class to enhance or replace the skills of that class, such as the rate at which they regenerate health or the amount of damage they deal.

Each weapon in the game is unique and may be used in a variety of ways even though the game only allows a limited amount of weapon modifications. Additional weapon attachments allow players to alter the weapon’s fire rate or range, among other things.

A variety of well-known characters from the Star Wars world may be played by players in addition to the usual troop and reinforcement classes. Players may, for example, take the roles of Luke Skywalker, Leia Organa, Han Solo, Lando Calrissian, and Kylo Ren at some levels. Inferno Squad captain Iden Versio is the main character that the player has control of for the majority of the in-game’s time.

There are several game modes that focus on heroes, such as Heroes vs. Villains and Hero Showdown. Throughout the course of the game, players travel to a variety of planets and locations around the Star Wars galaxy, some of which are familiar to fans of the movies.

At the time of its debut, Star Wars Battlefront 2 was met with a range of reactions from gaming reviewers. The game was lauded for its multiplayer mode, gameplay, balance, aesthetics, and diversity, but it was criticized for its single-player options, narrative, microtransactions, and advancement system. If you are a fan of the Star Wars saga, though, this game title is one that should not be missed.

Can you play Star Wars Battlefront 2 on Mac?

Since a Mac OS version of Star Wars Battlefront 2 does not exist at the time of this writing, players will need to find workarounds in order to enjoy their favorite game on their Mac.

One of the quick methods to play Star Wars Battlefront 2 on Mac without needing any special computer skills is to use a cloud gaming service like Boosteroid or GeForce Now. The Windows game version of Star Wars Battlefront 2 may also be downloaded and played on your Mac, however, for this you need to use special software like Boot Camp or Parallels to create a virtual Windows environment.

While playing Star Wars Battlefront 2 on a Mac may not provide you the same level of experience as playing the game on a Windows PC, the workarounds listed below may get you as close as possible. If you’d like to learn more about each of them, please continue reading.

How to play Star Wars Battlefront 2 on Mac

There is no ideal solution since Star Wars Battlefront 2 has no native Mac OS version and there are drawbacks and advantages in each of the methods that you will see below. The solutions you’re about to read, however, may offer you varied gaming experiences depending on the model and hardware specifications of your Mac machine, as well as the quality of your Internet connection. Therefore, you should thoroughly research each method’s instructions before deciding which one to use.

How to Get Star Wars Battlefront 2 on Mac?

To get Star Wars Battlefront 2 all you need is to purchase the game (Steam version).

Now you will need to register for Boosteroid. This allows you to add Star Wars Battlefront 2 to their Cloud Gaming Library. Once uploaded you can seamlessly play the game from your Mac, TV, or Mobile Device.

Mac users will first need to download and install Windows before they can download and play Star Wars Battlefront 2. It is possible to run Windows on a Mac using Boot Camp and Parallels, which are two popular software solutions for Windows virtualization.

A note that we need to mention here is that, for Intel-based Macs, Boot Camp is the recommended software to use, while for Macs with M1 CPUs, Parallels is the ideal program.

The steps below explain in brief the Windows setup on Mac via these two programs, but if you need more detailed instruction, you can also check out the links to the manual guides provided below.

It is possible to play Star Wars Battlefront 2 on a Mac M1 in two different ways. The easiest and the fastest one is through cloud gaming via Boosteroid or GeForce Now service. Cloud gaming allows for live-streaming of games directly on your Mac M1 machine without any need for a game download or installation.

A bit more elaborate method to play Star Wars Battlefront 2 is to create a virtual Windows environment on your Mac by using software called Parallels and then download the game on the Window partition. Whichever method you choose, keep in mind that there might be a difference in the performance of the game, but still, if you follow the instructions carefully, you should be able to play Star Wars Battlefront 2 on a Mac M1 without problems.