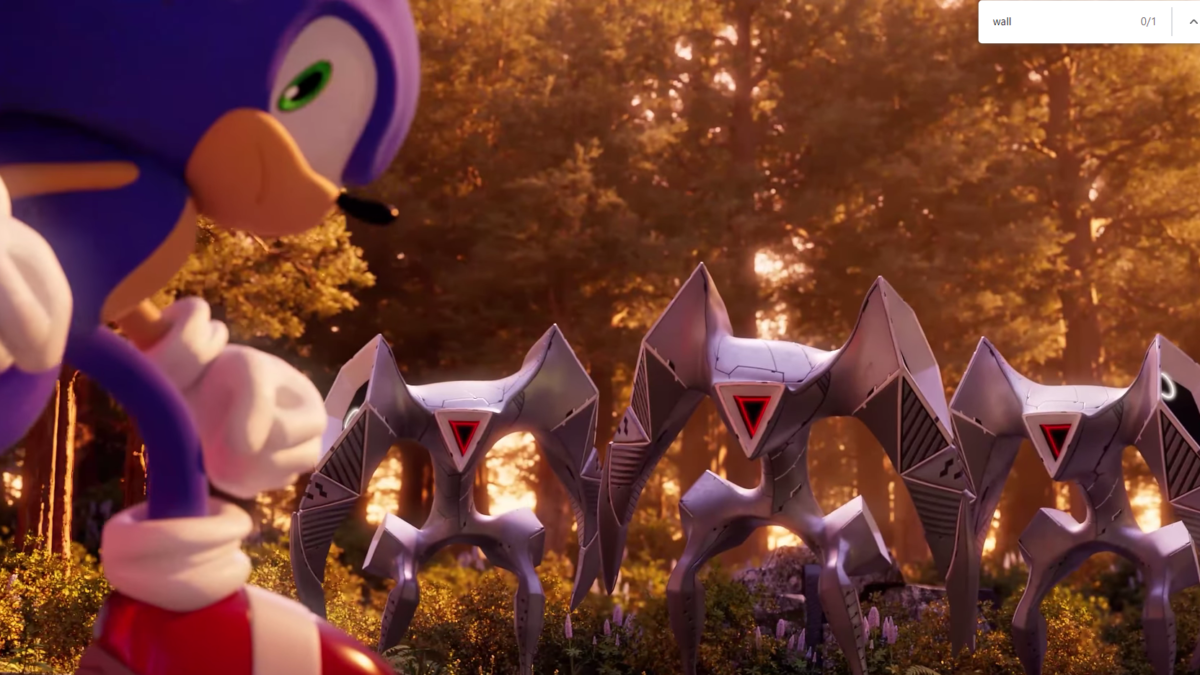 Sonic Frontiers is an action-adventure platform game developed by Sonic Team and published by Sega, where the player plays as Sonic the Hedgehog and explores the mysterious open world of Starfall Islands. Throughout the game, Sonic must overcome different obstacles, collect the Chaos Emeralds, defeat the robotic foes that are inhabiting the islands, and reunite with his friends after falling through a wormhole.

In Sonic Frontiers, the iconic hedgehog retains his trademark attack capabilities, like fast running, ring collecting, grinding on rails, and homing in on his enemies. He can also double jump, sidestep, drop dash, and boost with the right trigger.

A new skill that has been added to the gameplay allows Sonic to interact with objects by circling them in a ring of light with the Cyloop (a special technique where Sonic creates an updraft by circling around a target). The Cyloop can also be used for creating certain shapes that give Sonic temporary features. For example, if he draws an “infinity” shape, his speed goes up indefinitely for a certain amount of time.

Another new feature allows Sonic to boost much faster and gain a blue aura after collecting 400 rings. Players can fine-tune Sonic’s controls and modify his acceleration, resistance, and speed as the game progresses.

The Starfall Islands are the first open world in the series. Traditional Sonic features like springs, boost pads, and grind rails are all present in the free-roaming environment.

The player completes platforming challenges to explore different sections of the map. He also has to solve puzzles to collect items such as Kocos (which strengthen Sonic’s skills) and Memory Tokens (which allow him to rescue his friends).

Completing the main mission can be done in approximately 20–30 hours, while finding all of the collectibles may take up to 60 hours of gameplay.

Combat takes place in a wide variety of locations throughout the islands. Sonic has evasive and defensive abilities and has to fight against robotic creatures and huge Titans. He can use the Cyloop to weaken his foes and make them easier to attack.

When the player reaches a certain level in the game, they are rewarded with experience points that may be used to unlock new skills. Players face off against standard, smaller foes as well as large bosses, some of which require them to collect more experience points before they can strike.

Defeating bosses rewards players with pieces of a portal that gives access to “Cyber Space”, a series of short, linear levels similar to those seen in previous Sonic games. These linear levels, which switch between third-person and side-scrolling perspectives, have several objectives, such as a time-limited attack and the collection of red rings. Some of them feature unique minigames that reward the player with a key that leads to a Chaos Emerald. In order to fight the game’s major bosses, the player must collect all the Chaos Emeralds and turn into Super Sonic.

The design of Sonic Frontiers is largely about wide, open areas. The high screen resolutions give players the unique experience of racing around the open world at ultra fast speed, while still keeping an eye on their surroundings without risking a collision with anything.

The game’s soundtrack is focused more on trying to create a mystery mood around the islands than being upbeat and cheery. The official album, Stillness and Motion, consists of 150 tracks and is the longest soundtrack in the series.

Can you play Sonic Frontiers on Mac?

Sonic Frontiers is not officially supported on Mac, but there are some workarounds you can use to play the game on your Mac, which we will share with you in the next lines.

Without further delay, Sonic Frontiers can be played via Boosteroid (a trusted cloud gaming platform) or after you install Windows on your Mac OS with the help of a trusted Windows virtualization tool.

Boosteroid allows you to stream Sonic Frontiers in your browser as soon as you subscribe to their service. You don’t need to install the game or any additional software on your machine.

If you don’t like cloud gaming and you haven’t installed Windows OS on a Mac before, our recommendation is to use either Parallels or Boot Camp Assistant to install Windows and play Sonic Frontiers on your Mac. Below you will find detailed instructions on how to deal with these two programs, as well as links to more detailed guides.

Sonic Frontiers cannot be downloaded directly on a Mac because the game has no official Mac OS support. However, if a Windows virtual machine has been set up on your Mac, you can download Sonic Frontiers via Steam and play it in the Windows environment.

Please be aware that if you opt for Parallels or Boot Camp Assistant, your Mac must have enough space in the hard drive and must meet the system requirements given by the game developer before you can play Sonic Frontiers.

The advantage of creating a Windows environment inside your Mac is that it eliminates the possibility of a poor gaming experience due to a slow Internet connection, which is the case with many cloud gaming solutions.

Also, please note that we recommend using Parallels for both, Macs with Intel processors and Macs with M1 chips but if you want to use Boot Camp Assistant, you can do so only on your Intel-based machine.

How to play Sonic Frontiers on Mac

If you have a Boosteroid subscription or you have a Windows installed on your Mac through Parallels or Bootcamp, you can play Sonic Frontiers in the cloud or locally.

How to get Sonic Frontiers on Mac

You can get Sonic Frontiers on Mac by purchasing it on Steam. Then, you can download it on your Mac after installing Windows with Parallels or Boot Camp Assistant.

How to play Sonic Frontiers on Mac M1

If you have a Mac M1 and you want to play Sonic Frontiers, you can either stream the game with Boosteroid or use the virtualization software Parallels to run the Windows version of the game on your machine.

Once everything is set up, you can start the game in your browser from the cloud or go to Steam, install a Steam client on the Windows VM, purchase Sonic Frontiers from the Store and then install it to enjoy the game.

Below you will find step-by-step instructions that explain the Boosteroid activation process in detail:

If you need a more detailed explanation of Parallels, check out our Full Parallels Guide.