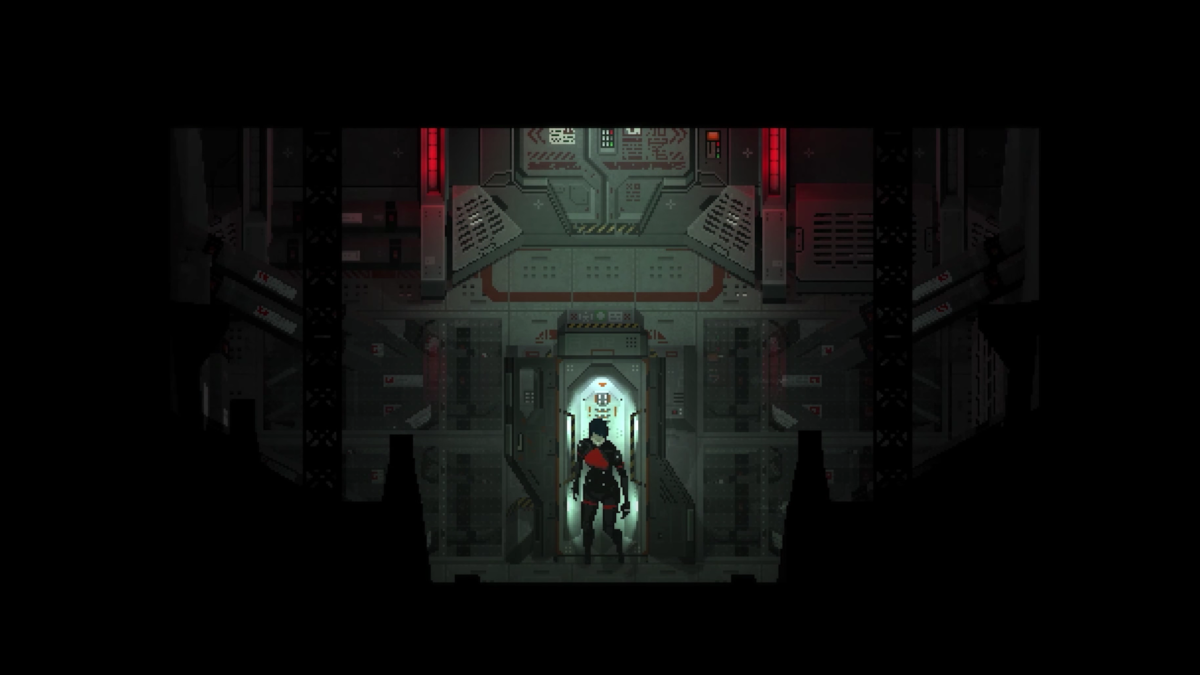 Signalis, (also written as SIGNALIS) is a survival horror game with action-adventure elements. The game revolves around a totalitarian government, known as the Nation, that rules over most of the solar system. To manage its many colonies, the Nation uses a cybernetic workforce composed of two classes, known as Gestalt (in charge of administration and leadership) and Replika (responsible for manual labor).

Players control Elster (LSTR), a technician Replika, that is searching for her lost Gestalt partner after the shuttle they were aboard crashes. She enters a mining complex and discovers that most of the workers have gone mad. That forces her to traverse through dangerous locations in order to find out what happened.

The game is a futuristic take on the survival horror genre. The player must solve a cosmic mystery, scavenge through a secret government facility, and try to avoid terrifying creatures. The core gameplay has third-person shooter elements with some puzzle components sprinkled in. The difficulty of the play is increased by resource management factors.

Players can feel the chill of horror as they carefully manage limited supplies, get lost in the halls of a derelict spaceship, investigate the fate of the inhabitants who lived there, and look for answers.

The game can be praised for its dim atmosphere, its cinematic sci-fi anime storytelling, its fully animated 3D characters, its dynamic lighting and shadows, and its complex transparency effects.

Can you play Signalis on Mac?

While Signalis does not have official support for Mac OS, the game can be played on Mac with a bit of tweaking. If you want to play games that aren’t Mac-friendly, the easiest solution is to subscribe to a cloud gaming service. Regrettably, Signalis isn’t playable on most popular cloud gaming services right now. That’s why, to play Signalis on Mac, you’ll need to install Windows and launch it locally.

You can play games like Signalis that weren’t originally designed for Mac on a Mac if you have third-party software like Parallels or Boot Camp Assistant.

To download Signalis on a Mac, you’ll need a Windows virtual machine because the game does not have a native Mac OS version that can be downloaded and played directly.

If you have an Intel-based Mac, you can use Boot Camp Assistant or Parallels to create a Windows environment and get the Windows version of Signalis installed on it.

If you have a Mac with an M1 CPU and want to play the game, you can do so by installing the Parallels software and creating a Windows virtual machine with it.

These are two viable options for playing Windows PC games on a Mac. Parallels works flawlessly on both Intel and M1 Macs, however, Apple’s Boot Camp can only be used on Intel-based Macs.

How to play Signalis on Mac?

You can play Signalis on Mac by installing Windows on your Mac via Parallels or Boot Camp Assistant.

First, however, you will need to purchase the game from Steam.

How to play Signalis on Mac M1?

Signalis can be played on a Mac M1 with a Windows Virtual Machine. To play Windows games on a Mac M1, all you need is a professional application like Parallels, which does not require any special skills to use and makes creating a Windows virtual machine a simple task. After setting up Windows on your Mac M1 with Parallels, you can play Signalis and other Windows games on the virtual machine as if it were on a PC.

Play Signalis on Mac with Parallels

You can play Signalis on Mac (M1 and Intel models) by installing Windows on your Mac with Parallels. Read our detailed guide.

How to Play Signalis with Parallels

You can play Signalis on Mac (Intel models only) by installing Windows on your Mac with Boot Camp Assistant. Read our detailed guide.

How to Play Signalis with Boot Camp
Mac How To, reviews