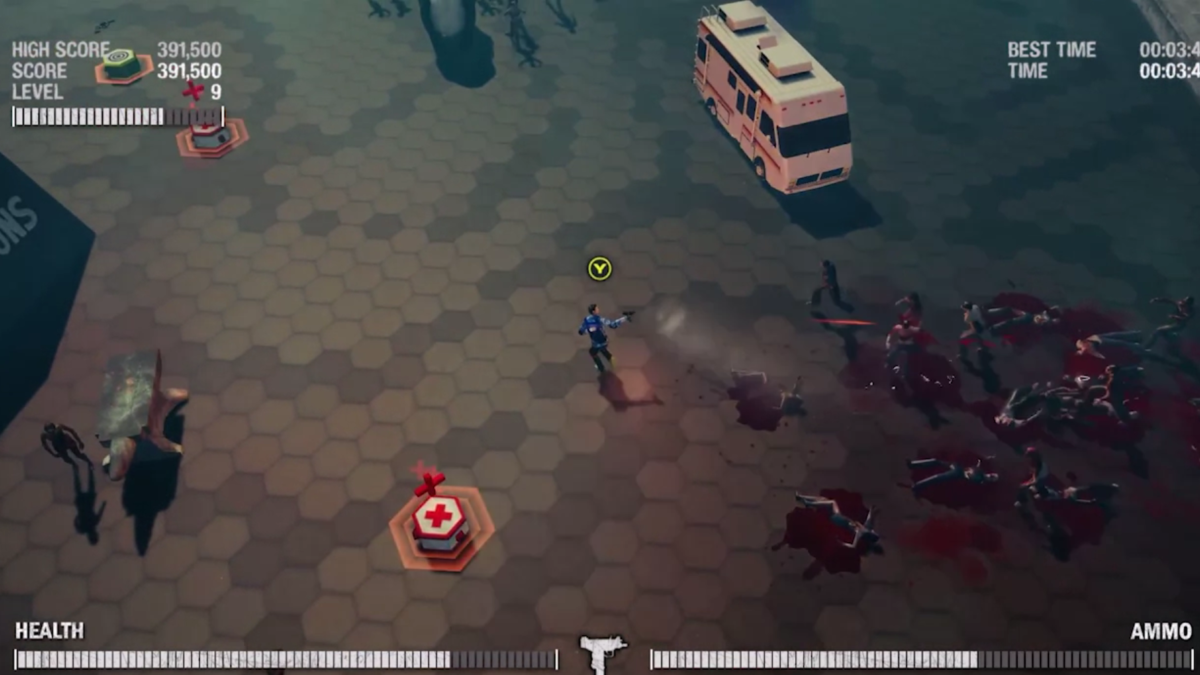 Shatterline is a free-to-play arena first-person shooter that has various types of player-versus-player modes and a roguelike co-op.

The game is about the invasion of Earth by a semi-intelligent alien entity and the battles that the remaining survivors must fight against it.

There are four classes, each with two playable characters, and a wide selection of skins, accessories, and more. Players take control of one of eight playable operatives and get their pick of 25 weapons, which may be modified with a variety of attachments.

The gameplay is fast-paced with great graphics and exciting gunplay. There are 4 different PvP modes (Team Deathmatch, Conquest, Plant the Bomb, and Escort) and 1 primary PvE mode (Expedition). There is also some extra PvP and PvE content that changes on a frequent basis. Shooting is enjoyable, and the PVE mode is surprisingly engaging.

There are loot boxes, but you can’t purchase them. Currently, playing is the only way to unlock them. The premium battle pass is generous. If you complete it, you get your money back plus a ton of extra features, mods, customizations, and credits.

In terms of design, Shatterline has good visuals and the action looks smooth and natural. The game features interesting battle concepts that encourage experimentation.

Can you play Shatterline on Mac?

Shatterline does not have a Mac-supported version, but you can play the game on a Mac with the help of some workarounds. Signing up for a cloud gaming service is the easiest way to play games that aren’t supported on your Mac. To your luck, Shatterline can be found in the library of a popular cloud gaming platform called Boosteroid. To play the game with Boosteroid, all you need is a web browser and a username, and a subscription to the streaming service.

If you want to play Shatterline on a Mac but don’t like game streaming, you can install Windows on your Mac machine and play the Windows version of the game locally.

Programs like Parallels and Boot Camp Assistant can install Windows on a Mac in a couple of minutes and make playing Shatterline and other non-supported games easy and convenient.

Mac users can download Shatterline and play it on their machine by downloading a Windows emulator program and running the game in the Windows environment.

Shatterline can be played on a Mac with an Intel processor if Windows is installed with Boot Camp Assistant or Parallels.

The game can be played on a Mac M1 by creating a virtual Windows machine using Parallels.

Both apps make it possible to run Windows games on a Mac as if they were running on a Windows PC. But Boot Camp only works with Intel Macs. Parallels, on the other hand, can run on both Intel and M1 processors without any problems.

How to Play Shatterline on Mac

You can play Shatterline on Mac via cloud gaming options like Boosteroid or install a Windows on your Mac via Parallels or Boot Camp Assistant.

How to play Shatterline on Mac M1?

Shatterline can be played on a Mac M1 by streaming it via Boosteroid or by installing a Windows virtual computer. Parallels is a professional application that makes running Windows applications in a Mac environment easy by creating a Windows virtual machine. Using it on a Mac M1 is simple, and once Windows is installed, all that’s left to do is download Shatterline from the game store and run it.

Play Shatterline on Mac with Boosteroid

You can play Shatterline on Mac (M1 and Intel models) with Boosteroid. Read our detailed guide.

How to Play Shatterline with Boosteroid

Play Shatterline on Mac with Parallels

You can play Shatterline on Mac (M1 and Intel models) by installing Windows on your Mac with Parallels. Read our detailed guide.

How to Play Shatterline with Parallels

You can play Shatterline on Mac (Intel models only) by installing Windows on your Mac with Boot Camp Assistant. Read our detailed guide.

How to Play Shatterline with Boot Camp
Mac How To, reviews