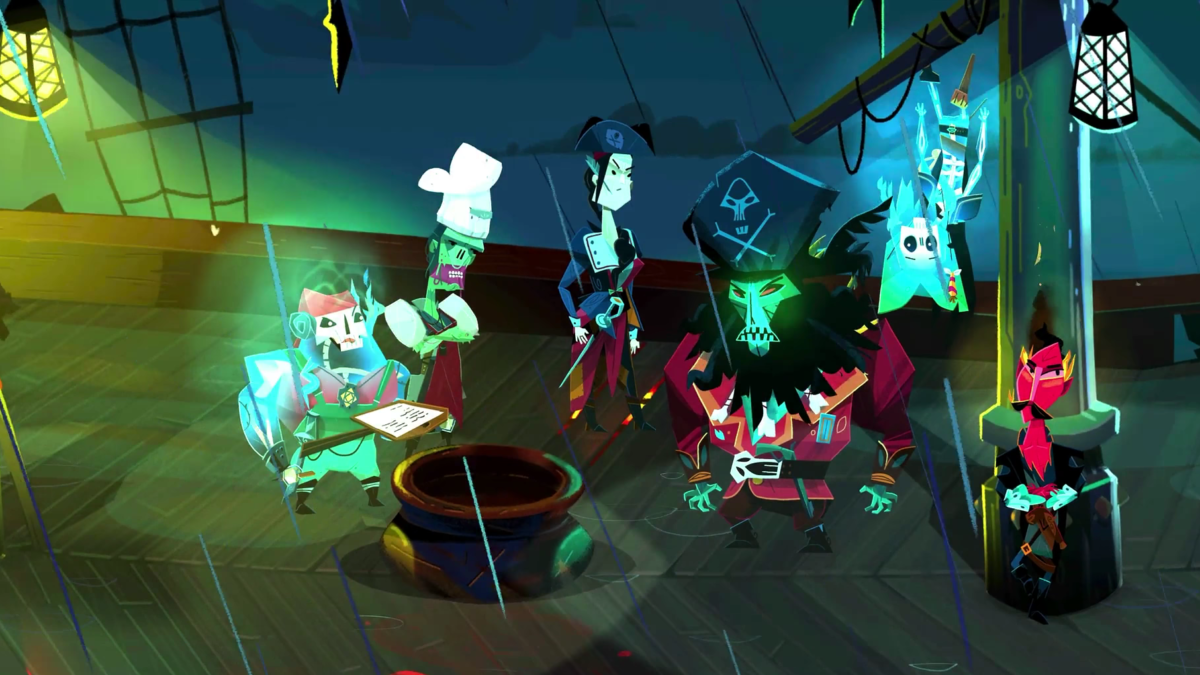 Return to Monkey Island on Mac

Return to Monkey Island is a single-player point-and-click adventure game, the sixth installment of the popular Monkey Island series.

The player controls a character named Guybrush Threepwood, who is pirating around the seas and exploring different islands on the way. The goal of the game is to resolve puzzles related to the storyline. The player does that by going to different places, chatting with NPCs and obtaining information from them, searching for collectibles, and applying the collected tools at the right moment.

Like its predecessors, Return to Monkey Island takes place on fictional islands in the Caribbean during the Golden Age of Piracy. The main story follows Guybrush and his search for the Monkey Island Secret.

Along the voyage, Guybrush visits many recognizable places from previous games in the series, including Mêlée Island and Monkey Island. He also goes to places that have never been explored before, like the scary Terror Island, and a few other locations full of secrets and dangers.

Several of the iconic characters from previous Monkey Island games make an appearance in this game, but you’ll also meet some brand-new faces.

The game’s UI is different from that of earlier Monkey Island titles. Helpful tooltips have been added to the gameplay. For instance, now when the user moves the cursor over a hotspot on the screen, a word appears to indicate what action Guybrush needs to take. A drag-and-drop interface has been included in the inventory. It makes using and combining items easier than in previous games.

Complicated and rewarding puzzles are the backbone of every excellent point-and-click adventure, and Return to Monkey Island stays true to this. The puzzle designs and answers aren’t very innovative, but they are challenging enough to make you wonder how you can work them out on your own.

A hint system has been added to the game, intended to guide players through the story and help them solve the puzzles. People who are new to the game can now launch a simplified “Casual mode” which offers lower difficulty settings.

The new To-Do List is a welcome addition that is useful for keeping track of everything you’re trying to tackle during the game.

The visual aesthetic is different from what we’ve seen in the series so far. Return to Monkey Island’s design resembles that of a picture book, which works well with the game’s main theme. The intro music immediately takes you into a fantasy world and sets the mood for a Caribbean adventure.

If you are a fan of the series, you’ll have hours of fun with Guybrush’s encounters, the responsive dialogues, and the straightforward inventory system.

How to Play Return to Monkey Island on Mac

You can play Return to Monkey Island on Mac by installing Windows on your Mac via Parallels or Boot Camp Assistant.

Play Return to Monkey Island on Mac with Parallels

You can play Return to Monkey Island on Mac (M1 and Intel models) by installing Windows on your Mac with Parallels. Read our detailed guide.

Return to Monkey Island on Mac with Boot Camp Assistant

You can play Return to Monkey Island on Mac (Intel models only) by installing Windows on your Mac with Boot Camp Assistant. Read our detailed guide.

Play Return to Monkey Island with Boot Camp
Mac How To, reviews