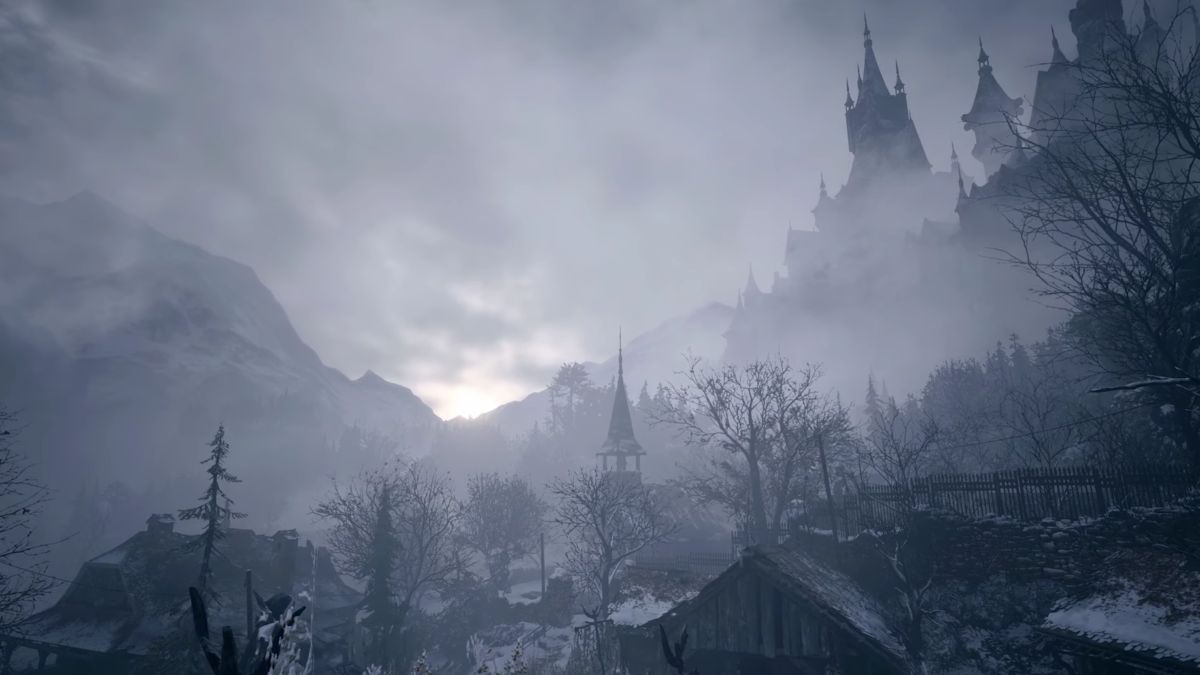 Resident Evil Village is a survival horror game that comes as a sequel to the seventh mainline entry in the Resident Evil series. The story of the game begins a few years after the tragic events of Resident Evil 7 Biohazard, with protagonist Ethan Winters and his wife Mia settling down in a new place and trying to put the past behind them. Again, misfortune strikes just as they begin to create a life together. Mia is brutally killed and their baby daughter Rosemary is kidnapped to a mysterious European village.

Players take control of Ethan, as he explores the village, populated by mutant monsters in a search for his daughter. To survive, Ethan has to scavenge for supplies and carefully manage his resources, much like in earlier Resident Evil games. Although the game retains the strategy elements of the original series, Resident Evil Village upgrades the gameplay to a more action-packed one by increasing the number of enemies and placing more focus on battle. So, if you have an itch for action-heavy survival-horror, then this game will scratch it like a fistful.

The player is immersed in the Resident Evil Village setting from the first-person viewpoint. The whole action takes place in a wide and immersive world set in a cold Eastern European village full of dangers to explore. Some of the buildings and other structures in the main settlement may be scaled and used as platforms from which to launch attacks. Compared to Biohazard, this game has a greater emphasis on action, and Ethan Winters’ rich set of combat skills gives him an advantage in fighting.

The Lycans, the game’s main enemies, are not just fast and smart, they can also use weapons and attack in packs, making the player reevaluate whether to use the game’s limited ammo, resort to physical fighting, or simply flee away.

The Duke is the main merchant in the game that sells food, weapons, and other stuff to the players. The Duke will gladly prepare dishes out of whatever catch the players bring in from a hunt. Eating side dishes allows the player to gain some advantages such as to reduce the damage taken while blocking enemies. The Duke may be offered treasures and collectibles that can be found around the village in exchange for in-game currency.

Within the first hour of Resident Evil Village, you’ll be thrown into a seemingly unending wave of attackers. Given the game’s increased focus on action, however, your options in fighting are significantly expanded. You can cut off the way for your foes by blocking their entry points, or you can block your own escape route by closing an exit they may use.

As long as you have the resources, you can make your own ammunition, and shoot commonplace items like explosives canisters or sacks of grain to either kill or distract your pursuers. You’ll feel like you’re up against an army in every battle, despite the fact that the AI your enemies use is quite simplistic and they mostly just lumber straight at you.

The game’s highlight is unquestionably the Castle Dimitrescu, and although the other sites you may explore are somewhat fascinating, they still can’t come any close to the initial impression and the dangers of the castle. The gunplay is enjoyable, and the cycle of collecting resources and solving puzzles is interesting right up to the end of Resident Evil Village. So, if you are into action-packed survival horror, Resident Evil Village has a lot to offer you and comes with its fair share of good scares.

When Does Resident Evil Village Come To Mac?

The announcement that Resident Evil Village is coming to the Apple environment has piqued the interest of many Mac players. Unfortunately, no specific date has been set as of yet, but the creators have promised that you will be able to play their terrifying masterpiece sometime in late 2022. If you’re wanting to join in on Ethan Winter’s next journey, the most recent Mac laptops will be your best bet for navigating the beautiful environment that the developer Capcom has created.

Can you play Resident Evil Village on Mac?

There is currently no official Resident Evil Village game version for Mac OS, thus players will have to resort to hacks in order to enjoy the game on their Mac machine.

Boosteroid, a cloud gaming service that offers the game in their library, allows Mac users to play Resident Evil Village without having to worry about installing or configuring any software. But if you want to download the game and play it on your Mac without having to rely on your internet connection, you’ll need a specialized software like Boot Camp or Parallels to run the Windows version of Resident Evil Village on your Mac.

We’ve described several methods to play below, so you can get as close as possible to the PC gameplay experience of Resident Evil Village while playing it on your Mac.

How to play Resident Evil Village on Mac

Each of the methods shown here has its own set of pros and cons which you can see in the table. If you’re using a Mac and have a decent Internet connection, you may be able to have a smooth gaming experience with Boosteroid. Alternatively, you may turn to creating a Windows environment on your Mac with the virtualization tools described below.

How to Get Resident Evil Village on Mac?

To get Resident Evil Village you need to purchase the game from the Steam store.

Now you will need to register for Boosteroid. This allows you to add Resident Evil Village to their Cloud Gaming Library. Once uploaded you can seamlessly play the game from your Mac, TV, or Mobile Device.

To download and play Resident Evil Village on a Mac, you’ll need to create a virtual Windows environment first, which can be done with the help of a virtualization program like Boot Camp or Parallels.

The following instructions provide a quick overview of how to install Windows on a Mac using these two programs but for more details, please see the detailed installation instructions available in the links below.

There are two methods available to play Resident Evil Village on a Mac M1. If you’re looking for the fastest and most convenient way to play video games, look no further and go for a cloud service like Boosteroid. With cloud gaming, you can play games on your Mac M1 through live-streaming, without downloading and installing them.

To play Resident Evil Village on your Mac M1, you may also use the program Parallels to set up a virtual Windows environment, after which you can install the game on the Windows drive. While the performance of Resident Evil Village may be compromised a bit depending on the method you select, it is still possible to play the game and have fun with it on a Mac M1 if you follow the steps above.