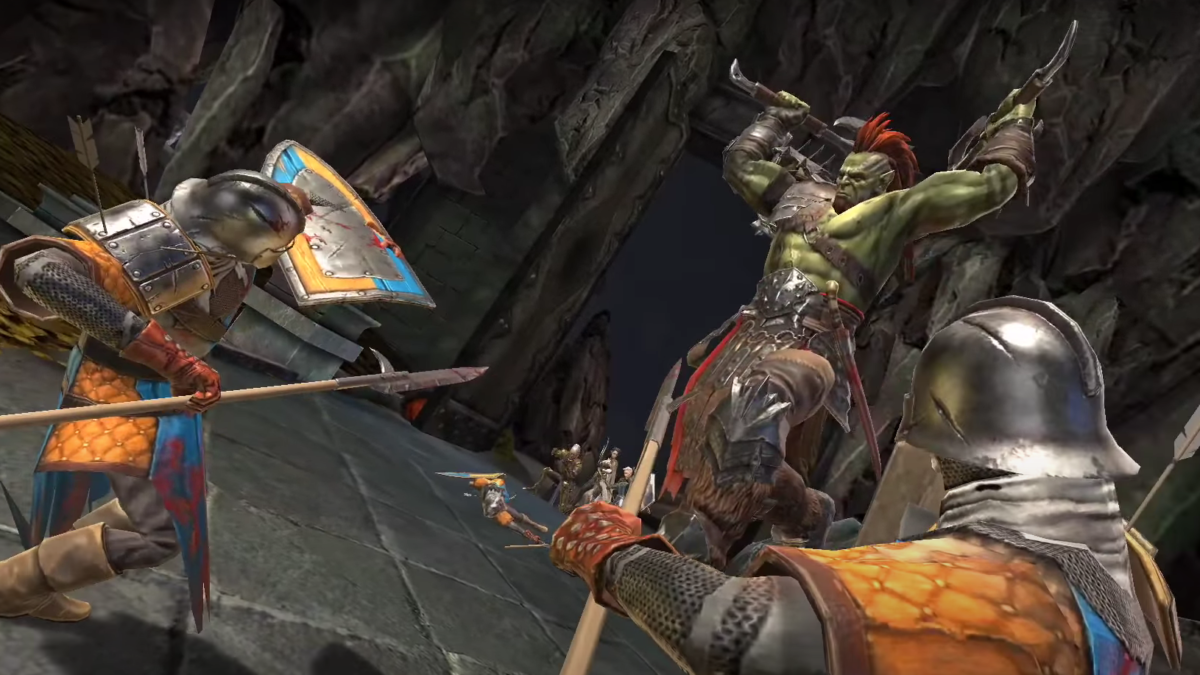 Raid: Shadow Legends is a turn-based RPG gacha (a video game that implements toy vending machine mechanics) game with a focus on collecting and upgrading characters.

The game’s plot unfolds in a fantasy world called Teleria, where the evil Lord Siroth has ruled for some time. The player controls a legendary Telerian warrior who has been revived to conquer the evil Lord and restore order to the land.

Players will need to gather an army while passing through castles, dungeons, deserts, and temples where enemies and potential allies can hide.

For the duration of the game, players will collect Shards, which are containers for the souls of fallen warriors. There are four types of shards, each with its unique properties.

There are two currencies in the game: Silver, which is plentiful, and Gems, which are very rare to find. You’ll spend a fair amount of time gaining currencies, however, you can’t advance in any of the campaigns or dungeon stages without Energy. Therefore, you need to be careful not to waste it and learn how to conserve it very early in the game.

Twelve levels make up the story-driven single-player campaign. In each level, there are four types of difficulty settings and seven stages.

The Arena, a multiplayer mode, is used to determine the overall rankings of players. Joining a Clan allows players to work together to take on a common foe and earn more powers and rewards.

The visual quality of Raid: Shadow Legends cannot go unnoticed. The characters are beautifully designed and animated. The anime-style aesthetics have been traded for a more realistic, dark fantasy appearance.

As you play, you will enjoy great attack animations, as well as sound and environmental effects, some of which can rarely be seen in other games in this genre.

Progress can be challenging if you don’t intend on spending any real money on the numerous improvements. However, beginners have a generous gameplay experience because they are given access to a number of features right from the start.

Players that enjoy fantasy combat with a more realistic approach will likely have a good time with Raid: Shadow Legends and everything that the game offers.

How to Play Raid: Shadow Legends on Mac

You can play Raid: Shadow Legends on Mac via cloud gaming options like Boosteroid or install a Windows on your Mac via Parallels or Boot Camp Assistant.

First, get e free copy of the game.

You can play Raid: Shadow Legends on Mac (M1 and Intel models) with Boosteroid. Read our detailed guide.

You can play Raid: Shadow Legends on Mac (M1 and Intel models) by installing Windows on your Mac with Parallels. Read our detailed guide.

You can play Raid: Shadow Legends on Mac (Intel models only) by installing Windows on your Mac with Boot Camp Assistant. Read our detailed guide.

Cult of the Lamb (Mac)