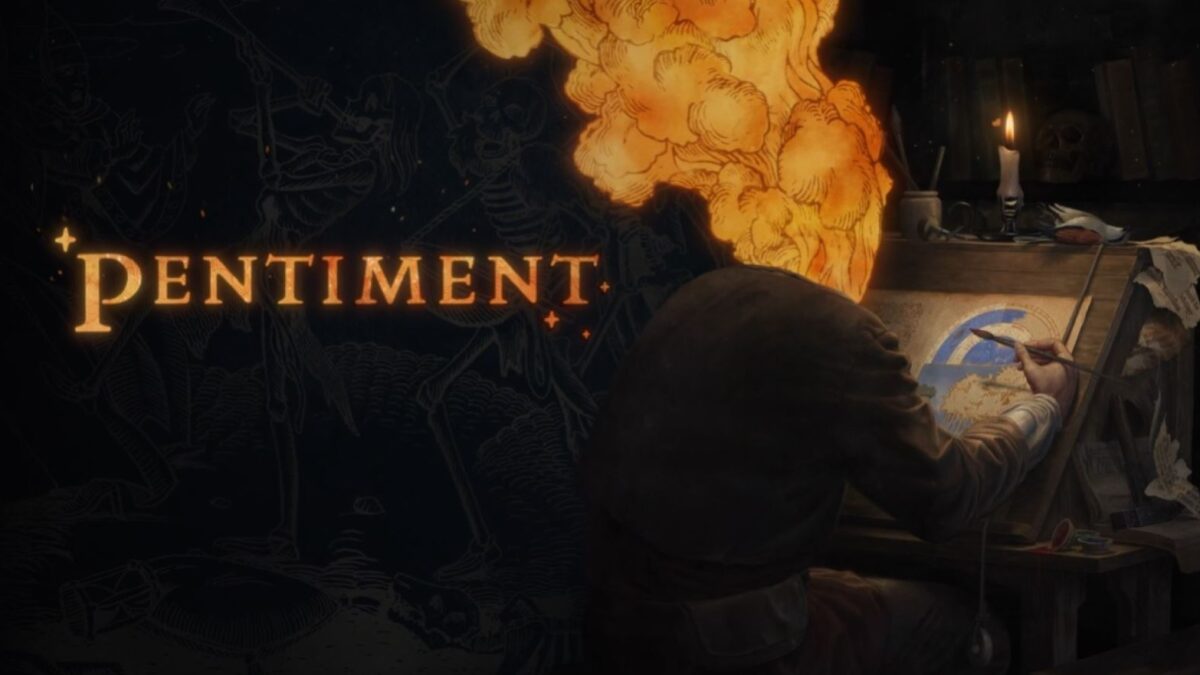 Pentiment is a medieval point-and-click adventure game that you can play on Mac using a cloud gaming service like Boosteroid or by installing Windows on your Mac. You can’t play Pentiment on Mac natively as the game isn’t officially supported for macOS.

Pentiment is a specific type of game where you won’t get to solve complex puzzles, engage in action-fueled combat, or struggle to survive inhospitable environments. Instead, this is a game about exploring a medieval town, getting to know its denizens, learning their secrets, and solving a murder mystery, all the while observing the consequences of the choices you make as you progress the game’s plot.

As such, Pentiment is a game that encourages you to take your time and immerse yourself in the stories that the townsfolk have to share with you, as this will be your main mode of gathering useful information to help you unveil the town’s underlying mysteries.

Ironically, as much as the game wants you to take your time, it also imposes a time limit on you that forces you to be very selective about what to do next, as choosing to go to a certain place, talk to a given person, or perform a given task will often prevent you from going elsewhere and doing something else, simply because time marches on and various events in the game unfold regardless of what you do. In other words, there’s only so much you can do in a given day in Pentiment, so you must choose wisely how to spend that day.

This mechanic alone, combined with the branching narrative structure of the game and its multiple endings, makes the Pentiment infinitely more interesting and lends it an incredible replay value. Completioninsts may not be happy with the fact that they’ll never be able to do everything there is to do in the game within a single playthrough, but on the flip side, this will encourage players to come back to the Pentiment and play it again, this time talking to different people, exploring different areas, picking different dialogue options, and seeing how the new choices they’ve made will affect the entire narrative.

And speaking of cause and effect, the game does a great job of showing you how your actions affect the world around you for better or for worse. Often, you’ll make a seemingly good decision only to see it bring about unpleasant unforeseen consequences down the road, that you’ll be forced to put up with for the rest of your playthrough.

Finally, let’s also not forget about the game’s presentation – from the gorgeous stylized art inspired by medieval manuscripts to the top-notch sound design, Pentiment truly manages to immerse you in its setting of a 1500s town with a murky past and an uncertain present.

If any of what’s been mentioned thus far seems like your type of thing, then we recommend checking out the following methods of playing this game on your Mac that circumvent the issue of it lacking macOS support.

Can you play Pentiment on Mac?

How to play Pentiment on Mac

Obviously, to try any of these methods, you must first purchase the game:

Once you own the game, check out the following table to get a better idea of each of the methods.

How to play Pentiment on Mac M1

How to Play Pentiment with Boosteroid Full Guide

How to Play Pentiment with Parallels Full Guide

To play Pentiment on Mac using Boot Camp, first, you’ll need a Windows 10 ISO file that can be downloaded from Microsoft. Open the file in Boot Camp Assistant, use it to install Windows in a new partition, and then download Pentiment on your Mac.

How to Play Pentiment with Boot Camp Full Guide
Mac How To, reviews