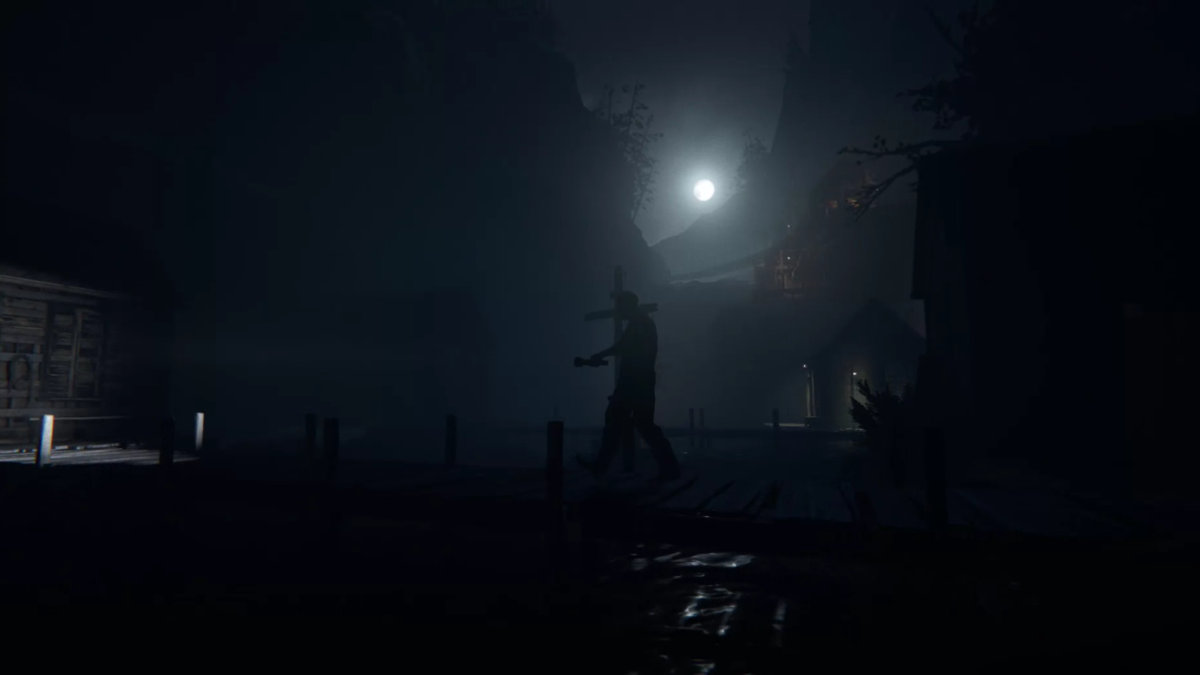 Outlast 2 is a psychological horror survival video game played from a first-person perspective. The game is a follow-up to the 2013 game Outlast but comes with a completely new story.

Players control a journalist called Blake Langermann, who, together with his wife, Lynn, is investigating the death of an unidentified pregnant woman in the Arizona desert. After a helicopter crash separates Blake and Lynn, he needs to make his way through a village populated by cult extremists in order to find her.

Langermann’s fighting abilities are limited only to predetermined cutscenes. In the majority of the game, he is forced to just flee and hide from the many hostile members of Temple Gate.

Much like in the original game, the character can walk, crouch, run, leap, slide, climb, and more, in order to avoid the enemies and the obstacles ahead.

He also has access to a wide variety of hiding places, including lockers, barrels, closets, beds, pools of water, tall grass, cornfields, and houses to avoid close encounters with enemies. The player must keep track of how long he runs before his stamina runs out and he starts moving slower.

With no weapons at hand, Langermann’s equipment consists of a camera with batteries that get drained fast. As useless as this may sound, the camera has some helpful high-tech features, such as night vision, crisp film, zoom, and a sensitive microphone that can be used to detect footsteps from a great distance and other sounds. The camera can also be used to help Blake relive moments from his past by recording certain areas and rewatching them later.

As you advance throughout the game, you’ll find medkits and extra batteries for your camera, which are spread around in different locations.

The Game’s vibe and ambiance

Wandering around gives you a distinct feeling of horror, with farms and buildings that look like they’ve been drenched in blood from all the violence that seems to be going on in them.

As you explore, you’ll come across different hints revealing more about your surroundings but ignoring them might be fatal. You’ll often find yourself switching between the real world and the camera in an attempt to figure out what is going on around you.

Enemies who want to kill you will appear at random, but instead of running away, you may choose to hide from them and save your stamina. The option to hide away is a plus, but the area’s openness and strange layout make it easy to get lost without realizing it. And when this happens, it won’t take you long to understand how important it is to leave as fast as you can.

Many times, you’ll find yourself barely escaping from enemies with your pulse hammering in your chest, only to find yourself in an equally horrible scenario minutes later.

The attackers will relentlessly follow you throughout the game. You’ll face two types of enemies: the ones who make their presence known and cause little damage, and those that have real personalities and really give you a nightmarish feeling.

The memory-revival component, as you begin to dive into the character’s past and start reliving events that will have an impact on the storyline, the religious connotations and the way they affect one’s soul, and the halls that breathe and bleed like they’re alive, will screw with your brain in unimaginable ways.

Outlast 2 is psychological horror at its finest. The game is visually stunning, the music and sound effects are terrifying, and the plot is intriguing, yet this sequel is different from the original in a lot of ways. It’s not often that a video game can make you sweat while sitting still in your chair, but it’s impressive that Outlast 2 can achieve that without any effort.

Can you play Outlast 2 on Mac?

You can play Outlast 2 on Max with a cloud gaming service like Boosteroid or GeForce Now in a matter of minutes. Outlast 2 can also be played on a Mac after installing Windows on the system with the help of either Boot Camp Assistant or Parallels.

Fans of Outlast 2 may be disappointed by the fact that the game is not available natively on Macs at this time. However, much like with many other games that aren’t officially supported on Mac, there are workarounds available. If you own a Mac and want to play Outlast 2, you can do so using one of the methods explained below.

How to play Outlast 2 on Mac

Playing Outlast 2 through a cloud gaming service won’t be identical to playing the game locally, but it still should be a pleasant experience so long as you have a fast and steady Internet connection. Below, you can learn how to play Outlast 2 on your Mac and read about the advantages and disadvantages of the available set-up methods.

How to Get Outlast 2 on Mac:

First, you will need to purchase the game. A great deal at the moment can be found on the CDKeys website.

Now you will need to register for Boosteroid. This allows you to add Outlast 2 to their Cloud Gaming Library. Once uploaded you can seamlessly play the game from your Mac, TV, or Mobile Device.

Play Outlast 2 on Mac with Boosteroid

In order to download and play Outlast 2, you will need to have a Windows OS installed on your Mac. When it comes to installing Windows on a Mac, you have a couple of programs that can help you do that and Boot Camp Assistant and Parallels are among the best ones.

The Boot Camp Assistant tool from Apple may be used to create a separate partition on the hard drive for Windows, and the Parallels virtualization software can be used to make a Windows virtual machine on the same computer. Both of these apps come with their own set of benefits and drawbacks, and the outcomes you get can be different depending on the Mac you have. Users of Intel-based Macs should use Boot Camp Assistant, while those with M1 Macs are advised to use Parallels.

You can play Outlast 2 on your Mac M1 via cloud gaming services like Boosteroid or GeForce. If you use one of these options, the quality of your gaming experience will entirely depend on the speed and reliability of your Internet connection. The advantage of using cloud gaming is that you won’t have to download the game and take up physical space on your Mac.