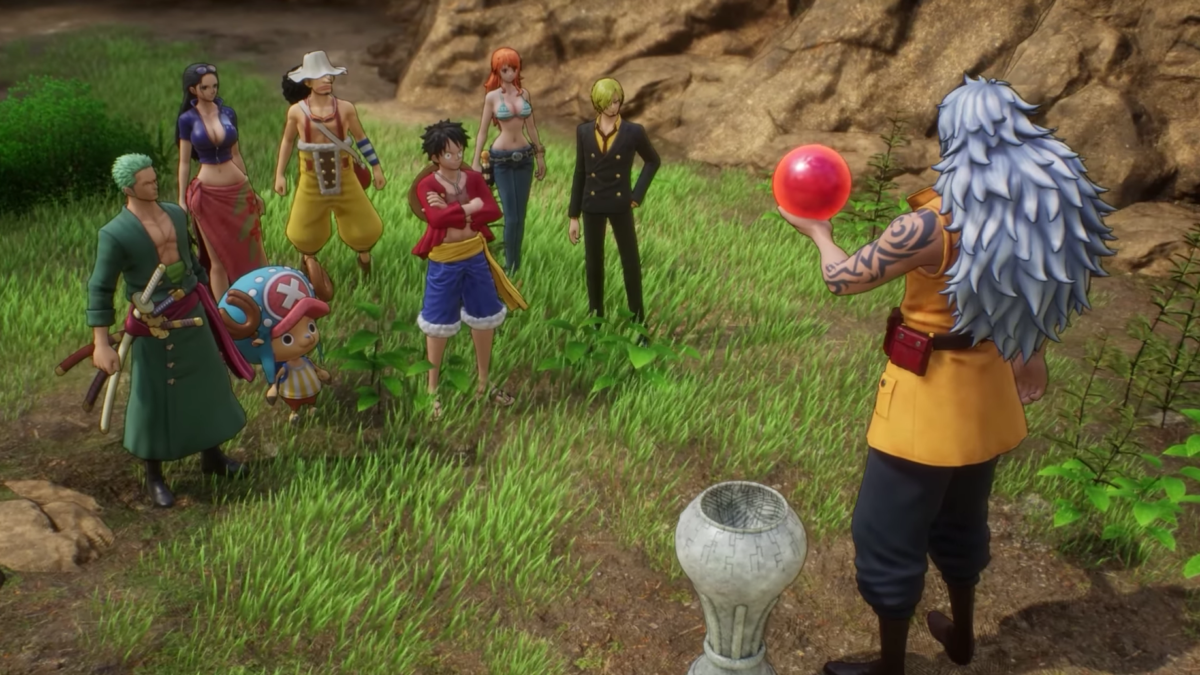 One Piece Odyssey on Mac

One Piece Odyssey is a Japanese-style role-playing video game inspired by the popular anime series One Piece. The game follows the adventures of the Straw Hat pirates, known from the series, who are shipwrecked on the island of Waford with no option but to face its perils.

Though One Piece Odyssey isn’t officially supported on macOS at the moment, in the following paragraphs, we’ll show you how to get it running on any Mac, including the M1 chip models.

Basically, playing games that are not made for Mac can be done with the help of a Windows emulation tool like Parallels or Boot Camp Assistant (for Intel Macs only). This is a workaround method which is a little more elaborate than playing games on the cloud but it makes it possible for One Piece Odyssey  to be installed and played locally on a Mac with the assistance of such software that simulates a Windows OS. If you stay with us, you can learn more about this method, as well as our brief review on the game and its highlights.

The plot revolves around captain Monkey D. Luffy and his Straw Hat crew (Nami, Zoro, Robin, Sanji, Chopper, Usopp, Brook, and Franky), who, after surviving the sinking of their ship, find themselves stranded on an exotic island teeming with wildlife.

The story gets even more interesting when the Straw Hat pirates find out that they have lost their powers, and the only way to regain them is to relive their past adventures. The characters embark on an exciting journey, full of dangerous enemies, and unusual interactions with island natives.

Newcomers to the game can discover interesting story twists and turns, while longtime fans of the series can enjoy reliving their favorite scenes from classic One Piece story arcs like Alabasta, Water Seven, Marineford, and Dressrosa.

Players in One Piece Odyssey can assume the roles of different members of the Straw Hat Crew. They navigate their character across an open world and dungeon environments. Each playable character has unique abilities and powers that can be used for exploration, looting, combat, and puzzle solving.

Combat is turn-based, and in each fight, your team of four chosen pirates will take turns using their unique abilities. There are plenty of healing abilities, status effects, and team attacks to select from.

After confronting an enemy, you’ll be sent to a battle screen where you’ll control your characters’ moves from a menu.

Battles take place in multiple areas. Players can strategically place their party members across these areas to counter the attacks of their opponents.

Some characters have unique long-ranged attacks that can strike other areas, as well as moves that can shove enemies. The combination of the many powers and unique abilities of each character gives room for some very exciting fights.

A “Dramatic Scene” feature shifts things in some of the battles by randomly placing the player into challenging circumstances, related to the characters’ traits, and rewarding them if they are able to overcome these circumstances. The members of the party gain experience points after each combat and advance in level when they accumulate a certain amount of points.

You’ll spend a great portion of your time in this game just exploring the locations you visit and dealing with hostile wildlife or competing pirates. There are plenty of collectible items, side quests, and hidden objects that can keep you busy when not battling. To discover them all, you will need to use the special skills of each character in your crew. The constant shifting between the characters as you go about collecting items might get on your nerves, though.

The game also gives players the option to craft different items and equipment from the collectibles and objects they find. For instance, they can prepare healing foods that can be taken into combat and are more effective than store-bought remedies. They can also prepare trick balls, which are bombs that can be used to do damage or inflict a status effect on an opponent. Later in the game, players can substantially boost the powers of their party members by fusing together their equipment.

True to the series it draws inspiration from, One Piece Odyssey is designed in an anime style. The designers have paid attention to the smaller details of the settings, as well as cinematic effects, such as angle shots and zooming. The characters have large eyes and the majority of the female characters have very tiny waists and embarrassingly huge chests.

The music complements the overall setting and is a work by Motoi Sakuraba, the composer of melodies for award-winning games like Dark Souls.

If you’re a true lover of One Piece, you have to check out One Piece Odyssey. It’s heartwarming to go back to the characters and settings of the series’ most memorable plotlines in a manner that’s neither rushed nor superficial.

Can you play One Piece Odyssey on Mac?

Despite the fact that One Piece Odyssey isn’t developed specifically for MacOS, the game can be played on a Mac. There are two professional programs that can help you do that by installing Windows emulation software on your macOS – Parallels or Boot Camp Assistant. You can learn more about them in the links at the end of this article.

How to Play One Piece Odyssey on Mac

You can play One Piece Odyssey on Mac after you install a Windows on your Mac via Parallels or Boot Camp Assistant.

First, however, make sure that you get the game from a trusted gaming store.

How to play One Piece Odyssey on Mac M1

You can play One Piece Odyssey on a Mac M1 after downloading and installing the game on a Windows virtual machine. The good news is that you can use Parallels to create a Windows Virtual Machine on your Mac machine and install the game there.

Boot Camp Assistant is not compatible with Apple Silicon chips, thus you will not be able to use it on a Mac M1.

Play One Piece Odyssey on Mac with Parallels

You can play One Piece Odyssey on Mac (M1 and Intel models) by installing Windows on your Mac with Parallels. Read our detailed guide.

How to Play One Piece Odyssey with Parallels

One Piece Odyssey on Mac with Boot Camp Assistant

You can play One Piece Odyssey on Mac (Intel models only) by installing Windows on your Mac with Boot Camp Assistant. Read our detailed guide.

How to Play One Piece Odyssey with Boot Camp
Mac How To, reviews

10 Questions to Ask When Buying a Macbook