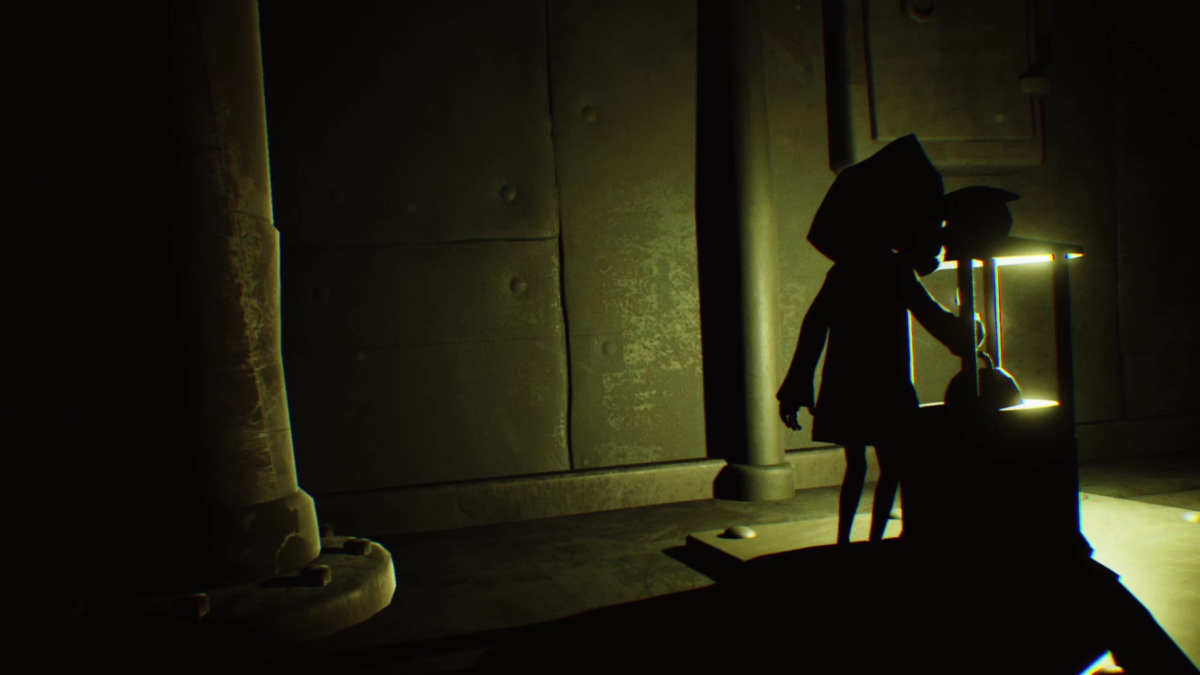 Little Nightmares is a horror-adventure game that includes a mix of puzzle elements. You play as Six, a little girl, who is imprisoned in the Maw and must use her problem-solving skills to free herself from there. The Maw is an underwater place full of dangers and terrifying monsters that would stop at nothing to kill you.

The game has no fighting, so, to complete all the levels, you need to make your way through the Maw by solving puzzles and avoiding enemies. The gameplay is often described as stealth-based, but we think that the general feeling as you play is more of a hide-and-seek game. Occasionally, you are provided with items that help you fight back against your foes.

The length of the game and the puzzles that you need to solve are nothing challenging. Your primary goal is to safely go from one room to the next as you make your way through the terrifying creatures and dangers.

In terms of abilities, the main character has a rather simple skillset. Through the course of the story, there are no new skills to acquire. Six can use a lighter to shed some light in dark rooms. She has the ability to pick up and throw objects, move things by pulling or pushing them, climb, run, or crawl when needed. With these abilities and a basic knack for solving puzzles, you can make it through the Maw in no more than a couple of hours. However, if you carefully explore every level, you’ll discover some optional and fun tasks to do, such as cuddling with gnomes, lighting lanterns, and more.

Little Nightmares makes up for its lack of length and gameplay complexity with a superb presentation. The game is certainly striking in terms of both its visuals and its soundtrack. If you look at the design of the levels or the creatures that inhabit them, you’ll see that each comes with its own terrifying look and dark setting. The music and sound effects build suspense when they need to and provide just the perfect amount of tension when danger is near. The small size of the player character is in stark contrast to the size of the objects in the world, shown in Little Nightmares, which adds up to the feeling of horror and helplessness.

This game may not feature direct scares, but it does have a gloomy atmosphere and makes you dread not only what is immediately in front of you, but also what lies ahead. The game’s aesthetic and sound design make up for its somewhat shallow gameplay. So, if you are looking for a good entry title in the horror-adventure genre, Little Nightmares is a good game to start with.

Can you play Little Nightmares on Mac?

Yes, you can play Little Nightmares on Mac. Although there is currently no officially supported macOS version of Little Nightmares that can be downloaded and played directly, thus players using Mac computers will need to resort to other solutions in order to play the game.

Using a cloud service like Boosteroid, which provides access to games from anywhere, is one option. With this service, Mac users may play games like Little Nightmares immediately, without the hassle of downloading and installing the game. You may also run the Windows version of Little Nightmares using a third-party program like Boot Camp or Parallels on a Mac.

In the following paragraphs, we’ll show you how to play Little Nightmares on a Mac and get a gameplay experience that’s as close to the PC release as possible.

How to play Little Nightmares on Mac

If you have a Mac and access to a cloud gaming service like Boosteroid, you can play Little Nightmares now. If you do not have access to a reliable internet connection capable of streaming the game, you may be able to play Little Nightmares by installing a Windows virtual machine on a Mac. The pros and cons of each of these methods are described for you in the table that you can below.

How to Get Little Nightmares on Mac?

To get Little Nightmares you need to purchase the game from the Steam store.

Now you will need to register for Boosteroid. This allows you to add Little Nightmares to their Cloud Gaming Library. Once uploaded you can seamlessly play the game from your Mac, TV, or Mobile Device.

Using the Boosteroid service, you may play Little Nightmares without having to download or install any additional software. Thanks to cloud streaming, you can forget about whether your Mac meets the game’s minimum system requirements or not. You also don’t have to worry about having enough storage space, and just get right into the action. A Boosteroid account, subscription, and a reliable internet connection are all that are required to play Little Nightmares and stream it on a Mac.

To be able to download and play Little Nightmares on a Mac, you will need to install an emulator such as Boot Camp or Parallels, which allows Windows to run on your Mac. This will allow you to play the game.

You may play Little Nightmares on a Mac M1 by either using a cloud service like Boosteroid or installing Windows on your computer using the program Parallels. If you choose the cloud-gaming option, you don’t need to download or install anything in order to play; all you need to do is sign up, and then you can play Little Nightmare and other games online. This makes cloud gaming the most time-saving alternative.

If playing games online in the cloud is not your thing and you would rather download Little Nightmares onto your own computer, you can do so by installing an application called Parallels on your Mac M1 computer. This will allow you to create a virtual Windows environment, in which you can then download the game and play it. Unfortunately, Little Nightmares is not available for Mac OS natively, but, if you adhere to the steps provided in the paragraphs above, you should be able to play it on a Mac M1.