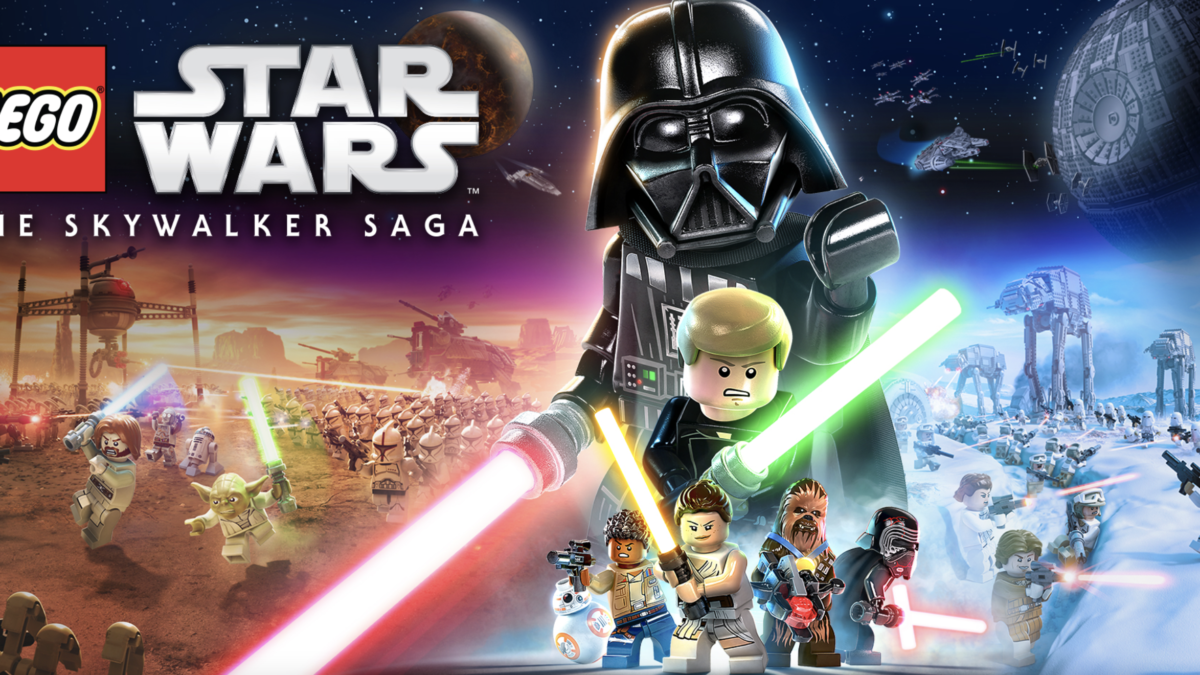 Lego Star Wars: The Skywalker Saga is the latest video game inspired by the beloved building bricks and the well-known Star Wars series. There have been quite a few previous Lego Star Wars games, based on different Star Wars films, but The Skywalker Saga covers all the main Star Wars movies (the three trilogies) and adds a ton of content and collectibles, resulting in a massive game full of fun, light-hearted content, but also one that’s faithful to its source material without taking itself too seriously. Unfortunately, if you are a Mac user who wants to have some fun playing Lego Star Wars: The Skywalker Saga, you won’t be able to natively run this game on your Mac, as it has no macOS version at the moment and will probably not get one in the foreseeable future. That said, there are still viable options for playing this game on Mac, that you can learn more about in the second half of this post. As for now, we wish to share with you our impressions of the game, so that you can get a better idea of whether you may like it yourself.

As we said in the intro, this game covers the story of all the nine main movies from the Star Wars saga – the original trilogy, the prequels, and the sequels. There have already been Lego Star Wars games on some of those films, but note that The Skywalker Saga doesn’t simply bring back the same missions and campaigns from previous games. Instead, it reimagines the events of the films and provides new missions, quests, and campaigns, so even if you’ve played one of the previous Lego Star Wars games, this won’t feel like you are playing those games all over again.

It is quite impressive how TT Games, the developers of The Skywalker Saga, have managed to include all nine main Star Wars movies and provide for each of them a lengthy and engaging campaign with tons of additional content and side quests. If you are a Star Wars fan and want to play through the events of the three trilogies, meet and play as your favorite characters, and visit and explore familiar places from each movie, all the while enjoying the light-hearted humor that the Lego video games are known for, this game would be just for you.

Gameplay for all ages

It should go without saying that a game based on a kid’s building blocks toy would be kid and family-friendly, not only with its themes and narrative but also with its gameplay. The developers of Lego Star Wars: The Skywalker Saga have obviously tried to make the gameplay and controls of the game accessible and comprehensive to all age groups. Naturally, this necessitates some concessions at the expense of more in-depth gameplay.

For example, the game does feature fun melee combat with some cool-looking combos, but it’s overall quite simplistic and unchallenging for an adult player. The same can be said about the gunplay/shooting combat. Something that was lacking in previous Lego Star Wars entries, that has been added into the Skywalker Saga, is the cover system, but that, too, is quite simplistic and doesn’t always function as well as it should. Undeniably, there have been gameplay improvements and the sheer fun factor of playing a Lego game has been brought to even higher levels with The Skywalker Saga, but if you are looking for any sort of deep, mechanically challenging, and competitive gameplay, this game is probably not for you.

The only objective issue that we take with the gameplay in Lego Star Wars: The Skywalker Saga is that the friendly AI-controller characters that are accompanying you are often border-line useless, as they rarely contribute to the combat and often just stand there doing next to nothing, while you are taking on all of the enemies on your own. This can potentially be explained by the fact that this game is optimized for co-op play, but it would have still been nice to make the friendly AI a bit more useful.

A galaxy far away

One cool thing about The Skywalker Saga is that it lets you free-roam throughout the different cities and planets that you visit while going through any of the campaigns. Unlike in previous Lego Star Wars games, here you have the opportunity to explore each place, take up side quests, and find a ton of hidden secrets, loot, and Easter eggs. The game is very expansive in that regard, often to the point of being overwhelming. There are just a ton of places to explore, and each of them feels large and full of stuff to discover. Now, it should be said that most of what you find will be collectibles that you don’t really need to beat the game, but if you are the type of player who likes going on treasure hunts in games, then The Skywalker Saga would be perfect for you. It has so much content that you can spend days, weeks, or even months playing it, and you will still probably not be at 100% completion.

On a related note, Lego Star Wars: The Skywalker Saga features a whopping 300+ playable characters throughout its nine campaigns, which further adds to the abundance of content, and also comes to show how much effort and passion has been put into making this game.

Lego Star Wars: The Skywalker Saga is a highly-ambitious game from developers who obviously care about the source material and the product that they deliver to their audiences. With a story mode covering the entire nine main Star Wars movies and an astonishing amount of extra content for treasure-hunters, this is a big game. And while its gameplay may not be the most complex or mechanically challenging, it nicely serves its purpose of making the game fun and relaxing, resulting in a gaming title perfect for playing with friends or with kids and having a great time.

Can you play Lego Star Wars: The Skywalker Saga on Mac?

Unfortunately for Mac users who want to be able to play this game on their computers, Lego Star Wars: The Skywalker Saga is not available for Mac systems. Despite this, there are several viable options that can allow you to enjoy the game on your Mac, and we will explain those methods in the next lines. Pick the method that you like the most, follow its instructions, and you should be able to play Lego Star Wars: The Skywalker Saga on your Mac, provided you already own the game.

How to play Lego Star Wars: The Skywalker Saga on Mac

The reason we recommend using cloud gaming is that it’s significantly easier to get everything ready for playing the game you want. With the other two methods (emulating/installing Windows), there are more steps that need to be completed before you could start playing, and both methods require quite a bit of storage space on the Mac. Therefore, we will first show you how to use Boosteroid to play Lego Star Wars: The Skywalker Saga on your Mac, and then we will also show you our instructions for the Parallels and the Boot Camp Assistant methods.

How to Get Lego Star Wars: The Skywalker Saga on Mac:

First, you will need to purchase the game. Limited time offer on CD.Keys.com for a discount – 40% Lego Star Wars: The Skywalker Saga for $29.49

Now you will need to register for Boosteroid. This allows you to add Lego Star Wars: The Skywalker Saga to their Cloud Gaming Library. Once uploaded you can seamlessly play the game from your Mac, TV, or Mobile Device.

How to play Lego Star Wars: The Skywalker Saga on Mac with Boosteroid

How to download Lego Star Wars: The Skywalker Saga on Mac

It is possible to get the game downloaded on your Mac and play it in this way instead of streaming it through Boosteroid, but to do that, you must first have Windows on your Mac, since the game is not available for macOS. There are two main ways of getting Windows on Mac – by installing it with the help of Apple’s proprietary Boot Camp Assistant app and by emulating it, using virtualization software such as Parallels. The two options are quite different and either could be the better variant depending on a number of factors. Without going into any more detail, it’s typically recommended that M1 Mac users opt for the Parallels variant and Intel Mac users go for the Boot Camp Assistant one. Below are two quick guides for the two methods, to get a general idea of how they are performed, followed by links to more in-depth instructions that we recommend you read if you want to perform the respective method.

Due to incompatibility between the Windows 10 OS and the architecture of the M1 chips, it’s not possible to use Boot Camp Assistant to install Windows 10 on an M1 Mac, so this method can’t be used to play Lego Star Wars: The Skywalker Saga on M1 Macs. However, you can still use the Boosteroid variant without any difference in performance, and the Parallels option may even give better on an M1 Mac compared to an Intel Mac.