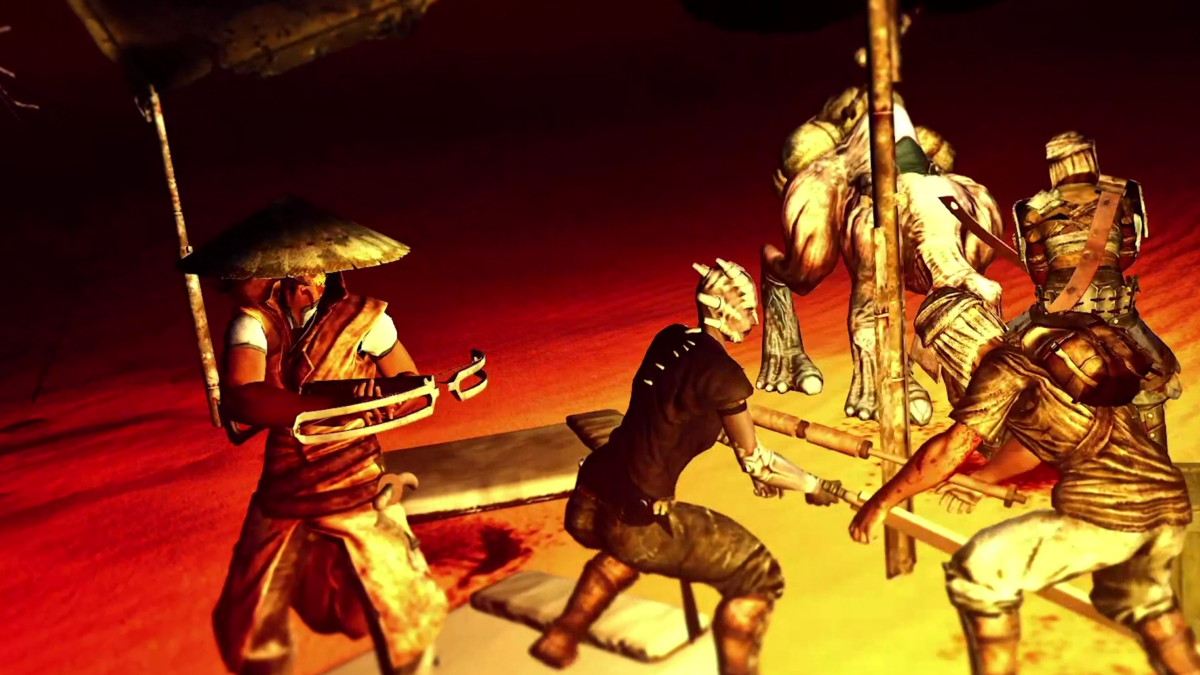 Kenshi is a sandbox-style role-playing video game that focuses more on letting players explore the environment at their own pace than telling them a narrative.

Characters in Kenshi may be thieves, traders, rebels, slaves, farmers, or just food for the cannibals placed in a harsh post-apocalyptic world.

At the beginning of the game, the player has no abilities and tries just to survive and stay alive in the harsh environment. The player may expand their team by recruiting additional characters and building up their skills, such as thieving, which is leveled through stealing stuff, or killing, which is leveled in combats. And what is best, as you play, you have the ability to create a team made up of members from a wide variety of groups and species.

Numerous non-player locations may be found throughout the world of Kenshi. When a significant person dies, the game’s world state mechanism triggers a response. These responses to power vacuums might lead to new cities being taken over by new factions or new places being established.

It’s not simply a matter of aesthetics when it comes to Kenshi’s zones – they have distinct attributes including soil type, specific terrain, and resources, that’s why building outposts requires players to consider these aspects. Weather is an ongoing issue during the game, with certain varieties (such as acid rain) producing negative consequences such as illnesses. Aside from the weather, Kenshi has a harsh damage system, where it is possible for limbs to be amputated or injured as part of the damage mechanism.

For your first several hours, you’re just another poor scavenger, lurking in the shadows, leveling up your stealth, and running in after the battles between the different groups and animals to scavenge the bodies.

As you advance in the game, you may find new characters that you can manage in the same way as your original characters mostly through random interactions.

In order to develop a self-sustaining colony, you may have many squads in various regions of the world, or you can teach new members to be farmers and workers. This is when Kenshi really shines as an excellent strategy and management game, as you investigate technology, develop structures, and give employees extensive lists of automated duties, such as mining, farming, and construction, to do.

Settlements have their own perils, such as bandits and animal attacks, as well as severe taxes and other area restrictions that you should consider if you choose to settle near a city.

Combat is automated, however, you may experiment around with squad formations, defensive stances, and ranged attacks to make slight adjustments.

Talking to other players will get you a few assignments, but the finest missions come from Kenshi’s systems. There are some in-game tutorials, but the user is mostly responsible for their own progress.

If you’re a fan of Kenshi’s open-ended gameplay and the fact that you can do pretty much whatever you want, this is the perfect game for you. It is rare to find a game that combines so many elements like city-building, survival, open-world exploration, combat, and stealth aspects in such a harmonious way.

Can you play Kenshi on Mac?

To play Kenshi on Mac, you need to employ workaround techniques like cloud gaming or emulate Windows through software like Boot Camp, or Parallels. Kenshi cannot be played natively on Mac because the game has no official support for Mac OS.

However, Mac users reading this should not be disappointed by the absence of a Kenshi Mac version since there are still alternatives for this game to be played on a Mac with acceptable performance. Naturally, this will not provide the same level of immersion and enjoyment as playing the game directly on a PC or Xbox, but it is still an option that will give you a lot of fun.

If you’re interested in playing Kenshi on your Mac, you’ll learn about the available alternative methods below, and then choose the one that’s perfect for you.

How to play Kenshi on Mac

Many cloud gaming providers now enable Mac users to play unsupported games on their PCs without having to resort to more complicated workarounds. You may play a game on your Mac by using a cloud gaming service, which streams the game to your computer from a gaming server that already has the game loaded. Think of it as a Netflix or Apple TV for games, where you can stream any game from the service’s library to your Mac if your Internet connection is strong enough. The only thing to remember is that to use this method, you need to own the game you want to play. Two well-known cloud gaming services, Boosteroid and GeForce Now, both of which support Kenshi, are shown in the instructions below.

How to Get Kenshi on Mac?

Now you will need to register for Boosteroid. This allows you to add Kenshi to their Cloud Gaming Library. Once uploaded you can seamlessly play the game from your Mac, TV, or Mobile Device.

One drawback of cloud gaming is that the quality of your gaming experience is greatly reliant on the speed and strength of your Internet connection. If you don’t have a reliable Internet connection, downloading the game on your Mac may be your other option to play.

Downloading Kenshi on Mac from Steam:

You may play Kenshi on Mac M1 if you sign up for a subscription to either Boosteroid or GeForce Now and then stream the game using the platform of your choice. Using Parallels is the other method for playing Kenshi on a Mac M1.

On this page, we offer four different ways to play Kenshi on a Mac, however, only three of them are compatible with M1 Macs. These three techniques are as follows: You may play the game on your M1 Mac with ease by using Boosteroid or GeForce Now to stream it. Alternatively, you can use Parallels to create a Windows 11 virtual machine (VM), after which you can download the game and play it using the Windows 11 VM. Due to an incompatibility between the Windows 10 operating system and the architecture of the M1 chip, the Boot Camp Assistant method is the only one that cannot be used on M1 Macs.